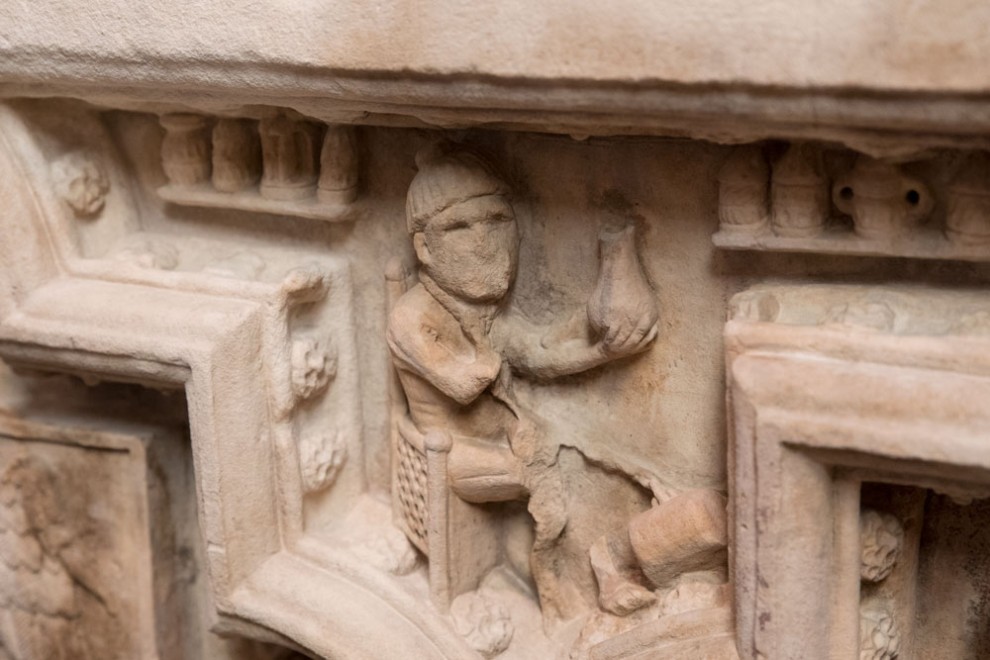 Picture standing in a museum before an empty display case while trying to piece together the history of the imagined object that lies within. Jewish heritage tours in Spain and Portugal can often feel like that, but thanks to three energetic guides offering Jewish tours in Lisbon, Seville and Barcelona, history buffs stand to learn a great deal about seven centuries of Jewish life on the Iberian Peninsula. Paolo Scheffer, Moises Hassan Amselem and Dominique Tomasov Blinder share a passion for informing the world about the legacy of  a people whose history their countries once worked hard to erase.

Lisbon
Our family trip to Lisbon and Southern Spain last May began in the Portuguese capital, where we were met by Paolo Scheffer, historian, master storyteller and descendant of 15th century Portuguese Crypto Jews. Crypto Jews, as the name suggests, were Spanish and Portuguese converts to Catholicism who continued to practise Judaism in secret. Skillfully weaving details about his own story into an overview of post-Inquisition Jewish life, Scheffer walked us through streets where much of that history took place.

Standing before a stall at an outdoor market, Scheffer introduced us to the alheira, a type of Portuguese sausage made with chicken rather than the more common pork variety. Its origin dates back to when New Christians (as they were called by their contemporaries) would hang these sausages outside their doors to dispel any suspicion that they were anything but good pork-eating Christians. Despite such subterfuge, both New Christians and Jews who did not convert often shared the same horrible fate. By way of illustration, Scheffer told us of a 1496 incident in which 2,000 children of Spanish Jewish refugees were torn from their parents’ arms and deported to the Portuguese colony of Sao Tomé, where most died of exposure and starvation.

Ironically, this same period saw the rising influence of astronomer, mathematician and rabbi Abraham Zacuto, an advisor to Christopher Columbus. Zacuto plotted Columbus’s route to the New World in 1492, the same year that King Ferdinand and Queen Isabella expelled him and his fellow Jewish citizens from Spain. Taking refuge in Lisbon, Zacuto was made Royal Astronomer by Portugal’s King John II.  There, his astronomical tables, together with the astrolabe, a navigational instrument Zacuto refined and perfected, helped make Portugal the age’s preeminent world power.

Centuries later, supposedly neutral Portugal played host to both Nazis and Jewish refugees desperately trying to escape Europe during the Second World War. Standing in Lisbon’s popular Rossio Square, Scheffer pointed out the Café Nicola, a favoured spot with Nazi generals. Sitting in a cafe on the opposite side of the square, Jewish refugees watched them warily.

Seville
Brass plaques indicate the location of absent Jewish buildings while a Jewish tomb from the pre-Inquisition period is relegated to an underground parking lot. This strange juxtaposition hints at Seville’s ambivalence towards its Jewish past, an impression we were left with from our half-day tour with Moises Hassan-Amsalem.

The native-born son of Moroccan Jews who immigrated to the city in the 1960s, Hassan-Amsalem made frequent use of his iPad® to illustrate what was a 700-year power struggle between North African Moors and European Catholics for control of the Iberian peninsula. Depending on who was in power, the Jews of the period enjoyed relative autonomy as “dhimmis” (protected non-Muslims) under the tolerant Caliphate of Cordoba, suffered persecution under the Almoravids, a puritan Muslim sect from Morocco or forced conversion when the Spanish Inquisition spread to Portugal in 1496.

The important role Jews in Spain played as money-lenders and occasional advisors to royalty gave them unusual influence and power, but also made them subject to anger and resentment. Massacres in Seville and Barcelona in 1391 would mark the end of the age of tolerance and set off a cycle of violence that culminated a century later in the Inquisition.

Walking us through Seville’s Jewish quarter Hassan-Amsalem made a detour into the Church of San Nicholas. Inside, a shrine dedicated to a child said to be ritually murdered by the Jews of 12th century Zaragoza was once accompanied by a plaque that said as much. While the sign has since been modifed, the shrine itself stands as a chilling reminder that the blood libel accusation still has currency.

An underground parking garage just beyond the Jewish quarter was the final stop on our tour. As we looked at each other uncomprehendingly, Hassan-Amsalem walked us to a back wall partially obstructed by parked cars. Behind a glass enclosure lay a Jewish tomb, one of 182 discovered during the car park’s construction in 1997. There being no chief rabbinate in Seville to decree otherwise, the municipality’s solution is less offensive than it at first appears. One thing was certain. Hassan-Amsalem gave us a glimpse of Seville’s Jewish history that we would never have found in any guidebook.

Barcelona
“Where are your people from?” Dominique Tomasov Blinder seemed genuinely interested in hearing about our genealogical roots before sharing her own—Russian Jewish heritage, born in the United States, raised in Buenos Aires and residing in Barcelona where she is an active member of the Jewish community. Putting down roots in a country that once expelled your ancestors cannot be easy, but Tomasov Blinder is a fighter. When 500 Jewish tombs were unearthed during a 2001 construction project she persuaded a reluctant municipal government to recognize the cemetery as an historic landmark.

Barcelona was home to one of Spain’s most robust Jewish communities until a 1391 pogrom completely ethnically “cleansed” the city. As in Seville, six centuries of absence has wiped out most traces of Jewish life, but visitors to the Jewish quarter, called El Call, from the Hebrew word kahal, meaning community or congregation, will find a number of places of interest. Hebrew inscriptions dotted along the quarter’s walls are actually blocks of stone taken from the city’s old Jewish cemetery of Montjuïc (literally, the Mountain of the Jews). Once the community disappeared in the 14th century, its stones were used as construction material. The quarter is also home to the tiny Sinogoga Major de Barcelona, Europe’s oldest synagogue and a little treasure of a visitor’s centre where multi-media presentations give an overview of Medieval Jewish life.

In recent years, Spain and Portugal have sought to rectify an historic injustice by offering citizenship to the descendants of the once robust Jewish community forced into exile during the Spanish and Portuguese Inquisitions. Each of these three guides represents the revitalization of Jewish life in his or her respective city. Time in their company is time well spent.


Photo caption: The precariousness of Jews in medieval Portugal is reflected in this bas relief carved into a tomb bearing the remains of King Fernando I. The carving depicts his Jewish physician chained to a heavy object in a secured palace room.

For a Jewish tour of Lisbon, Paolo Scheffer can be contacted at totallyjewishtravel.com or info@lisbonexplorer.com