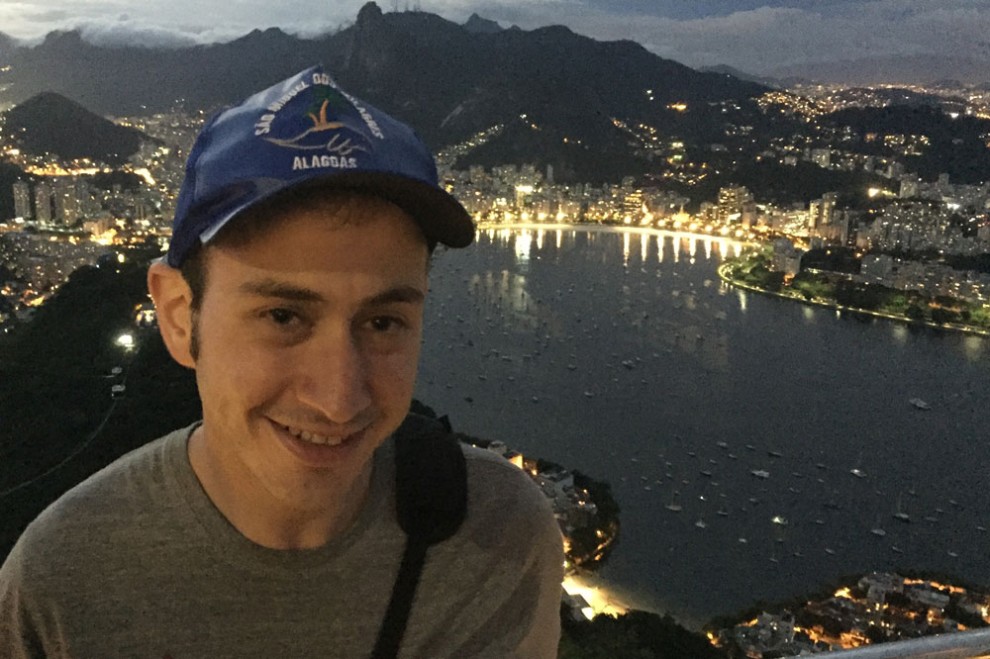 Great countries have poetic titles. Japan is the Land of the Rising Sun, America is the Land of Opportunity, and Brazil is the Country of the Future. (Canada, less inspiringly, is the Great White North.)
I’ve always wanted to visit the Country of the Future, partly out of vague dissatisfaction with my country of the present. Brazil, to me, was Canada’s great South American other. Canada has snowstorms and tundra; Brazil has rainstorms and jungle. Canada is boring and orderly; Brazil is lively and chaotic. Canada has multicultural solitudes; Brazil is an integrated samba. Generalizations, sure, but I’d have to see to know. So this winter (or as they call it in the Southern Hemisphere, summer) I saw.
I stayed with two separate Brazilian friends in separate Brazilian states whom I’d met in separate countries. That two unrelated Brazilian friends would invite me to their homes is a tribute to the warmth and hospitality of the Brazilian people. I came during Carnival, a six-day stretch of communal celebrations only possibly ever matched in North America on V-Day.
We should all, if once, be part of a Brazilian crowd before we die. Put away your phone (really, put it away: it might get stolen), lose your inhibitions, go with the flow or literally get lost. I was moving as a mass through Sao Paulo’s old downtown as the band played atop a flatbed truck. Vendors sold drinks and meats and cotton candy while the costumed and the shirtless danced and chanted down Bolsonaro. The music had just finished when a cry rang out, “Chuva!” (Rain!), and everyone ran.
Rain in Brazil is torrential. So when the chuva came down, we fled for the shelter of a nearby subway station. The door was barred to prevent a stampede, and a crowd gathered beneath the awning. Soaking wet couples made out. The daring pushed against the door. Then a rancid smell, a friend cried “Tear gas!” and everyone ran, again.
Here, the police don’t issue warnings. Tear gas is a first resort. You feel alive in Brazil, but also alive to danger. Military Police carry machine guns at tourist sites. Gated buildings, barbed wire, and concrete walls are signs of security that point to deeper insecurity. But I approached my surroundings as an extended exercise in mindfulness; and anyway, I’m from Hamilton. What can a Rio slum show me that I haven’t seen on the roof of Jackson Square?
Ah, Rio: I’m not one for natural beauty, but the view of the city at sunset from Sugarloaf Mountain—with its beaches, shantytowns, mountains, and jungle—makes you briefly reconsider the notion of a Creator. Even the multinational multitudes snapping infinite selfies couldn’t detract from the genuine awe in the air. My trip to Brazil was decidedly not a pilgrimage, but I did feel that God may have rested here, for a minute, on that seventh day.
Religiously, Brazil is a Catholic country, but Pentecostal “Assemblies of God” dot up around the cathedrals. A particularly ambitious tribe of Evangelicals even built a replica of King Solomon’s Temple in Sao Paulo. The popularity of Israel-identifying Protestantism might have something to do with an unexpected sight for me: Stars of David in Brazil’s northeast.
The state of Alagoas isn’t known for its Jews, but I noticed a number of locals wearing Magen David necklaces. My Brazilian friend thought they were Evangelicals, but I spotted the Star on wooden tchotchkes sold at a market too. Nearby Recife boasts the oldest synagogue in the Americas, and during Portugal’s Inquisition, thousands of outwardly Catholic crypto-Jews moved to Brazil seeking greater freedom. Maybe their descendants are showing off a heritage that only Evangelicals are currently appealing to. An open-minded Chabad rabbi could found a spiritual empire here.
As for me, I interpret the Biblical verse “Go forth from your native land and from your father’s house to the land that I will show you” as a commandment to travel. Not to be a tourist, but to immerse yourself among the nations. Partly just to feel more alive (though the Sages do say “Choose life”), but also because doing so is a reminder that cultural norms aren’t natural laws, that our way of life isn’t the only way to live, that nothing human is alien to me. Every country is a Country of the Future if it shows us these truths, though Brazil, of course, gets the title.