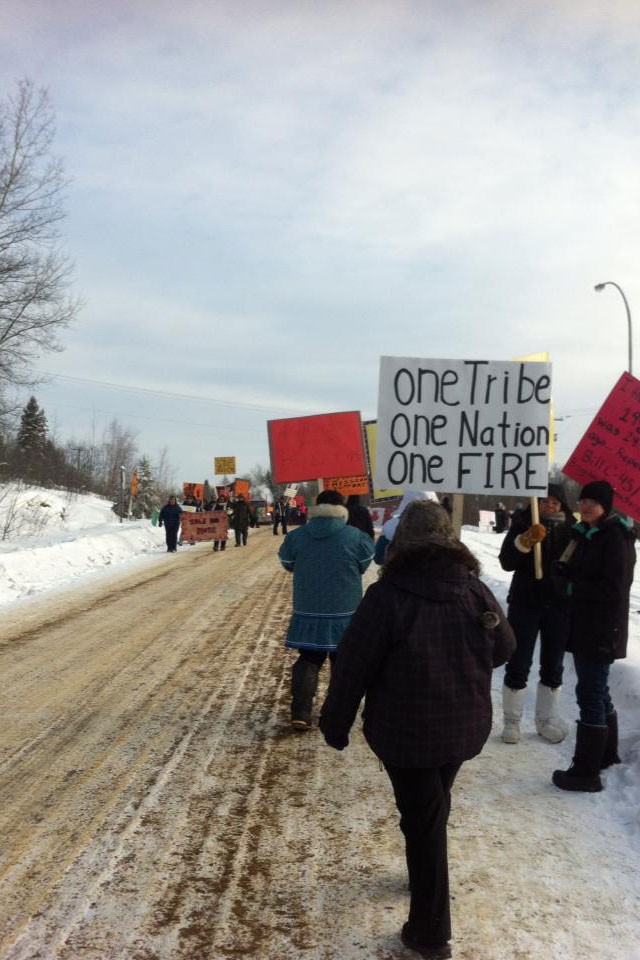 “A life changing experience,” was how Alexis Wenzowski described her experience as a teacher in Northern Saskatchewan.

From August 2009 to March 2014, Wenzowski, who is now director of Hamilton Jewish Family Services, lived and worked in Stanley Mission, a reservation and hamlet of 1,800 people, located about 500 kilometres north of Saskatoon. While she had her own car, driving was a challenge as the roads were unpaved. Winters, which usually began in October, were severe.

Wenzowski was motivated by her desire for a deeper understanding of Indigenous culture and her interest in social change. She took the position in order to make a difference and to learn more about herself.  She was also ready for the challenges of a new adventure. She taught Grade 7-12. While she hadn’t expected to teach subjects such as girls’ gym, her attitude was “you just do it.”

While the first year was challenging, Wenzowski did go on to establish trusting relationships with her students. She asked them to call her Alexis rather than Ms. Wenzowski, as she quickly understood the different social norms in the North. She shared her home phone number with her students in case they had questions, so she was therefore on duty 24/7.

Wenzowski took her students on youth leadership trips and established several new programs and learned first-hand that “Canada could do better” in terms of its relationship with Indigenous people.

This problematic relationship resulted in many social problems in the community. A major issue was the after effects of trauma due to residential schools. In addition, there was crowded housing, acute poverty, addictions and mental health. She described instances in which the RCMP did not deal with situations appropriately.

She also questioned why Northern communities such as Stanley Mission are sometimes under “boil water advisories,” have extended periods in which they lack electricity and have poor mental health resources.

During her time in Stanley Mission, local residents invited her to come to their trap lines, the route along where trappers set their traps, which she considered an honour. She also took part in activities which she had never done before, such as fishing and kayaking. She was willing to “go out of my comfort zone.”

After interviewing Wenzowski, I feel she sees the best in people and has faith in the capacity of community members to help one another. She brought these qualities to her work in Stanley Mission and to her current work within the Hamilton Jewish community. Wenzowski was open and generous in sharing her northern experiences with me. Should you have the opportunity to attend any of her talks on the subject, I highly recommend that you do so.