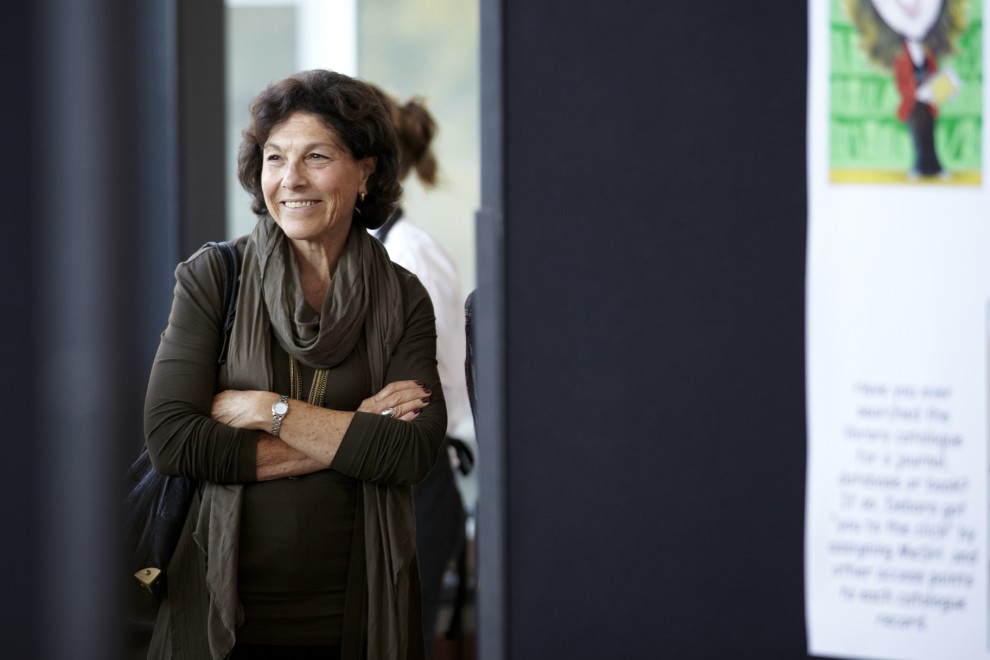 In the nomination package putting forth Susan Denburg for consideration for a YWCA Hamilton 2022 Women of Distinction Award, amid her numerous career and community contributions, a common theme emerges: a leader who brings out the best in others through mentorship, sound advice and a ready ear.

Denburg received a Lifetime Achievement Award in the category of Education, Training and Development category, during the March 3 virtual ceremony.

“I was thrilled and I was humbled,” Denburg says. “Validation from your peers and your colleagues is the most powerful kind of validation. I felt very, very moved that my colleagues took the time and effort to nominate me.”

Denburg is the executive vice-dean and associate vice-president, academic in the Faculty of Health Sciences at McMaster University and a professor in the department of psychiatry and behavioural neurosciences.

Among her many accomplishments, Denburg created a clinician-educator stream for professional advancement and offered mentorship to aspiring leaders who have gone on to hold key local, provincial and national positions. She also collaborated with Indigenous and non-Indigenous colleagues to develop a facilitated admissions process for Indigenous applicants to the MD program, to establish the Indigenous Students Health Sciences office and more recently, to set up the Indigenous Health Initiative in the Faculty of Health Sciences.

Denburg spearheaded the creation of innovative professional programs, such as the Physician Assistant program, which was the only one in Canada at the time. She also oversaw the launch of distributed medical education at McMaster, culminating in the establishment of two educational campuses in Niagara and Waterloo.

She also led the Labarge Optimal Aging Initiative, supported the launch of McMaster Institute for Research on Aging and the affiliated Labarge Centre for Mobility in Aging, and helped promote aging as a priority at the university.

Dr. Paul O’Byrne, dean and vice-president, Faculty of Health Sciences at McMaster, wrote in his letter nominating Denburg, “Susan’s example lays the foundation for all aspiring leaders. She has made every effort to stimulate in others, the skills, commitment, and intrinsic drive that are necessary to succeed. She enhances the women around her by positioning them for success through her example, guidance and direct facilitation of connection and partnership.”

In the community, Denburg has been a member of the board of directors of Shalom Village for about 25 years, including as chair from 2009 to 2012. She also served on the board of Chamberworks for 12 years, as well as boards and committees at McMaster, including University Senate and the Board of Governors.

“When thinking about the attributes of a candidate for this honour, I can think of no one more deserving than Dr. Denburg,” Dr. Larry Levin, Shalom Village past president and board member, wrote in a letter supporting the nomination. “Susan has had an immense and positive influence on the lives of countless residents of Shalom Village, as well as having mentored many people, on the board as well as staff.”

Denburg says she is grateful for the support and encouragement she has received, especially early in her career. “If you aren’t bold or a risk taker, get someone to help you. Be honest about your hesitation. If you hide it, you will never overcome it,” she says.

“For me, the most incredible experience has been the opportunity to support others. So, I encourage people to seek mentors and seek allies. I’ve had tremendous support and so I’ve had a lot of opportunities to grow and learn and I hope I’ve given back at the university and also in the community.”