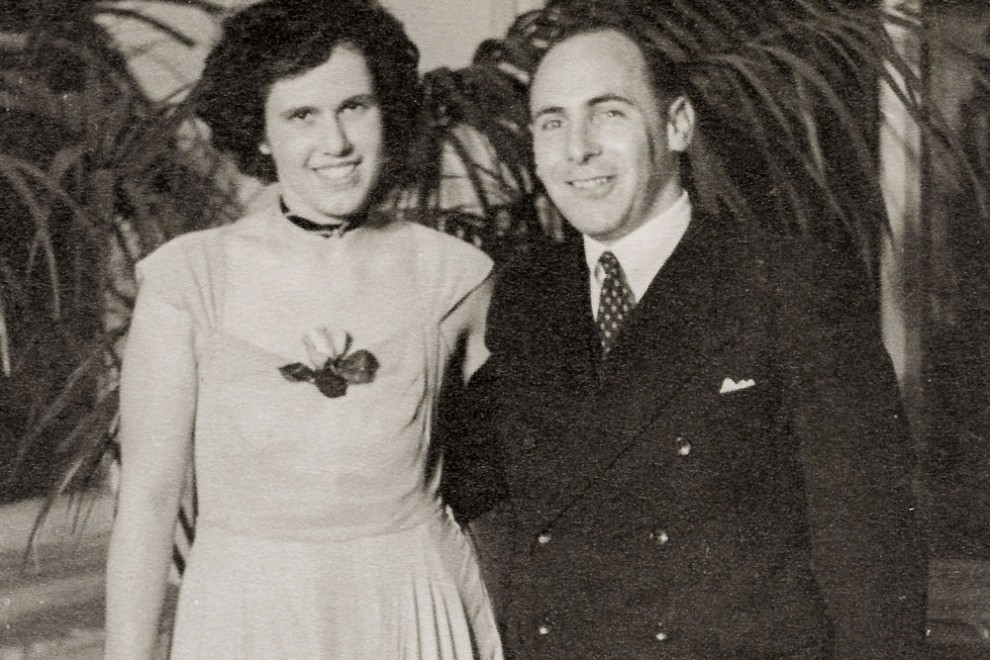 Holocaust education has the potential to be transformative—by inspiring students to think critically about the past and reflect on their own roles and responsibilities today. That is why the Hamilton Jewish Federation is so dedicated to educating the public about the ultimate consequences of hate and intolerance. Last year, Federation’s Holocaust Education programming received a significant boost through a generous gift from Margaret’s Legacy and two families who share a connection to Hamilton’s Jewish community.

A central part of Federation’s annual Student Symposium on the Holocaust at Mohawk College is the presentation of the Sharon Enkin Award for Excellence in Holocaust Education to local teachers who have demonstrated a commitment to teaching students about the Holocaust and its important lessons. Toronto-based philanthropist Larry Enkin created the award in 2011 in memory of his wife, Sharon, whose lifelong involvement with education and community affected the lives of thousands of students.

In 2019, the family decided to fund an additional award to recognize students’ understanding of the lessons of the Holocaust. The winners of the inaugural Sharon Enkin Student Award were announced at the beginning of December.

Another one of Federation’s signature programs is its annual teacher’s seminar on the Holocaust, which was endowed last year by a generous gift from former Hamilton residents Gale Halpern and Peter Jacobs in memory of their parents. Erwin and Lore Jacobs were young teens when they fled Germany for the UK right before the Second World War, only to see most of their family members murdered by the Nazis. After the war, the couple eventually settled in Hamilton and raised their family. In 1990, Erwin applied for compensation for the loss of his family’s factory, which was confiscated by the Nazis on the eve of the Second World War. His death in 1996 set off years of bureaucratic wrangling over the question of rightful heirs. When the restitution payment finally came through in February 2019, shortly before Lore’s death, the siblings decided to add to the modest Holocaust Education fund their father had set up years earlier with the Hamilton Jewish Federation.

“It was a very sad situation for us because this money was so tied to the history of what happened to my grandparents,” said Halpern. “We thought that the best thing to do would be to memorialize our parents whose lives had become much better and stable.”

The inaugural Lore and Erwin Jacobs Holocaust Education Teacher’s Seminar took place on Zoom on Dec. 2. Offered as a free event to teachers, principals and trustees from both the public and Catholic Hamilton school boards, the event featured a keynote address by author Jennifer Teege and a virtual appearance by Gale Halpern and Peter Jacobs, who brought greetings on behalf of the family.  “We thought our parents would be really pleased that it was happening,” said Halpern. “It’s looking towards the future while recognizing the past.” 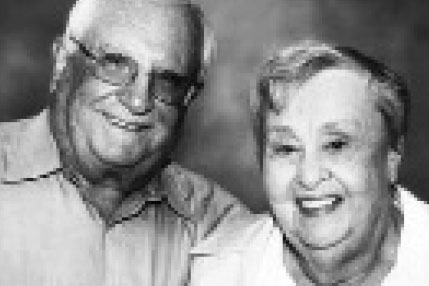 First photo: The late Lore and Erwin Jacobs on their wedding day
Second photo: Larry and the late Sharon Enkin