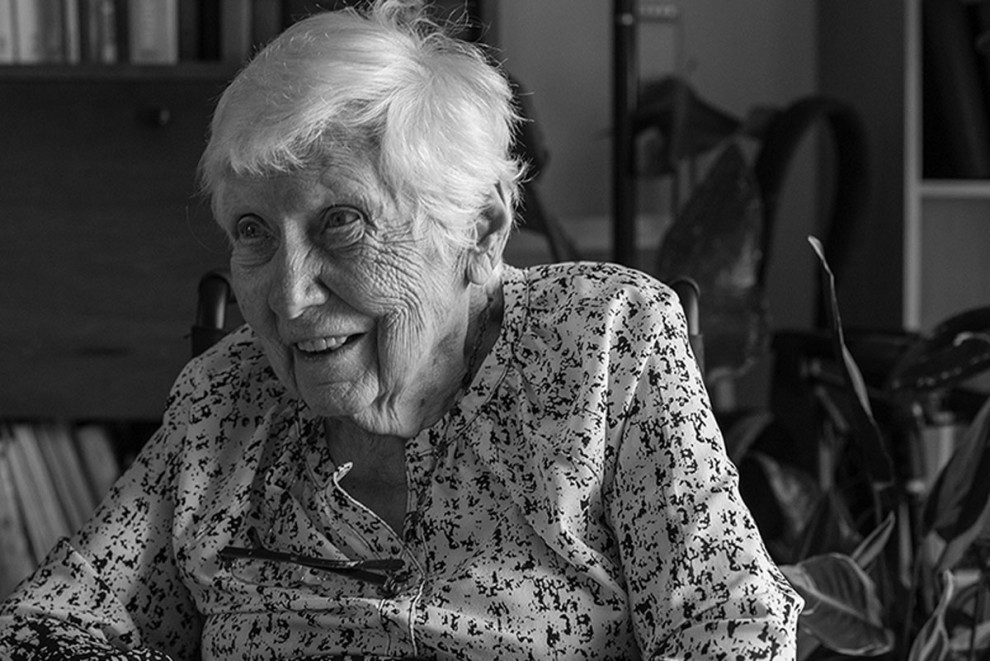 Ahuva Soifer was my havrutha for seven years, but we knew each other very, very little. I want to start with that fact because it shows how much she honoured Torah, and how serious was her commitment to that mitsvah. She let me know early on that she was uninterested in small talk. When I would arrive at Shalom Village, book in hand, she would tolerate me asking how she was with a grim, patient smile. Then we would immediately get to work learning Talmud.

If someone else was there when I arrived, Ahuva would swiftly kick that person out, whether nurse or visitor. I remember her friend Sandy Morris on many occasions opening the door, seeing the two of us, and doing a swift and silent 180, knowing it was pointless to try to interrupt Ahuva’s learning. I even remember arriving when Ahuva was on the phone. She would just put down the phone, sometimes without even bothering to say goodbye, to direct all her attention to her studies. Again, this had nothing to do with me, except that, because she couldn’t see, I was the mechanism by which she was able to read. So all her actions were in honour of Torah.

Even among yeshiva students and others who dedicate their lives to learning, few merit her kind of dedication. May there be many more like her in Israel.

It wasn’t long into our havrutha before Ahuva began to have trouble speaking. Actually, watching videos of her from before I met her, where she speaks like a human essay, I realize now the trouble must have already begun by our first encounter. But even when things got truly difficult for her, she still had a lot to teach me from her facial expressions alone. I remember once we were studying material in Masekhet Pesahim about superstitions. I said, “But Ahuva, don’t you think that if many people repeat a behaviour over many generations, there must be something to that behaviour?” The look she gave me was absolutely withering. Actually there are times in the Talmud where someone says something stupid and one of the sages looks at them and they turn into a “pile of bones” in shame. I’m lucky Ahuva and I didn’t live in times when people had such powers.

Her look was the look of someone who had, too many times, encountered people and communities with goofy, counterproductive, and self-injurious behaviours, behaviours which stick around despite consistent evidence that they aren’t working. One of many times I realized how important it is to learn Torah with a social worker. I am sure her look was also crafted by a lifetime of artificially-imposed, sexist obstructions to her desire to learn and engage with Judaism fully.

If I am being frank, not enough people are inspired by Ahuva. If a legally blind woman who can’t speak and who lives in an old folks’ home can show up for Torah, what is our excuse? We know what is important in life, and consistently fail to show up for it.

Whereas Ahuva was literally unstoppable. Just this week when I came to her bedside to learn the third chapter of Bava Qama, she immediately woke up, reacted at all the right times, and when I put in pauses where she might have once spoken, she exhaled heavily. To me, this means she listened and was learning and had things to say, though she could not express them. Like the prophet Devorah said, “those who love God are like the sun, rising in might.” Devorah picked the sun to show a person who can do mighty things just by being themselves. The sun isn’t trying to be the sun, it just is, but we feel its warmth. That was like Ahuva.