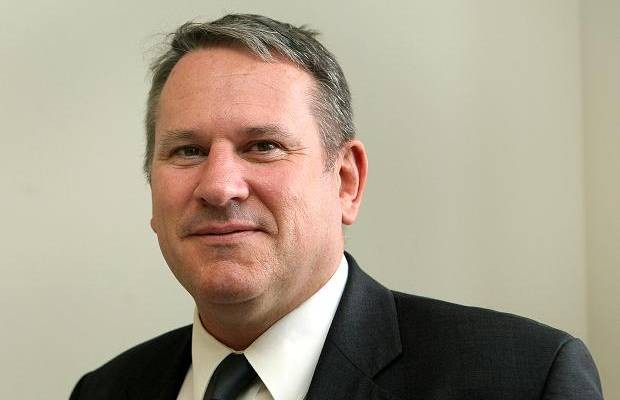 Adolf Hitler called it The Big Lie, and it didn’t die with him.

British terrorism expert Richard Kemp sees it every day, especially when it is deployed against Israel by terrorist groups such as Hamas.

Kemp, a retired British Army colonel, told the launch of the United Jewish Appeal’s annual campaign this week the situation has only been made worse by the Internet and social media platforms such as Facebook.

“The greatest slur campaign in the history of the world has been launched against the one and only democracy in the Middle East,” he told a crowd of about 100 people at the Adas Israel Congregation on Thursday, Sept. 13.

The lie, that Israel is an aggressor state and its armed forces deliberately target unarmed civilians, is repeated so often by Hamas and other organizations, Kemp said, that even some Jews have come to believe it.

“This campaign is getting its vicious, nasty, lying talons into a lot of Jewish people who are being influenced to turn against Israel,” he said. “It just shocks me that Jews can be drawn into this lie. Every time someone is convinced to question the right of Israel to exist is a tremendous victory for the enemy.”

Kemp’s history in the anti-terrorism war is varied – he was wounded while leading British troops against Irish terrorists, he has fought jihadis in Afghanistan and Iraq, observed the Israel Defence Forces in action and even advised the Prime Minister of Britain on terrorism issues. He was so effective at that work he earned a placed on an Al Qaida death list.

Earlier this year that work took Kemp to the Israel-Gaza border when he saw Hamas terrorists drive their own citizens toward the dividing fence in the hope Israel would be provoked to action, killing some of the crowd and provoking international outrage.

Later, he told the United Nation’s Human Rights Council everything its members have been told about the conflict is “a complete distortion of the truth.” (https://www.youtube.com/watch?v=uUKPH0VqZdg)

The lies absorbed by the U.N., he said, included claims unarmed civilians had been intentionally targeted by IDF snipers.

“The U.N. heard lie after lie after lie about Gaza, from delegates who were just sloganizing and spouting scripted lines,” he said. “It was obvious the underlying message was that not enough Jews had died.”

The barrage of lies about the conflict, Kemp added, helped make it seem right for some people to ask why Israel was gunning down refugees who simply wanted a home and drowning out questions about Israel’s right to defend its borders.

Before resorting to deadly force, Kemp said, Israel warned the civilian population of Gaza that violence was possible and they should get out of the way. It also deployed weapons such as tear gas, plastic bullets and warning shots both above the heads of the crowd and at their legs before finally resorting to lethal force.

“What people need to understand is to not get drawn into the belief that the IDF are a bunch of war criminals,” he said. “I was there and I was impressed by their knowledge of the rules of engagement and their professionalism. “The IDF are simply young men and women trying to protect their country.”