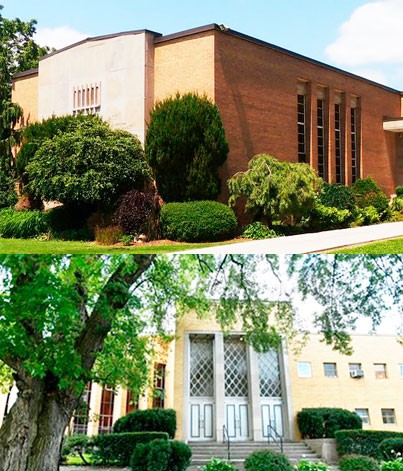 Leaders of Temple Anshe Sholom (Reform) and Beth Jacob Synagogue (Conservative) sent letters to their members Wednesday saying sagging membership and rising debt have forced them into considering a radical plan. Both letters stressed while the boards of both congregations have endorsed moving ahead with the idea, any final deal will have to be ratified by both congregations.

In their letters, leaders of both congregations said member dues, cost-cutting and fundraising drives simply aren’t keeping up with the demands of two aging buildings.

Those problems, they add, have been made worse by the COVID-19 pandemic which has cut deeply into revenues and hobbled fundraising efforts.

“Prior to the pandemic, TAS was already in a difficult financial situation,” Temple co-president Mark Levine wrote. “Contributing factors include a substantial decrease in membership over the past 10 years, and a shift in the demographics of our membership to mostly congregants over 65 years with few young people joining today.”

“Prior to this pandemic, we were already in a troubling financial situation, but we had hopes that expense reductions, a strong focus on budgeting, and revised energy in fundraising would find a solution,” they wrote. “Unfortunately, COVID-19 has moved all of our efforts to finding creative ways to maintain engagement and provide programming and meaningful services, while fundraising events have been cancelled or postponed …”

Beth Jacob leaders said they face the same demographic problem as the Temple – over 60 per cent of current members are over age 65 and “many of our new younger family members are unable to contribute at levels like our founding member families have.”

Despite government assistance, both institutions said all forecasts are for the problems to only get worse.

Talks between the two houses started in and eventually produced a plan under which Beth Jacob will sell its Aberdeen Avenue home and move into the Temple’s Cline Avenue North building.

“The idea is to have the two congregations in one building, in order to find efficiencies by sharing some of the common operating and programmatic costs,” the Temple leader said.

Both groups said many questions remain to be ironed out in a process that could take up to 18 months.

Beth Jacob Synagogue, on Aberdeen Avenue, was built in 1955 and extensively remodeled in 2011 at a cost of more than $1 million. Temple Anshe Sholom’s current home on Cline Avenue North was opened in 1952 and expanded in 1965. Both shuls have active memberships of about 250 families. Hamilton has a Jewish population of about 5,000.

Before committing to study a shared facility the Beth Jacob leadership studied a partial sale of the synagogue building, but concluded “the net financial gain would not meet our needs or provide for a sustainable future. Beth Jacob is in severe indebtedness beyond our capability of servicing such debt in the future. … The math just doesn’t seem to pencil out as a viable solution.”