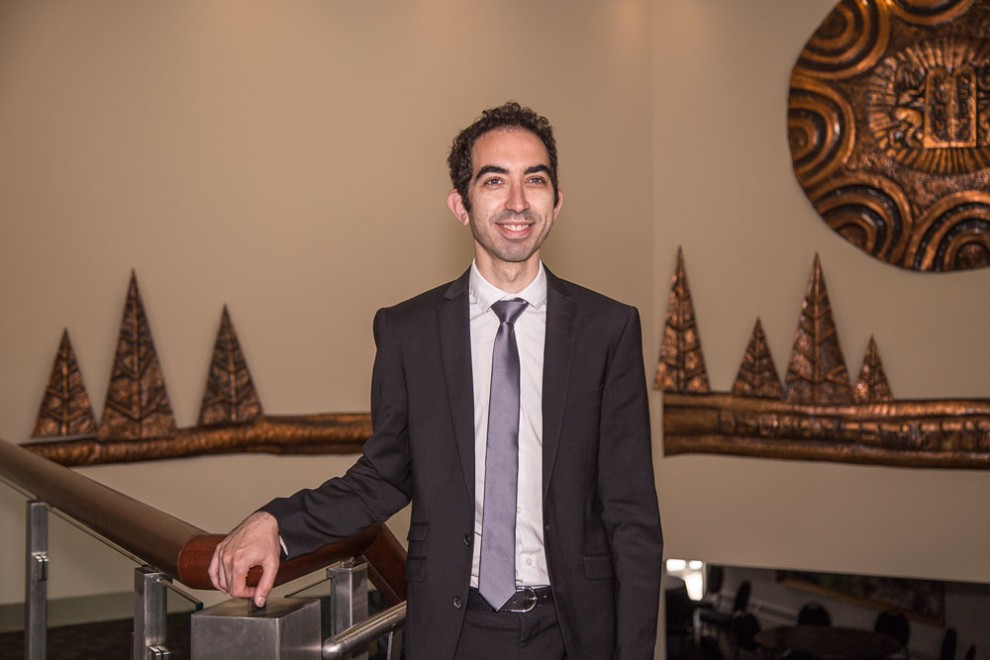 After an exhaustive search, Beth Jacob Synagogue found the right rabbi for its traditional egalitarian shul and are delighted to welcome Rabbi Hillel Lavery-Yisraeli, his wife Yonah and their young son Hisda to the community.

A native of Vancouver, B.C., Lavery-Yisraeli, 38, grew up in a modern Orthodox home. As a teenager, he left home to study at a rabbinical seminary in Skokie, Illinois, before moving to Israel at the age of 19 to continue his studies. Ordained by the Jerusalem Rabbinate in 1996, Lavery-Yisraeli also studied Jewish philosophy at Bar Ilan University.

During the 16 years he lived in Israel, Lavery-Yisraeli would find himself moving away from traditional Orthodox Judaism.

“I started thinking about questions that I felt uncomfortable asking in the orthodox surroundings that I was in,” he told the HJN.

“One of the big areas in Jewish observance which really started to speak to me as a young adult was the question of women’s role in Judaism,” he said, “and I became a very strong believer that full egalitarianism in Judaism is not just valid but is the right thing ... Once that was clear in my mind I did not feel like I really had a home in orthodoxy anymore.”

It was at the Conservative Yeshiva in downtown Jerusalem, where Lavery-Yisraeli would find a position teaching Talmud, that he found spiritual kinship.

“I  felt really at home there. I had  a community of people who loved Judaism and I could be true to myself.”

A position as rabbi of a Masorti (the Israeli name for Conservative Judaism) synagogue in Netanya soon followed. It was during that period that he met and fell in love with Yonah, a fellow Canadian, artist, Torah scribe and soon-to-be ordained rabbi. Their wedding was held on a beach in Netanya, followed by a joyous reception at his shul.

The Lavery-Yisraelis moved to Gothenberg, Sweden, in the summer of 2012 where he became the rabbi of that city’s Jewish community. Gifted in languages, he eventually became fluent enough to deliver his sermons and write in Swedish. In November 2014, Lavery-Yisraeli made headlines in the global Jewish press, after receiving death threats in the wake of Israel’s war with Hamas the previous summer. It felt like a good time to return to Canada.

The Lavery-Yisraeli family arrived in Hamilton in mid-July and received a warm welcome during their first official Shabbat on August 1. Long accustomed to positions where he served as rabbi, cantor and Torah reader, Lavery-Yisraeli says he is happy to share those responsibilities with his new colleague Cantor Eyal Bitton and the lay members of the congregation who also serve as Torah readers.

“When I first visited Beth Jacob I found a really friendly, welcoming and enthusiastic community,” he said. “I really loved how so many people wanted to be involved in synagogue life, whether it’s in the services or in social events. That’s something I believe is very special about Beth Jacob and I look forward to working with everyone and being part of the team.”