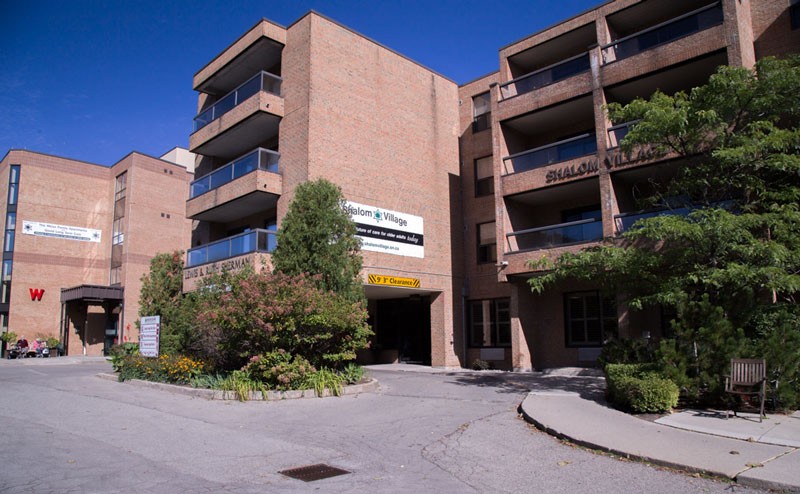 There are no active cases of COVID-19 infections among Shalom Village residents.

Chief executive officer Ken Callaghan delivered the good news Wednesday to the weekly meeting of residents and families, but cautioned it could be weeks before the deadly outbreak at the campus is declared over.

“We are close to being out of the outbreak and hopeful we are coming to that quickly,” he said. “We maintain we will soon be out of this outbreak.

“We are very hopeful that this outbreak will soon be behind us,” he added.

Callaghan said while the infection numbers are promising, the outbreak won’t be declared officially over by the city’s public health department until 14 days after the last active case has been classed as resolved.

There are only two active cases among staff at the Macklin Street North campus now, and they were both infected outside the home.

As the numbers continue to improve, small signs of a return to normal are appearing. The most recent is the start of an exercise program where residents who have been confined to their rooms since March can now get 60 minutes of activity. Residents taking part in the program will be escorted to and from their rooms and will be fully armored in personal protective equipment.

Updates to the community, once daily and now three times a week, will be reduced again to once weekly. Notices will be issued on Wednesdays, starting next week.

Callaghan said second vaccine shots for almost 90 per cent of residents were delivered Tuesday as expected. The remainder of residents received their first shots Tuesday and are expected to get the final inoculations Feb. 23.

As residents bare their arms for vaccine, staff inoculations have been stalled by supply issues. To date, Callaghan said, 70 per cent of the home’s workers have been vaccinated.

As the hope for an end to the outbreak deepens, Callaghan said managers are moving to fully staff the campus. Under a management agreement with St. Joseph’s Healthcare vacant positions have been filled with temporary workers hired through private contractors.

Callaghan said the home has 235 workers when it is fully staffed. About 20 per cent of its positions are currently vacant. In the frontlines, Shalom Village is hiring PSWs, RNs and RPNs. Interviews are also being conducted for a director of care and two assistant directors. Six PSWs are slated to start next week, he said, adding filling available RN slots is proving difficult “because there just aren’t enough registered nurses to go around.”

Shalom Village kept the COVID-19 virus at bay for nine months by being rigid about testing staff and residents and keeping visitors out. It defenses were breach, however, in December. In total, 114 residents and 99 staff were infected and 20 residents died. The last death was in early January.