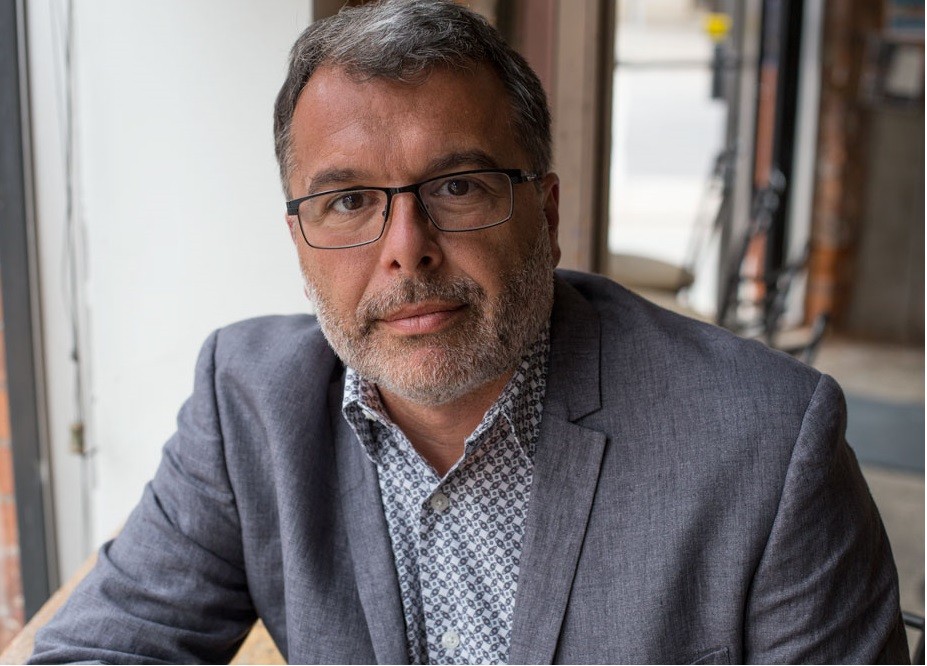 Hamilton Jewish Federation’s new CEO was born and raised in Argentina, but his Jewish professional journey began in Winnipeg. In 1997, Rymberg, his wife Marisa, and their two young children were among the first Argentinian immigrants brought to that city under the Jewish community’s Grow Winnipeg initiative. Deeply appreciative and impressed by the role played by the Jewish Federation in his family’s integration into Canadian life, Rymberg embarked on a career path that would take him, by way of Ottawa and Toronto, to Hamilton, where, as the leading Jewish professional in this community, he intends for Federation to have a similarly positive influence on Jewish life.

Rymberg’s disillusionment with his country of birth dates back to 1994, when Buenos Aires’ Jewish Community Centre, known as the AMIA, was the target of a major terrorist attack in which 85 people were killed and hundreds injured.

“Everything changed after that,” he told the HJN. “All the Jewish buildings had extra security, and even kindergarten children had to go through metal detectors.”

“I was 29 years old. My kids were young.  My wife and I decided it was time to give the kids something better … in a Jewish environment. For us that was very, very important.”

Rymberg’s family were among the first group of Argentinian immigrants to immigrate to Winnipeg under the Jewish Federation’s “GrowWinnipeg” initiative. The welcome they received by the Jewish community would leave a lasting impression.

“What they did for us the moment we arrived was incredible. It’s one of the reasons I appreciate Federation,” he said, recalling the whirlwind of meetings with bank managers, real estate agents and government agencies as well as job interviews, all arranged through its offices.

A graphic designer by profession, Rymberg’s first job in Canada was with a company commissioned to do publicity for the city’s upcoming Pan Am Games, but then a marketing position opened up at the newly opened Asper Jewish Community Campus. Rymberg applied, got the job, and although it was only a part-time position, was “amazingly happy.”

“My life changed when I started working at the Jewish Federation and JCC in Winnipeg,” he said, for it was then that he decided to devote himself to Jewish communal service. His dream, from that moment on, was to work through the ranks and one day become CEO of a Jewish Federation.

After a five-year stint in Ottawa as marketing and program director of that city’s JCC, and seven years in Toronto heading up marketing, programming, and revenue development for its two northern Jewish community campuses, Rymberg has achieved his lifetime goal.

Below, Rymberg outlines what he hopes to accomplish in his new role.

HJN: Why did you want the Hamilton Jewish Federation CEO position?
GR: Because this position offers me the opportunity to really make a difference.  I see it as both different and similar to other jobs I’ve had in the non-profit Jewish world. It’s all about making an impact. When the JCC Association of North America chose me as its young professional of the year in 2003, I thought to myself, here is a guy who emigrated from Argentina and look what he has accomplished. That was very big for me.  Later, I was awarded a JCCA scholarship to get my Master’s in marketing management at Ryerson University. These are just some of the things that the Jewish community allowed me to do, and now I’m happy to be in a position where I can give back and  make a difference in others’ lives.

HJN: What kind of contribution do you hope to make in Hamilton?
GR: The best contribution I can give to this community is to give it what it needs. My goal for the first year here is to discover what this community is looking for and to understand its needs.  I see it as my responsibility to ensure that every Jewish family can have the Jewish life they’re looking for.  I want to establish connections with everyone: the Orthodox, Conservative, Reform, the intermarried and the unaffiliated. Everyone should get what they need.

HJN: What is the essence of Federation’s role in the community?
GR: To open the doors for Jewish experiences and to ensure that every Jewish need in the city is being satisfied, to create the small moments that make big memories. We want people understand that Federation is open to change, that we cannot expect to replicate the same model of Jewish life for the rest of our lives.

HJN: How do you plan to engage Hamilton’s young Jewish families?
GR: Our role is to listen to them and learn from them because we are not them. We’ve had very different experiences, and things are changing. There are a lot of challenges in Jewish life today and Federation has to be responsive to these changes and challenges. How is Federation  going to be part of an intermarried family? How do we give children from all backgrounds a sense of belonging? The important thing is to create as many points at which anyone can feel that they belong.