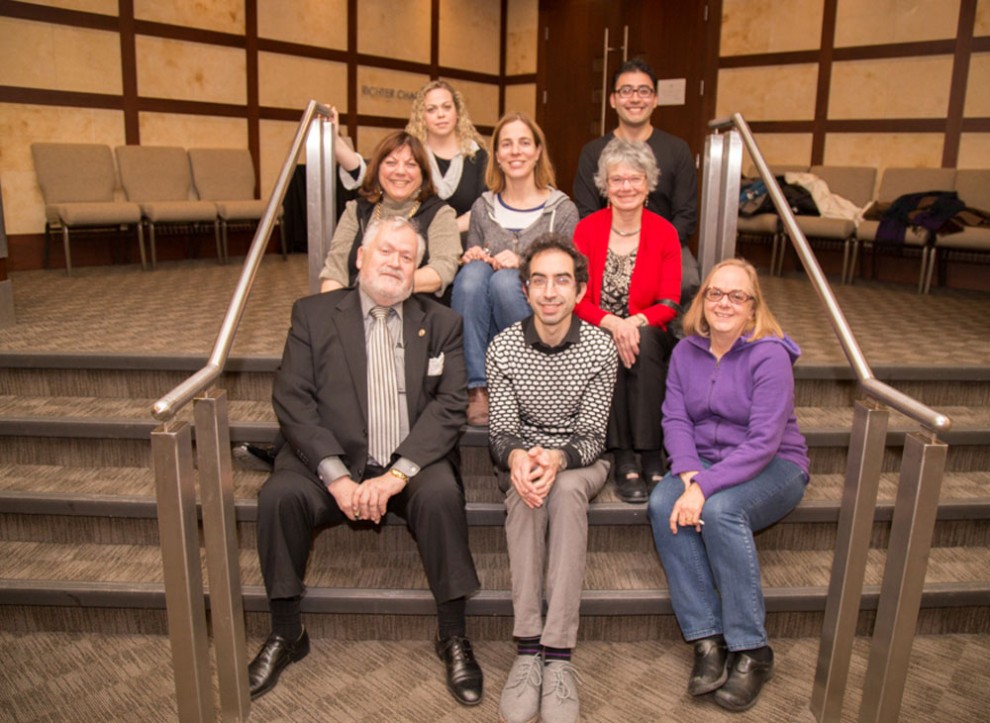 It was the photograph that changed everything. The image of drowned Syrian toddler Alan Kurdi lying face down in the sand on a Turkish beach that appeared on the front page of newspapers throughout the country virtually overnight changed the way Canadians thought about the Syrian refugee crisis last September.

Suddenly, Canadians from across the country were galvanized into action, either offering to volunteer or trying to find information about privately sponsoring a Syrian refugee.

The plight of Syrian refugees has had a particularly strong impact on Jewish Canadians, many of whom see their own past reflected in the surge of mostly Muslim refugees fleeing war and tyranny in the Middle East. While some have questioned the wisdom of taking in a population from a country that is both hostile to Israel and overrun by radical Islamists, for the most part, the Jewish community is playing a significant role in bringing Syrian refugees to Canada, according to the Jewish Immigrant Aid Society (JIAS), under whose auspices some 35 Jewish organizations, including synagogues, schools, private groups and individuals have submitted applications for private sponsorship. Here in Hamilton, two synagogues and a book group are also doing their part.

For Beth Jacob board member Elissa Press, the decision to act on behalf of Syrian refugees came from a small voice from deep inside herself as she was reading the morning newspapers one day last fall.

“This is horrible, this is really the crisis of our time ... People really need to do something,” she recalled thinking, but in the next moment it dawned on her that she herself could do something. “And that’s when I brought it to the board.”

Around the same time that Press was seeking support for refugee sponsorship from her fellow board members, Jerome Bergart was putting the same question to members of his book club. In both cases, the response was enthusiastic. Within a very short period, Press’s committee of 11 had submitted a private sponsorship application through JIAS and identified a family of seven that needed a sponsor through the Hamilton based Immigrants Working Centre’s family unification program. Bergart’s book club, meanwhile, had grown by word of mouth to 35 people from diverse background. They found a family of four through the Anglican Diocese of Niagara. In both cases, a great deal of money was raised in a very short period of time through each member’s personally canvassing friends and family — $50,000 in Beth Jacob’s case, and $40,000 by Bergart’s group.

“People have just been incredibly generous,” said Press. “I think the reality is we were able to raise as much as we did because people wanted to help.”

Both the Beth Jacob and book club-sponsored families are currently residing in Lebanon, and have a family member currently living in Hamilton, who is acting as a co-sponsor. Bergart and his wife, Maureen, have already had several meetings with the sister of the mother of the family they’re sponsoring, through whom they’ve been able to learn a little about the ordeal the family has faced. The woman, who is herself a recent immigrant, told the Bergarts that her sister’s family has had to travel back and forth between Syria and Lebanon several times over the last year.

“They don’t have a permit to allow them to stay in Lebanon longer than 30 days,” said Bergart, “so they’re forced to go out and come back in.”

At one point, the husband was kidnapped by a group in Syria, but has since been released.

“It’s unbelievable what people have gone through,” said Bergart.  “I don’t think they can believe it themselves.”

As of this writing, both committees are still awaiting the arrival of their families, when their subcommittees will kick into action, assisting with areas such as housing, education, medical and assisting with filling out documents. Bergart, who is a member of both groups, expects to be particularly busy. With such dedication, the two refugee families can expect to be well-supported for at least a year after their arrival. As traumatic as their lives have been up to this point, that makes them the lucky ones.

More than half of the 25,000 Syrian refugees who have been brought to Canada since the Trudeau government came into power are having their resettlement expenses picked up by the government. It is government-assisted refugees who have been settled in Hamilton to whom Temple Anshe Sholom will direct its humanitarian efforts through a partnership with Wesley Urban Ministries.

“We found out that the government sponsored refugees are probably going to need more help than the privately sponsored ones,”  said Irwin Rodin, chair of Temple’s social action committee. “By working with Wesley ... we hope to help with ...  filling out forms, taking kids to school, shopping, and basically adapting to Canadian society.”

The Temple board has also discussed the possibility of creating an after-school program for refugee children to get assistance with homework and English language tutoring.

“We have this facility which is centrally located, so why not share it in a way that can be beneficial to the settlement process,” said Rabbi Jordan Cohen, who envisions Temple Hebrew school students sharing snacks and recreation time with refugee children on Wednesday afternoons.

Not everyone in the Beth Jacob community has been supportive of the synagogue’s decision to sponsor a Syrian family. In her role as committee chair, Press has fielded conversations with a small number of concerned congregants.

“People are worried primarily about security ... and that’s something that we’ve taken very seriously,” she said. Her attempts at reassurance basically come down to one essential point. “During the Holocaust people thought that we were a threat to society, “ she tells them, “and still there were those who … risked their lives to help. To be paralyzed by fear isn’t the right answer.”

Beth Jacob Rabbi Hillel Lavery-Yisraeli has been an enthusiastic member of the sponsorship committee from the very start. In arguing the case for the synagogue sponsorship initiative, he looks to the tradition itself.

“Judaism enjoins us to care for our fellow human beings, especially those who have been displaced from their homes,” he wrote to the HJN. “In an era and a world-atmosphere where people are reluctant to extend to these refugees a helping hand, our moral and religious obligations are significantly increased, as we believe God intended us to be a ‘light unto the nations.’ Our participation in this project is simply correct and proper; the Hebrew term for charity is ‘tzedakah,’ meaning justice. As citizens of the world, this is a minimal responsibility.”

For Rabbi Cohen, extending a helping hand to Syrian refugees is a moral imperative.

“Our values are absolutely clear. We have, as Jews, an obligation to help.”