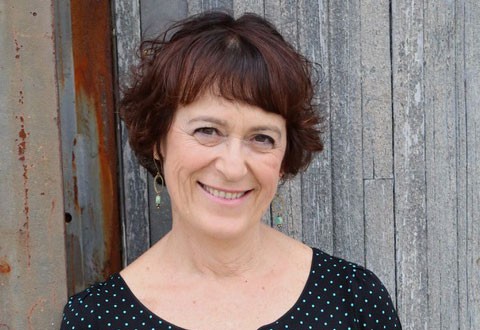 The child of Holocaust survivors, Kathy Kacer always knew she would write about her family history. She also knew she would gear her stories to a young audience.

Twenty years after deciding to become a full-time writer, Kacer is about to have her 25th book published in 2020. A psychologist for many years, working with adolescents and their families, Kacer decided to leave her job to pursue her dream of having a writing career. Her first book, published in 1999, was The Secret of Gabi’s Dresser, which was based on a true story of her mother, who hid in a cabinet while Nazi soldiers searched for her.

“That story of how my mother hid was told to me when I was a child and I wanted to tell it to other children,” said Kacer, who lives in Toronto. “I was so lucky when that booked was picked up by Second Story Press and published. I haven't looked back since then. I never imagined I'd have this full second career. And I never imagined that my books would be published around the world and read enthusiastically by young people.”

Kacer will be visiting Hamilton on Sunday, Nov. 3. She will be discussing her 2013 book, Shanghai Escape, which tells the story of a family who fled Austria during the Second World War. They ended up in Shanghai, China—one of the only places in the world to take in Jewish refugees at that time.

“About 20,000 Jews made it to Shanghai. They lived a difficult life there but most survived, unlike their family members back in Europe,” said Kacer. “I am going to talk about that book and a couple of other books that focus on Jews trying to escape Europe at that time. The talk is geared to teens but also to adults.”

Kacer speaks to children in schools and libraries around the country, about the importance of understanding the Holocaust and keeping its memory alive. In addition, she speaks in universities and colleges on the topic of teaching sensitive material to young children.

“I emphasize that it is OK for kids to be saddened by this history. It's a very sad subject. What we don't want is for young people to be traumatized by this history,” she said. “So, I talk about a number of principles to keep in mind when working with this difficult material in the classroom. I love talking to educators about this.”

Kacer believes it is important to share these stories, especially with young people. “I write both historical fiction and historical non-fiction. Many of my books focus around the lives of real survivors whom I've met and interviewed. But even when I write about a fictional character, I have to be so careful to make sure that the historical context is real and accurate. That's where all the research comes in!

“This history is fast becoming ancient history,” said Kacer. “Now, more than ever, we all need to continue to pass this history on to the next generations. I believe this is our collective responsibility.