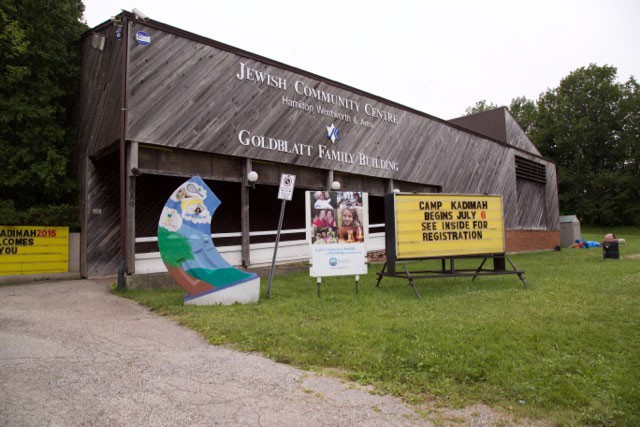 Hamilton’s Jewish Community Centre will soon have a new home. A virtual one. At a community meeting held at the Lower Lions Club building in late June, JCC co-chair Lowell Richter announced that he, his co-president, Ed Zaltz and the JCC board of directors had reached the conclusion that the building was no longer “financially tenable” and that costs associated with its upkeep were “not the best use of community funds.”

In seeking community support to put the building on the market, their recommendation received overwhelming support from those present, several JCC board members and past presidents among them.

The concept of a “JCC without walls” was first raised back in 2007. Gerry Fisher, Federation executive director at the time, recalls an almost two-year period during which a joint Federation/JCC leadership group grappled with the results based on hundreds of surveys, several focus groups and consultations with major donors that showed widespread preference for a continued JCC with an independent and upgraded facility, but considerable ambivalence when it came to supporting such an initiative.

Fisher recalls an almost two-year period in which the consultants developed and implemented a study designed to elicit the degree of community support there might be to finance a major upgrade of the facility and programs. The several hundred surveys, the half dozen focus groups and private interviews with potential major donors revealed a complex set of results, according to Fisher.

“Respondents clearly expressed their preference for a continued JCC with an independent and upgraded facility,” he said, “however, they were far more ambivalent about their willingness to financially support such an initiative.”  In the end, he said, “the results of this fairly exhaustive research led the consultants to suggest that Hamilton — like so many other communities of like size — could be better served  by selling the building, investing the assets and focusing attention on delivering high quality programs and services.”

It was a message that the JCC leadership at that time was not yet willing to accept. Instead, with the assistance of Hamilton native Stephen Adler, then Canadian Jewish Congress’s director of public policy, they put together an ambitious redevelopment plan that called for improved health facilities, office space and meeting rooms, and the conversion of the tennis bubble into a permanent structure. In April of 2008, the plan was presented to the Federation leadership. Five months later, the biggest global financial crisis since the Great Depression erupted. The plan, for all intents and purposes, was abandoned.

When it comes to putting what is happening to the JCC into some sort of meaningful context, there is perhaps none more qualified than Larry Szpirglas, a Hamilton native, former communal professional and past president of both the JCC and Federation. What’s happened to the JCC, said Szpirglas, is symptomatic of what every Jewish institution in this community is facing.

“The issue with the JCC today has to do with its capacity for sustainability, but that story is true for every single institution that we have … I think the leadership in our community really has to tune in to that particular issue,” he said.

Szpirglas said that a limited pool of community funds from which to draw, combined with the disinclination among many young Jews today to affiliate with Jewish organizations, means that our communal organizations are going to have to be as concerned with the well-being of the community in its entirety as they are with their own interests. While no one is happy about the JCC having to leave its current location, the JCC board has demonstrated the kind of courageous leadership that Szpirglas is talking about.

The sale of the JCC is bound to be a complex process. In addition to the building itself, and the seven acres on which it sits, the adjacent 30 acres of undeveloped land fall under the Niagara Escarpment Commission, which renders it, according to Richter, “extraordinarily limited to what it can and can’t support.”  Richter said he’s spent close to two years working with city planners to explore options of what use can be made of the greenbelt-designated land. But at this point, whether the city has any interest in the property, or whether the property could be grabbed by someone interested in developing the site for future development, is up for speculation.

In the meantime, Richter is optimistic that the JCC will be able to reinvent itself. What it has always done best, programs like the Morris Black Public Speaking Contest, Yom HaShoah and Yom Ha’atzmaut, will take place in any number of locations. This is seen as a temporary measure until the ideas and options for a new JCC are explored.

“Our Jewish community is blessed with an awful lot of bricks and mortar,” said Richter.

As for Camp Kadimah, before the Lower Lions Club Road era, it had a long history of being run in various public parks in the area.

The main message that Richter wants to get out to the community is this: “The JCC is not closing. It is transitioning into something that’s more viable, sustainable and efficient.” The deep rooted desire is to create a new JCC with relevant and exciting programs in a welcoming and convenient location.

Larry Szpirglas, a member of that generation of Jewish Hamiltonians for whom the Delaware Avenue JCC was the best part of their childhood years, is sorry to see it leave its current location. “There were some wonderful things that happened there,” he said. But he’s ready to move on and look at the bigger picture.

“It would have been great to have a facility that could have dealt with all the needs that we have, to be the campus we hoped it would become, but today, it’s more about what we can sustain,” he said. “That’s the battle that we have going forward. We can all be partners to building whatever that future’s going to look like, but people have got to get invested in that.”

Speaking on behalf of the Hamilton Jewish Federation, CEO Barb Babij said that Federation fully supports the JCC decision to become more sustainable, and will continue to support the organization during its transition and into its future.

Read JCC Co-President, Lowell Richter's editorial about the future of the JCC.