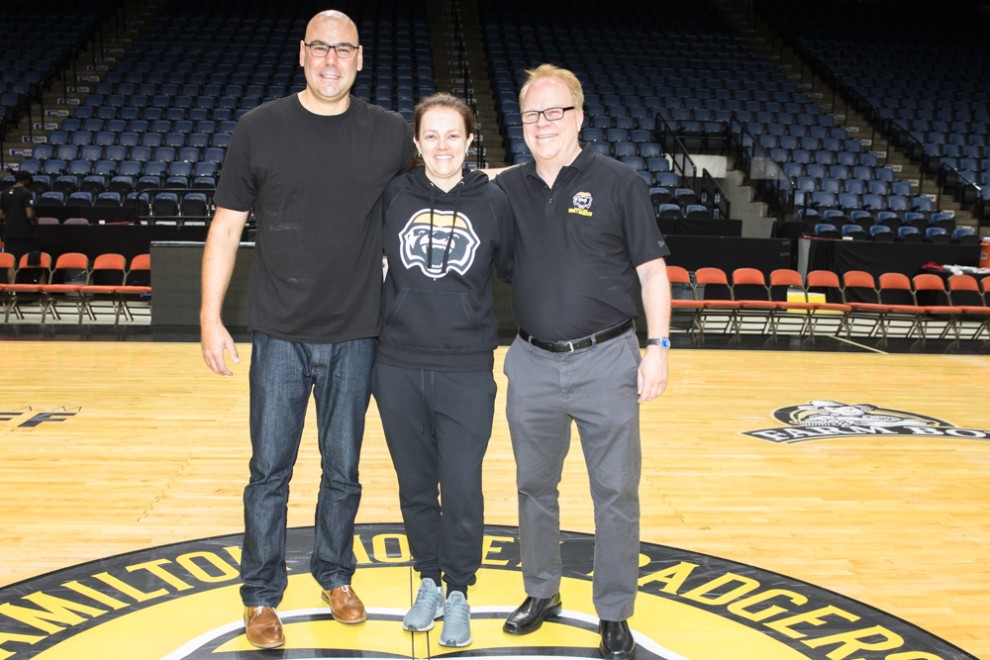 With basketball fever in the air this summer, Hamilton’s newest pro-basketball team is enjoying an exciting inaugural season. The Honey Badgers, one of six teams that make up the newly formed Canadian Elite Basketball League, has an impressive staff that includes head coach and general manager, Chantal  Vallée, the first woman in pro basketball history to hold both roles, and assistant coach Yinon Rietti, who has extensive experience coaching pro basketball in both Israel and the United States. Vallée and Rietti met at the University of Windsor, where the former coached the women’s basketball team to five back-to-back championships. Rietti was her assistant coach for two of those seasons, and Vallée recruited him as head coach of player development.

A date farmer and farming consultant by profession, Rietti spends most of the year on his moshav in the Arava. Whenever a coaching opportunity comes up, however, he drops everything “to jump back into basketball.”

For Rietti, coaching “is not just putting people in the right spot. Coaching is helping people develop. This is my life’s calling.”

Rietti is equally committed to connecting with the local Jewish community while he’s in town — his way of strengthening bonds with Israel on a grassroots level. To that end, he offered the JCC complimentary tickets to a Honey Badgers game in early June followed by a free viewing party of a Raptors playoff game, and JCC program director Aimee Wigley is planning on Rietti making an appearance at Camp Kadimah. For more information about upcoming Honey Badgers games on July 6, 21, August 3 and 14, visit honeybadgers.ca.