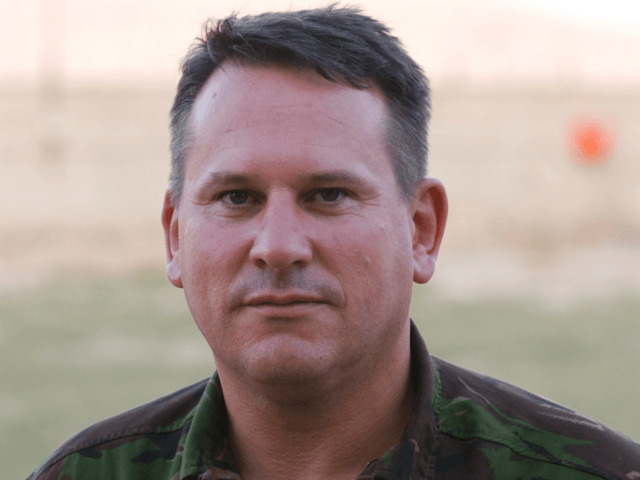 A United Nations report on recent violent clashes along the Israel-Gaza border hasn’t been written yet, but international terrorism expert Richard Kemp already knows it will condemn Israel for defending its borders against armed hordes.

Kemp, a retired British army officer who has watched, and fought against, terrorism around the world for 30 years, will tell an audience in Hamilton Thursday that’s the traditional response of a world community that doesn’t want to face up to terrorism.

In an interview ahead of his appearance, Kemp said the recent attacks on the Gaza border were just the latest phase of ongoing efforts by the terrorist group Hamas to smash the Jewish state.

It’s a campaign built around Hamas’ standard tactic of sprinkling its terrorists among civilians in the hope Israel’s response will result in civilian deaths that can, in turn, spark international outrage against the country.

“By creating a situation of violent disorder, breaking through the fence and attacking Israeli communities Hamas hope to provoke Israel in the hope that Israel’s reaction will result in many of (Hamas’) own people being killed,” he said.

Kemp said the tactic has worked to a degree – even fair-minded citizens around the world who understand a country’s right to defend itself are made uncomfortable by the sight of civilians being shot by Israeli soldiers.

“Even if people are against Israel, most sane people can understand that a country has to respond if it is attacked, if rockets are launched at it or attack tunnels are dug underneath it. Most people can accept that even if they don’t like it,” Kemp said.

When the effort is part of a publicity campaign Kemp describes as “the greatest slur campaign the world has ever seen,” the narrative it creates becomes one the world’s media swallows whole.

“It almost doesn’t matter what Israel does in PR terms,” he added. “What media wants on the whole is a bad news story, they don’t want to hear that Israel does its best to avoid civilian casualties, what they want to see is death, destruction, horror and outrage.”

World leaders unwittingly aid that isolation of Israel by refusing to take strong stands and calling on the world to condemn Hamas terror.

One reason for that failure, Kemp said, is the fear European and western governments have of antagonizing their own growing Islamic populations.

“What is really needed is for world leaders and international organizations like the UN and the EU to outright condemn Hamas, to demand Hamas stop carrying out aggressive attacks against Israel, but they won’t do it because it puts them in a fight they don’t want to be in,” he said.

Other factors behind anti-Israel attitudes include western fears of angering the Arab countries that control world oil supplies, regrets over European colonialism and outright hatred of the United States, a long-time friend and supporter of Israel.

One small ray of hope in the entire affair, he added, is that some Arab countries are changing their attitude toward Israel as they seek alliances against their common enemy Iran.

Kemp will speak in Hamilton at the launch of the Hamilton Jewish Federation’s annual fundraising campaign.

The launch is set for 7 pm, Thursday, September 13 at the Adas Israel Congregation at 125 Cline Ave. S. Admission is $20.