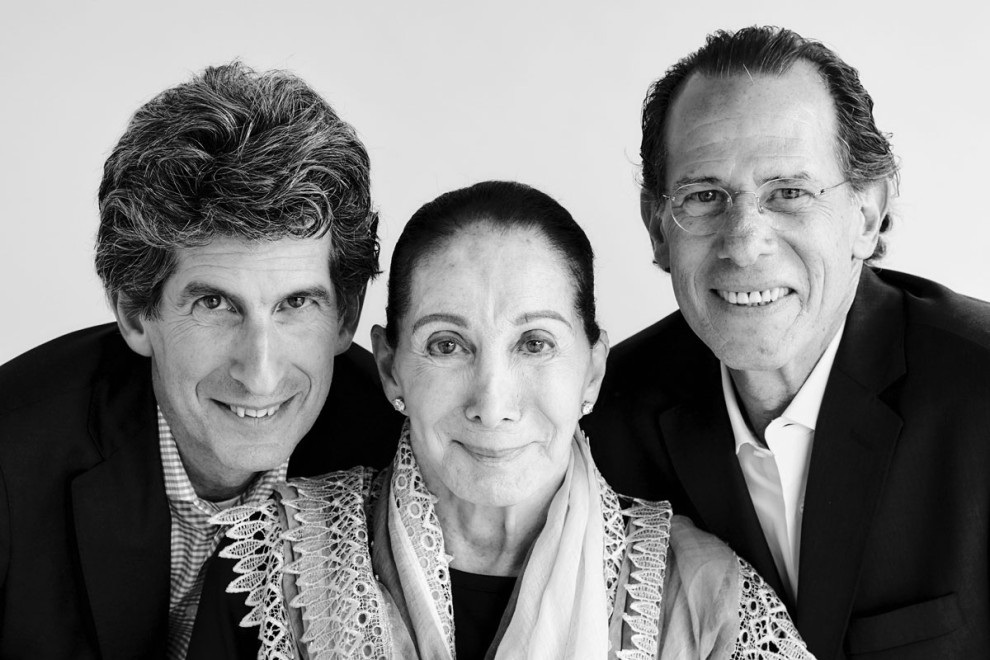 The Hamilton Jewish News (HJN) has received a generous gift of $15,000 from the Allen and Milli Gould Family Foundation, the largest single donation the community newspaper has received in its 35-year history.

The donation will enable the newspaper to explore new initiatives for its print publication as well as its website, hamiltonjewishnews.com, including an expanded pool of paid contributors, and an increased focus on digital-first content, podcasts and multimedia projects.

In discussions with Federation and the HJN over the summer, Ben and Mark Gould, who have been long-time supporters of the newspaper, demonstrated a clear understanding that niche media face significant challenges in the digital age, and they affirmed their unwavering support of the Hamilton Jewish News and their commitment to its future.

“Many of us still appreciate a printed paper delivered to our door. However the cost of production and distribution have made the printed word more difficult to sustain,” they wrote in a letter accompanying their donation. “In that regard, the funding we are providing should be used to modernize the communication to your target audience and be invested to ensure its future.”

The Hamilton Jewish News began publishing in its current form in 1987, but its origins go back nearly 100 years as the CJO News, a communication vehicle created by Hamilton Jewish Federation’s predecessor, the Council of Jewish Organizations. Over the years, the paper has expanded its scope beyond its original purpose to include opinion pieces, features and human- interest stories that collectively reflect a vibrant and diverse Jewish community. As its tagline, “The Voice of Jewish Hamilton” suggests, the HJN offers its readers a sense of unity and acts as a portal to all that this community has to offer. Unlike many Jewish newspapers in major cities that had to give up their print editions due to pandemic-related revenue losses, the Hamilton Jewish News has continued to print and remains a free publication, thanks to Federation funding, support from its loyal advertisers, and more recently, voluntary subscription fees. The Gould Family sponsorship has further strengthened the newspaper’s financial viability, while enabling it to pursue a digital strategy that will serve it well in the coming years.

“Ben and I have been blessed with a Foundation that my parents had the vision to start many years ago ... and Ben and I look at it as a big responsibility,” said Mark.

The brothers have made significant changes to their Foundation over the last year, which include bringing in an advisory board  and laying the groundwork for a future board of directors to bring more structure to its gifting process.

Having an advisory board has opened up a whole new world of funding opportunities, said Mark, that “broadens our knowledge and ability to reach out to communities and programming that we wouldn’t normally be involved with.”

Focusing their philanthropy on Hamilton-based projects in the areas of healthcare, education, children and the Jewish community has allowed the family “to invest in the community and have an outcome that’s really significant,” said Ben, adding, “If we can make a difference at the Hamilton Jewish News  and our gift can move the organization to be more encompassing of different ways of communicating, we think that that’s a wise investment.”

Federation CEO Gustavo Rymberg, grateful for that investment, is looking forward to working with the HJN editor to explore innovative ways to inform and engage the community. “This generous donation will help us develop new ways of engaging with the Hamilton Jewish community and reach a new generation of readers,” he said.

“Anything that I find out about what’s happening in Hamilton in terms of the Jewish community I get from that paper, and if I didn’t have that, I would be completely disconnected,” said Ben. “The Hamilton Jewish News, to me, is a connector, and in that role, it has to connect to all community members.”

“Correct,” said Ben, “but it’s not just one or the other. You need to have a foot in various worlds to make sure that you’re not left behind.”