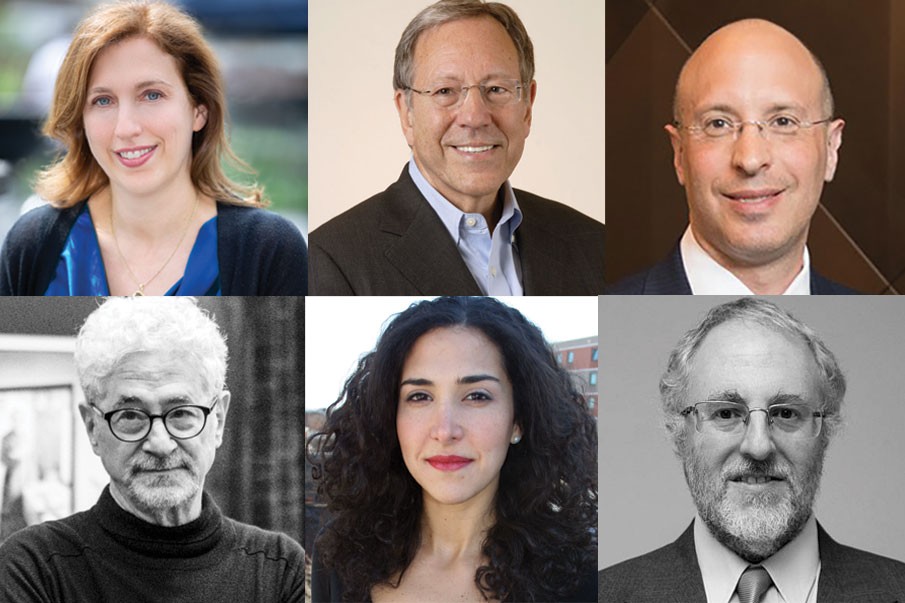 In her many speaking engagements at Jewish Studies departments in universities across North America, author Dara Horn invariably is told by her hosts that their courses on the Holocaust are the most popular in the department. But the question no one ever asks, she says, is why the Holocaust is considered a Jewish subject at all. Why should it be a Jewish responsibility to teach about antisemitism? Shouldn’t antisemitism be something that non-Jews should primarily be thinking about instead? Most of the time, it isn’t. This is part of the goal of Hamilton Jewish Federation’s inaugural annual international conference on antisemitism—to bring together people of all ages, from all communities and ethnic and cultural groups to learn and to dialogue.

Students, educators and community advocates, as well as unaffiliated community members, will be invited to participate in the conference, which will run from Nov. 19 to 21, 2022. Horn, the award-winning author of People Love Dead Jews, will be one of many esteemed guest speakers.
Federation CEO Gustavo Rymberg says that Hamilton has had Canada’s highest per capita rate of hate crimes for the last three out of five years. And while the number of incidents targeting Jews, Muslims, Blacks and people in the LGBTQ community is growing, the rate of antisemitic incidences is the highest.
“Hamilton has been called the ‘hate capital of Canada.’ That is a terrible thing to have on our back,” he says. “That is why I think it’s important to have a conference here. And to show the country and the world that we’re trying to finish with that stigma. We want to be the capital of good. But the No. 1 reason to hold the conference is to educate. Educating about antisemitism is our obligation and responsibility.”
The conference, which will be held at the Art Gallery of Hamilton and the David Braley Health Sciences Centre at McMaster University, will be delivered virtually and in person to two tracks—one to educators and administrators from public and Catholic school boards, colleges and university students and a second track for community advocates, politicians and the general public.
The #nomoreantisemitism conference will include keynote lectures delivered by experts in the field, as well as an expo featuring book sales, displays and booths hosted by community organizations. It will also include group discussions and workshops.
The speakers include:
• Irwin Cotler, Canada’s first special envoy on preserving Holocaust remembrance and combatting antisemitism
• Dara Horn, award-winning author of People Love Dead Jews
• Alana Newhouse, founder and editor-in-chief of Tablet magazine
• Elisha Wiesel, advocate and son of Nobel Peace Prize winner Elie Wiesel
• Michael Mostyn, CEO of B’nai Brith Canada
• Dr. Robert Rozett, senior historian for the International Institute for Holocaust Research at Yad Vashem, the World Holocaust Remembrance Center, in Israel
• Yoni Berrous, educator, Yad Vashem, the World Holocaust Remembrance Center, in Israel
• Michael Levitt, president and CEO of Friends of Simon Wiesenthal Center for Holocaust Studies
• Shimon Koffler Fogel, CEO of the Centre for Israel and Jewish Affairs
• Jess Burke, director, community training and LGBTQ2+ partnerships, Centre for Israel and Jewish Affairs
• Edward Serotta, director, Centropa Jewish Historical Institute
• Jody Spiegel, director, Azrieli Foundation’s Holocaust Survivor Memoirs Program