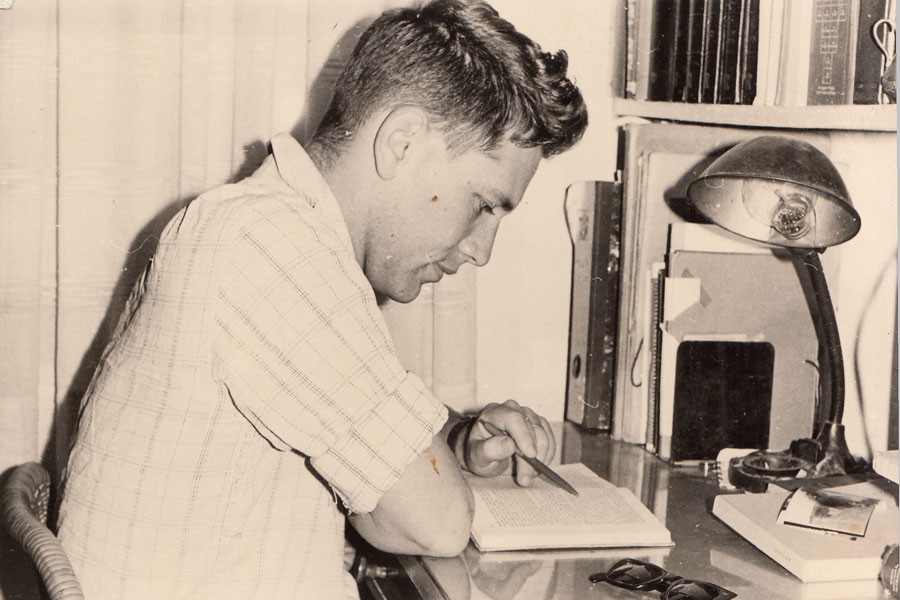 The Hamilton Jewish Federation is excited to announce its upcoming Jewish Film Festival, which will be returning to The Westdale, COVID restrictions allowing, from March 20 - 22, 2022.  The festival, now in its fourth year, is proud of its mandate to bring entertaining and thought-provoking films to engage the broadest spectrum of the Jewish community, and provide an opportunity for the greater Hamilton community to learn about Jewish culture, Israel and Jewish history.  This year’s festival includes four excellent films and two Q &A sessions with film directors who will be coming to Hamilton from Israel and Montreal.

The program opens on Sunday, March 20 at 3 p.m. with the acclaimed documentary The Fourth Window, Israeli director Yair Qedar’s sober and engaging account of celebrated Israeli author Amos Oz’s unusually fraught life. The screening will be followed by a Q&A with the director.

Following the opening reception will be the screening of Golden Voices at 7:15 p.m., a wonderfully romantic film about a married couple who dubbed hundreds of films in their native Soviet Union, but who struggle to adapt to Israeli culture as new immigrants.
The festival continues on Monday, March 21 at 7 p.m. with the documentary Outremont and The Hasidim.  Stepping beyond “clichés” and stereotypes, Outremont and the Hasidim presents the point of view of both the Hasidic and surrounding Quebecois communities in order to discover what divides and what unites them, in search of reasonable accommodation. The screening will be followed by a Q & A, conducted by Montreal native Simon Mendelson, with film director Eric Scott.
The closing film of the festival will be the film Yerushalem: The Incredible Story of Ethiopian Jewry on Tuesday, March 22 at 7 p.m. This compelling documentary brings to life the complex saga of Israel’s Ethiopian Jewish community  through a mix of archival footage and interviews with first and second generation immigrants, Aliyah activists, Mossad personnel, naval commanders and Israeli air force pilots, decision-makers and many others who worked to bring Ethiopian Jews back to their ancestral homeland. McMaster professor Benson Honig will lead a discussion after the film.
For the full schedule and to order tickets click here.
RELATED:
The Hamilton Jewish News interview with The Fourth Window director, Yair Qedar