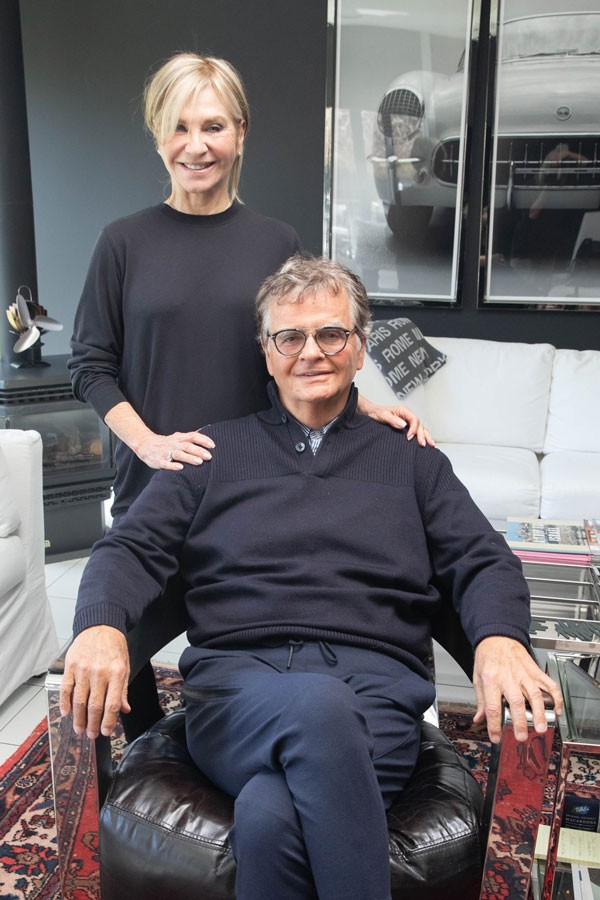 The Hamilton Hebrew Academy has recently received a legacy gift that represents the largest-ever single donation made by an alumnus in the school’s 60-year history.  In an impromptu meeting with Rabbi Daniel Green last October,  David McLean was inspired to dedicate the entire school, currently undergoing extensive renovations, in honour of his parents Jim and Stephanie McLean.  The school will be rededicated as the HHA McLean Educational Centre at a gala event, date to be announced.

The meeting took place last fall following a phone call David McLean made to Rabbi Green about a donation he was planning to make to his alma mater. Sensing an opportunity to share his vision for the school’s future, the rabbi persuaded McLean to drop in for a few minutes.

“There was an annual gift that David generally gives and I think that’s kind of what his mindset was,” Rabbi Green told the HJN, adding, “He certainly did not come in ... to dedicate a building.” But during their walk through of  the building and its surroundings, McLean experienced what the rabbi describes as “an expansion of imagination.”

“He took a look at the panoramic view of the building, the campus, and he said, ‘I want to do this for my parents.’ And that’s how he articulated it. It isn’t about me. It’s about them.”

Jim and Stephanie McLean, together for 57 years and married for 53, have been stalwart members of the Adas Israel and Hamilton Hebrew Academy communities for nearly as long. Jim McLean converted to Judaism shortly before the couple was married and, from that day on, fully committed himself to living life as a Jew.

Rabbi Green first got to really know Jim McLean during a memorable March of the Living tour in 1989. “We were on the bus coming out of Auschwitz and ...  Jim got up and took the microphone,” recalled the rabbi.  “Basically, he was talking about how bearing the name McLean, people don’t necessarily know that he’s Jewish ... ‘I can tell you from the world I came from, if you think this kind of thing can never happen again, it can.’ It was a very moving speech.”

Jim McLean may often be effusive, but both he and his wife were rendered nearly speechless at their Shabbat dinner table the following Friday night when their son handed them a letter from Rabbi Green extolling their family and informing them that the HHA would hitherto be named the Hamilton Hebrew Academy McLean Educational Centre.  Phone calls to their daughters in London, Ontario followed.

“I just read (the letter) and I started crying,” said the McLean’s eldest daughter Sondy Taran.  Her sister, Stacey Ublansky, said she was both surprised and not surprised by the news, “because that’s David.”

“He has always made these sort of beautiful unexpected gestures and has always been very generous,” she said.  All three McLean children say the Hamilton Hebrew Academy played a foundational role in their lives.

“I always say I feel like I was raised by rabbis,” said Sondy, “and when you’re davening to Hashem every day and learning Torah in a warm environment, it has a major imprint on who you are.”

Stacey, recalling parading down the halls singing during Jewish holidays, said the school  “brought a very joyful aspect to being Jewish.”

As for David, the HHA is like family.  “The HHA helped raise me, my daughter Tia,  my lifelong friends, my sisters, and in many ways my parents too.  The HHA transcended into our home and our lives through my passionate teachers.   I see the same spirit in Rabbi Green and Rabbi Morel which is inspiring. It has and always will be the people that make the HHA so special,” he said.

Stephanie McLean, whose favourite song is Whitney Houston’s Greatest Love of All, told the HJN that the first time she heard the words, “I believe that children are our future. Teach them well and let them lead the way,” they went right to her heart.

That’s why she and Jim could not be prouder that their daughters are so active in London’s Jewish community and that their son has been one of the HHA’s most ardent supporters and effective fundraisers. As if to illustrate her point, Rabbi Green shared two memories, the first of  David standing at the back of the room at countless Adas Israel brotherhood fundraisers bidding up item after item.  “He was doing that because it fit into his whole mindset where he could support a shul, buy gifts for other people, but always position himself in the back of the room out of the limelight.”

The second memory was of David going out of his way at an HHA fundraising dinner a few years back to encourage his former classmates to sponsor a table.  “He wanted to make sure that his class should do a scholarship together ... For him, it was always about bringing more people in. He doesn’t just want to write a cheque. He wants to get people involved and acknowledge the gifts they got in their past.”

The rabbi also had many words of praise for the McLean parents. “Jim is a person who lives and breathes Jewish community ...  and Stephanie, over the years, was very engaged in a very tangible way — front and centre at every event,” he said.

There’s no question in Rabbi Green’s mind that David McLean’s extraordinary generosity can be traced back to the way his parents raised him.

“He’s like an overflowing spring that wants to give, and I think it’s a beautiful thing that he’s concerned about the kids of our community and sees himself sandwiched between his past, the present and the future,” he said. “ I think at the end of the day, the apples don’t fall far away from the tree.”