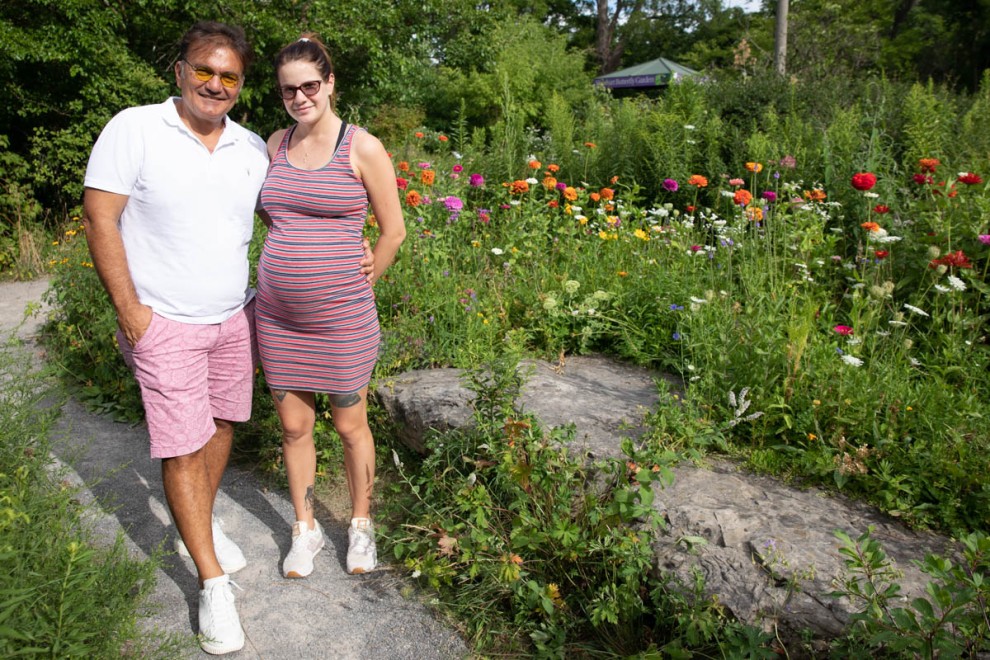 At the end of June, having escaped Ukraine after the Russian invasion, Hanna Khudenko found herself on a new continent. The 26-year-old was seven months pregnant and alone, with just her dog. But she says she put her trust in the people who were trying to help her.

Hanna Khudenko is a Ukrainian national who applied for assistance through Jewish Immigrant Aid Services (JIAS) Toronto. Khudenko is not Jewish but JIAS pledges to help anyone who needs immigration assistance. Khudenko indicated that she wanted to come to Hamilton, so JIAS Toronto contacted Laura Wolfson, who coordinates Hamilton Jewish Federation’s J-Welcome Home  Initiative.

The part-time position was made possible because of the unprecedented success of last year’s Community Campaign, according to Federation CEO Gustavo Rymberg, who said that the community response “in wanting to welcome and support Ukrainian refugees has been phenomenal.”

Khudenko had been staying in Turkey since the beginning of the war. She flew with her dog, Apollon, who had been a street dog until Khudenko and her husband, Murat Gunhan rescued him.

Khudenko stayed with a host family in Toronto for a month and then Wolfson secured an apartment for her and Gunhan as of Aug. 1, which was made possible by the support of Effort Trust and other Jewish community donors. Only a couple weeks after arriving in Canada, Apollon died unexpectedly. Khudenko was devastated, but she said she had to concentrate on her future and the arrival of her husband in August.

Neighbours paid the large veterinary bill, while others donated furniture and household items. Tepperman’s  Hamilton store donated brand new furniture, along with a card signed by all of their staff welcoming the couple to Hamilton. Other volunteers put up curtains (donated by Home Depot) and fixed things around the apartment. A network of Dundas moms who are collecting baby items for Ukrainian families donated items including a crib, high chair, diapers and toys.

“The furniture is beautiful. It looks like a home where you have been for years,” Khudenko says. “There are candles, flowers, frames with photos I printed out of our family from Ukraine and Turkey and of me and Murat. It feels homey.”

When Wolfson told her neighbours about Khudenko, she said they showed up with cash donations, well over $1,000 to help with the couple’s rent and expenses. “It’s been so gratifying to be able to help this family,” Wolfson says.
“Helping other people who are in this kind of situation is not just the right thing to do, it’s our Jewish obligation.”

Wolfson and members of the JWelcome Home committee helped Khudenko apply for OHIP coverage, arrange midwifery care and open a Canadian bank account, which allowed her to apply for the financial assistance made available to Ukrainians in Canada who have fled the war, and to apply for a social insurance number. They also arranged for Khudenko to network with a group of Ukrainians who recently came to Hamilton and people who could help Gunhan find employment.

“I feel like I arrived in the Good Place, like that TV show,” Khudenko says. “Laura is an unbelievable woman and the whole community has been amazing. I was alone without my husband or family and the people made me feel safe. It makes me feel like we can build a future here.”