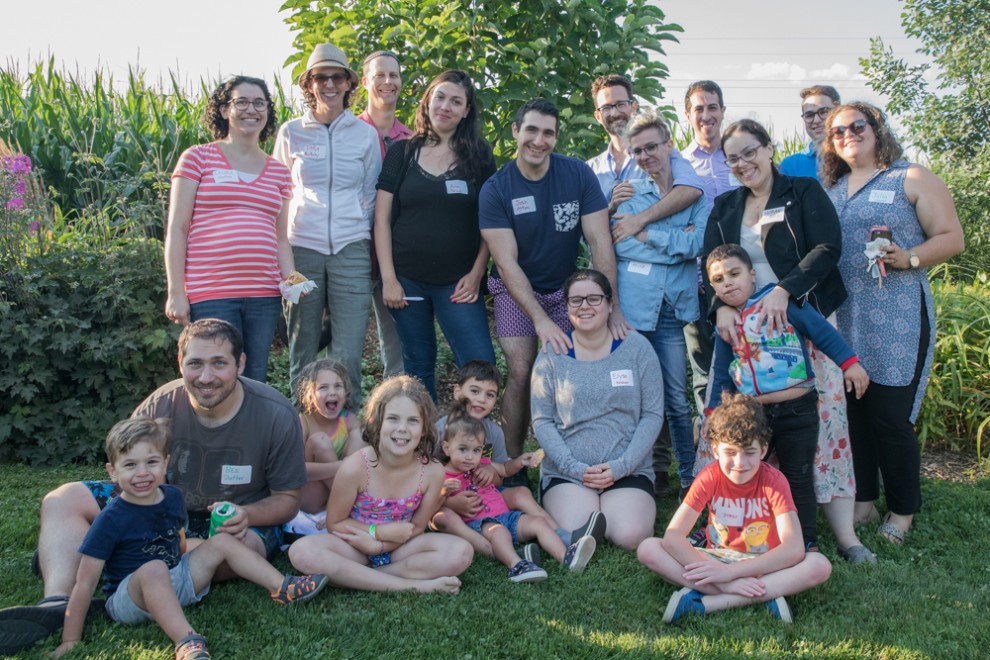 Times change. Communities change.  Results from recent focus group consultations and community-wide surveys is leading Federation to re-evaluate the four pillars that have guided the organization over the last nine years.  Those pillars — assisting the vulnerable, strengthening Jewish identity through Jewish education, supporting Israel, and community development —  were established in 2010.  “We started this exercise to understand whether the pillars were still valid,” said Gustavo Rymberg, CEO of the Hamilton Jewish Federation, explaining that the organization brought in an external consultant to conduct focus group discussions that targeted seniors, young professionals, parents with young children and young adults.  Communal leaders and major donors were also consulted.  “We expected to see major changes in community priorities,” said Federation president Jacki Levin. She was not mistaken.
The top five new recommended priorities that have come out of the strategic planning process are protecting the vulnerable, holding community-wide events, fighting antisemitism, welcoming newcomers and engaging young adults in Jewish life.  The most significant change is that support for Israel was not perceived by the more than 200 people who participated in the process as a priority.  Whether this is due to Israel no longer being perceived as a country dependent on diaspora support or disenchantment with the policies of the current Israeli government is unclear.
“Pew research studies across North America showed that millennials are not joiners and that they don’t feel a close attachment either to Jewish community or to Israel,” said Levin by way of explanation. “The Hamilton Jewish community, in some ways, reflects these trends.”
Howard Eisenberg, who chairs Federation’s strategic planning committee,  said that for him, the three biggest insights “were a real desire to come together as a community no matter what shul you go to, fighting antisemitism,  and a huge desire to involve the young people in our community.”
Judy Rochwerg, a focus group participant said, “I feel like the participants were listened to.” She advocated that Federation continue to prioritize funding educational programs such as Yom HaShoah (Holocaust Remembrance Day), March of the Living and the Asper Foundation Human Rights and Holocaust Studies Program. Rochwerg also spoke of the need to engage 20 to 40-year-olds.
One area that has maintained its position at the head of community priorities is the imperative to take care of the most vulnerable members of the community.
“It was good to see that the community is steadfast in its insistence on assisting the vulnerable,” said Levin. “This is a basic Jewish value and has always been supported by the Federation.”
As for fighting antisemitism,  back in 2010 the issue rarely came up as a concern. That it was identified among the top five of this year’s priorities “reflects the sad reality that Jews are facing throughout the world today,” said Levin.
Federation’s overarching goal is bringing the community together, and both Rymberg and Levin believe that community unity is the key to addressing all of the identified priorities.
The final strategic plan will not be ready until later this year.
“We need to take the time to make sure we have the proper plan,” said Rymberg.   “We not only want to identify priorities but establish how we will achieve them. Our doors are always open and we welcome any feedback. This is community money and we have to spend it according to identified needs and priorities.”