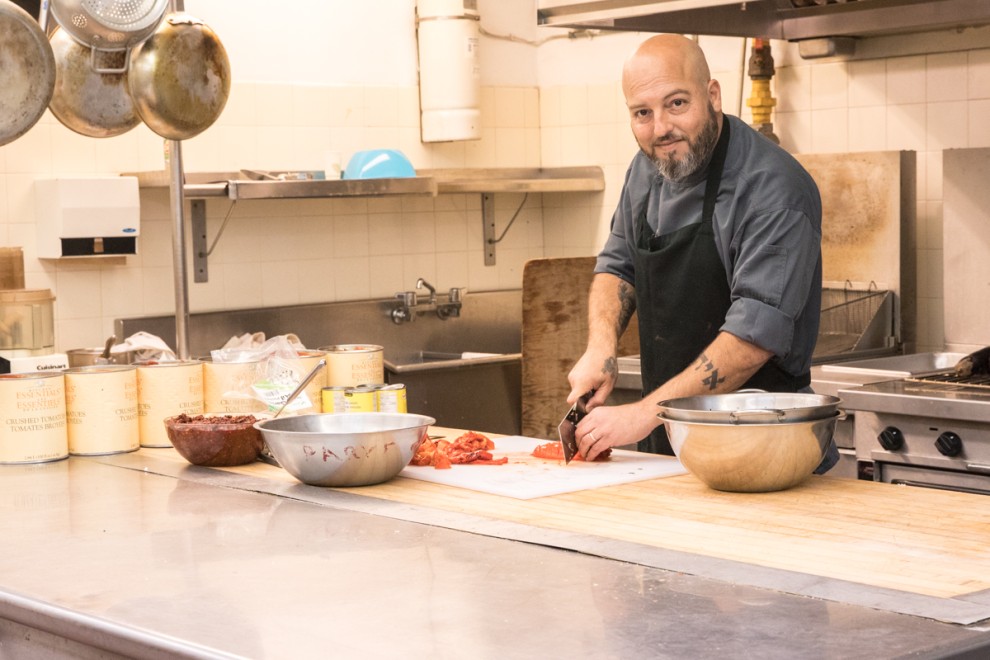 Jewish Hamilton may look back on March 2020 as the beginning of lasting changes in the life of the community. As the coronavirus crisis continues to upend lives and force synagogues, schools and communal organizations to adapt to a new reality, modern technology has become a lifeline that’s allowed many of us to maintain our social and work connections. But while social distancing has helped limit the spread of the virus, low-income seniors and other vulnerable members of our community are in danger from the effects of isolation and food scarcity. Thankfully, Hamilton Jewish Federation and its partner agency, Hamilton Jewish Family Services, have conducted a coordinated response to urgent community needs from the very beginning.  “Our mission came alive during this crisis,” Federation CEO Gustavo Rymberg told the HJN, and the community is better off  for it.

Hamilton Jewish Family Services (HJFS) executive director Alexis Wenzowski remembers sitting in the audience during last September’s Community Campaign opening and being struck by its theme, “Let’s Write Our Story.” Six months later, those words have taken on an added significance she could never have anticipated.

“It’s clear to me now more than ever that Jewish Hamilton is writing a story of a strong, engaged, caring and supportive community,” Wenzowski told the HJN.  “This is a story of partnerships, innovation and dedication, and I’m proud to say that HJFS is playing an integral role in this chapter.”

Those partnerships began in the early weeks of the crisis and continue to this day.  Temple Anshe Sholom and Oakville’s Shaarei-Beth El Synagogue got involved in Federation’s emergency Passover campaign, which saw Passover packages delivered to families in Hamilton, St. Catharines, Burlington and Oakville.  Another iniative has HJFS partnering with Temple Anshe Sholom and Kehila Heschel to grow fresh produce in a community garden over the summer months. The produce grown will be used to feed the vulnerable in our community through the kosher food bank.  Food is also being grown at Grace Lutheran Church, with the support of the HHA.

One of the community’s most significant collaborative iniatives, which  has gotten the attention of UJA Toronto and the Centre for Israel and Jewish Affairs (CIJA), is the Food4U program. This partnership began when local chef Max Bida (read more here) reached out to the Adas Israel Congregation, HJFS and the Hamilton Jewish Federation seeking their help to cook for the community.  Bida’s extraordinary offer prompted the launch of what has become Hamilton’s first kosher meals on wheels program. Still in early development, Food4U is currently providing  30 free meals a week for kosher food bank clients, while providing dozens of paid-for meals through order forms available through the Adas Israel and Hamilton Jewish Family Services.

“A kosher meals on wheels program has never existed in Hamilton, so this program has been really transformative for the community,” said Wenzowksi.

“The success of Food4U is sending us the message that there’s a need in our community for this kind of thing,” said Rymberg. “ It’s part of our role to provide these opportunities.”

Funding for Food4Uwas initially provided through Federation’s emergency Passover campaign, but grant funding from the City of Hamilton, the Hamilton Community Foundation, the Azrieli Foundation and the Lewis and Ruth Sherman Foundation, has since come in, which Rymberg hopes will allow the program to continue for months to come.

By now, one thing had become clear to both Rymberg and Wenzowski. Despite the fear and uncertainty the community was facing, a silver lining has emerged: people want to help.

Calls have been coming in to Federation from donors with offers to add to their Annual Campaign contributions, young adults have responded to a call for grocery shoppers for seniors, and people of all ages are asking what they can do to contribute.

“Between our dedicated staff and volunteers, we reached out to every person in our database through our wellness check-in calls, provided ongoing grocery support to dozens of people and packed and delivered more than 150 Passover food packages. We were able to do all these things because people supported us. Our top donors really rose to the occasion. People who were never involved before have stepped forward. The involvement of young adults has been amazing. Everyone from all shuls are working together and there’s no separation,” said Rymberg.