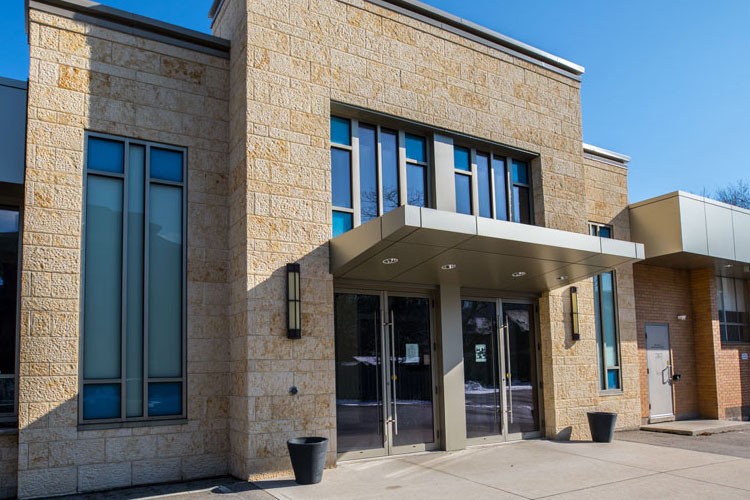 Beth Jacob Synagogue’s building committee and executive held a virtual town hall Feb. 18 to update synagogue members on their work toward possible cohabitation with Temple Anshe Sholom, and to give members a chance to ask questions about the process.

Last June, leaders of Temple Anshe Sholom and Beth Jacob Synagogue sent letters to their members saying declining membership and rising debt compelled them into considering sharing space. The boards of both congregations endorsed moving ahead with the idea, though any final deal will have to be ratified by both congregations.

Leaders of both congregations said member dues, cost-cutting and fundraising drives are not enough to keep up with financial demands of two aging buildings—a situation only worsened by the cancellation of major fundraising events due to the COVID-19 pandemic. Both synagogues said they expect the challenges to only worsen.

At the Feb. 18  meeting, the committee shared results from its research, where they have evaluated various options to solve a problem that many synagogues in smaller communities are experiencing—a change in real estate needs, the costs associated with maintaining a large building and a reduction in membership dues. The committee told members that the cohabitation concept is not new, citing numerous examples throughout North America.

The committee recognizes the potential for other options but says the benefits of cohabitation far outweigh those of other possibilities explored. Cohabitation will lead to financial savings by allowing the congregations to share operational costs and delivery of education. It will also provide greater opportunity for collaborative celebrations of holidays and programing (while maintaining each congregation’s individual identity and services).

Cohabitation would help secure the sustainability of both congregations, while strengthening the overall Jewish community in Hamilton, committee members say. The collaboration is in the early stages and the two groups are working to ensure that cooperation is aligned between the lay leadership of each congregation. The committee says the collaboration phase will allow for full transparency with each congregation and for engagement from their members in determining and identifying needs and terms that will govern a successful cohabitation.

Beth Jacob Synagogue, on Aberdeen Avenue, was built in 1955 and extensively remodeled in 2011. Temple Anshe Sholom’s current home on Cline Avenue North was opened in 1952 and expanded in 1965. Both shuls have active memberships of about 250 families. Hamilton has a Jewish population of about 5,000.