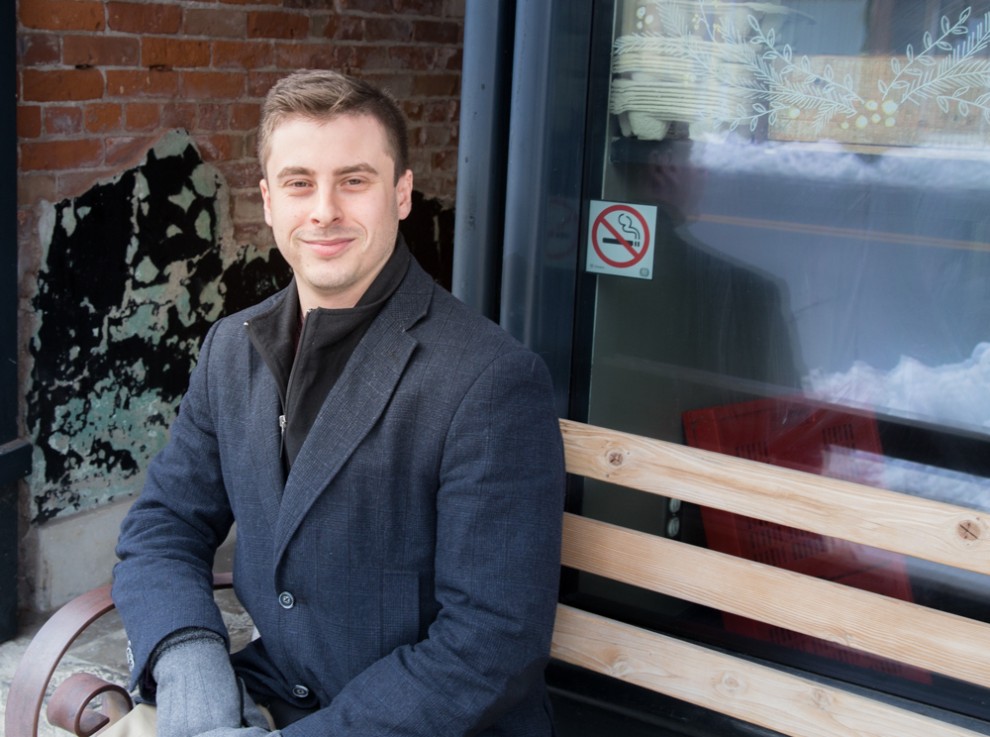 The next provincial election may be a long way off but Ben Levitt is hoping to get young people and members of the community thinking about it now. The 25-year old is running against some serious competition for the Tory nomination in the new riding of Hamilton West-Ancaster-Dundas (HWAD) for the 2018 provincial election.

Born and raised in Ancaster, Levitt is among the relatively small number of Jewish millennials who have succeeded in finding careers in their hometown, a reality that he finds unacceptable.

“We’re graduating people with teaching degrees but there aren’t jobs,” he told the HJN in December over coffee at Dundas’s Detour Café. Levitt said that many of his friends have had no choice but to leave the province to find a job or go overseas to teach English as a Second Language.

As a young person, Levitt says this election is very personal for him, “because our future has been mortgaged by massive debt and our economy choked by red tape.” Skyrocketing hydro rates that have sent companies move to the United States is another factor motivating him to run for office rather than sit on the sidelines.

It only takes a few minutes in Levitt’s company to understand that sitting on the sidelines has never been in the young man’s nature. At the age of 15, he was volunteering in Tory MP David Sweet’s campaign office, where he was put to work scrubbing campaign signs. More than 10 years later, he’s still working for Sweet, as constituency outreach coordinator at the MP’s constituency office for the riding of Flamborough-Glanbrook. Levitt’s volunteer commitments today include sitting on the board of Temple Anshe Sholom and feeding the hungry at Tuesday night’s Out of the Cold.

Just as large numbers of young voters expressed their desire for change by voting out the Harper government, Levitt predicts a similar phenomenon unfolding in the next provincial election, fueled by dissatisfaction with the Wynne government.

“This is going to be a change election,” he said.

The influx of young adults who have moved to Hamilton in recent years is a demographic whose concerns Levitt believes he can represent as both a candidate and future Tory MPP.

“We have to make sure our healthcare system is able to maintain the coming tsunami of aging baby boomers. Every year health care takes a bigger and bigger portion of the budget,” he said.

Levitt said voters can count on his passion to work hard to bring about a balanced budget and get Ontario working again. He invites people to visit his website for more information: www.benlevitt.ca.