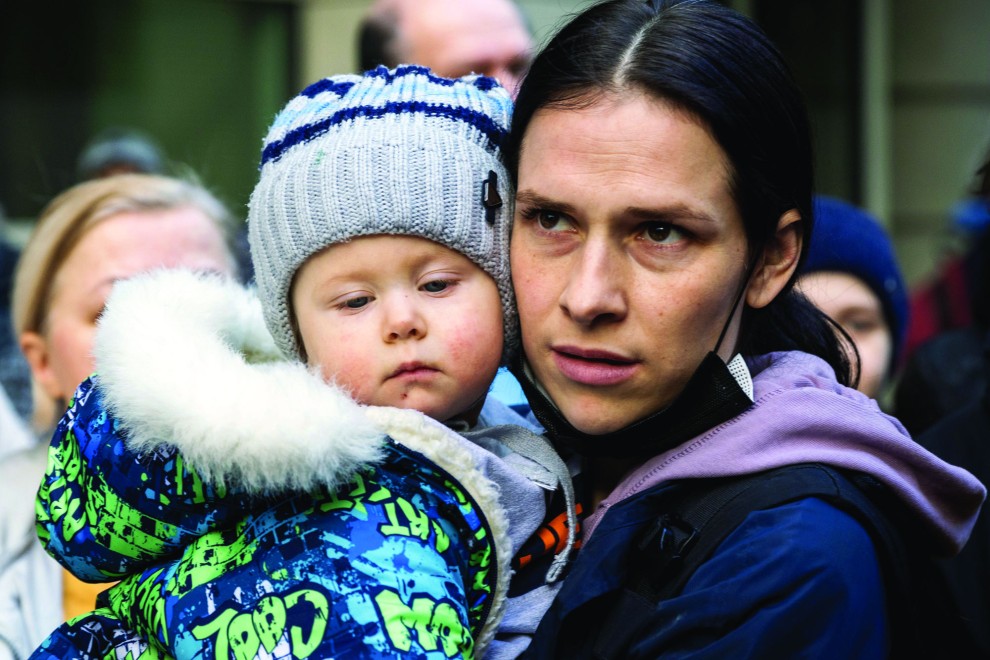 On Friday afternoon, February 25, when it was clear that a full-on Russian invasion of Ukraine was underway, the Hamilton Jewish Federation launched its Ukraine Emergency Campaign.  The community response was immediate and generous — by the end of the Campaign’s first week, Federation received more than $80,000 in donations, an amount that had reached $107,000 by the first week in April.  Those funds are being directed to Federation’s overseas partner agencies, the Jewish Agency for Israel and the American Jewish Joint Distribution Committee, among many others, who have worked in Ukraine for decades and are well positioned to offer humanitarian aid and support.

“This is an important role of every Federation in North America that we don’t talk about unless there is a crisis,” said Federation CEO Gustavo Rymberg. “To be there, to stand up, to support the Jewish people, wherever they are.”

The history of the Jews of Ukraine includes some of the greatest highs and most difficult lows of Jewish history. On the one hand, Ukraine was the site of enormous tragedies such as the Chelminitzky massacres, Babi Yar and the Einsatzgruppen executions.  At the same time, however, it also has a full and rich Jewish history.

Today, some 200,000 Jews remain in Ukraine, although some estimate the number to be as high as 300,000. The majority are native Russian and Ukrainian speakers, and only some of the elderly citizens speak Yiddish as their mother tongue.  Since the fall of Communism, a renaissance of Jewish life has taken place for those Jews who remained in Ukraine, and Jewish communities in many cities and towns have been reconstituted. The main Kiev synagogue located in Podil was returned to the Jewish community in 1945, and for 50 years it was the only operational synagogue in Ukraine. Until the war began, synagogues and other religious and cultural institutions functioned in every place with a significant Jewish population.  Across the country, religious leadership was provided by a number of mainly foreign-born rabbis, many from the Chabad movement, whose roots also lie in Ukraine.

Natan Sharansky, the world’s leading anti-Soviet, dissident Zionist, political prisoner, human rights activist and Israeli statesman, was also born in Ukraine, in the city of Donetsk, which was then called Stalino. But in an interview with Tablet Magazine in March, Sharansky said the current conflict is unrelated to the Jewish question.

“Putin, with all the awful things he is doing, is unique in Russian history for his positive attitude toward Jews and Israel. There are no anti-Jewish pogroms at this stage ... and it’s not the case that Jews are at the center of this,” he said.

Sharansky said the ultimate irony of today’s conflict is how the ways Jews are perceived in the country has completely reversed itself since his childhood.

“When I was growing up in Donetsk, ‘Jew’ was the worst thing you could have in your papers. It was like being born with a disease, and many parents dreamed of how to bribe officers to write in anything else for their children. Today, when refugees move to the border, the best thing they can have in their ID is the word ‘Jew,’ because the only country that sends official representatives there to get people and give them citizenship is Israel.”