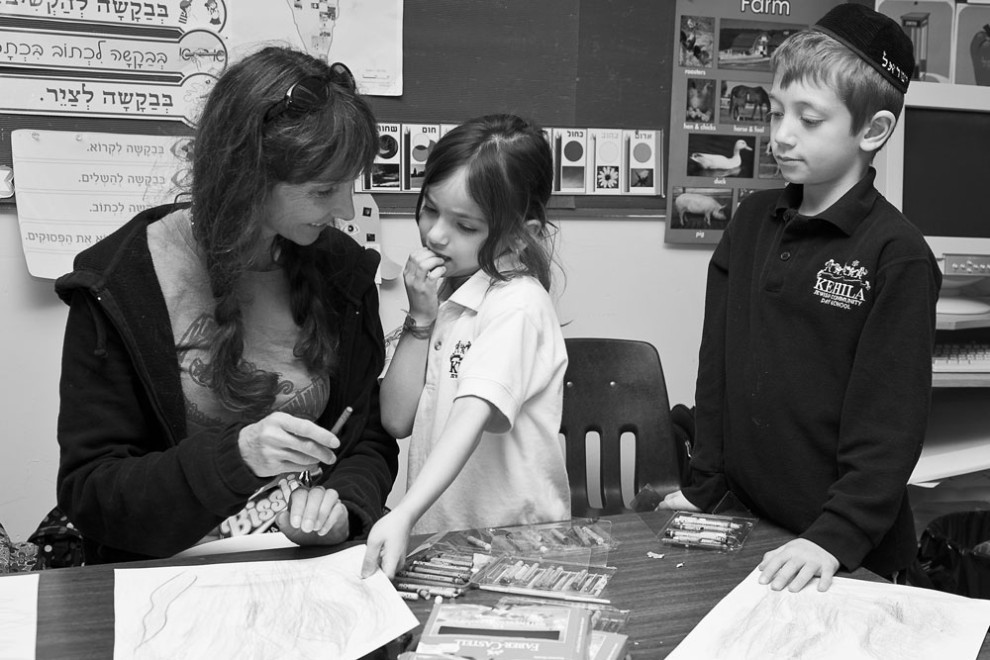 Eighteen years after a group of parents founded Hamilton’s first pluralistic, unaffiliated Jewish day school, Kehila is taking on a new name as it deepens its connection with the philosophy of Abraham Joshua Heschel. Hamilton’s little Jewish day school that could is about to enter a new phase of its 18-year history with a name change and an expanded curriculum that places a greater emphasis on environmental stewardship, social justice and community activism.

Kehila Heschel will open its doors this fall as an affiliated Abraham Joshua Heschel School, along with those in Toronto and New York. The collaboration between Kehila  and the Heschel schools is a natural fit, according to board member, Anita Bernstein, who says that Kehila’s educational philosophy and curriculum has always been similar to that of the Heschel family of schools.

“At Kehila, as in all Heschel schools, the curriculum is integrated to promote learning across all disciplines,” she said. “Learning never happens in isolation, and students are encouraged to make meaningful connections and think about global issues.”

Bernstein explained that, as a Heschel-affiliated school, Kehila teachers will be able to benefit from professional development opportunities in New York and Toronto that will assist them in incorporating social justice activities into the curriculum.

The current spirit of optimism at Kehila hearkens back to its early years when enrolment peaked at 50 students. In more recent years, the school has struggled with low numbers, and very nearly shut its doors back in 2013. Mike Dressler remembers how the then board’s decision to close the school  galvanized a cohort of younger parents to step into leadership positions and “work our hardest so our kids could go into JK.”

Over the last five years, the Kehila board, overseen by Dressler, has focused its attention on recruitment and developing a new tuition fee structure that has made the school more affordable. As a result of their efforts, enrolment levels have sharply increased, with the school offering classes from Junior Kindergarten to Grade 5 in the coming year. The school’s new affiliation, board members believe, has the potential to grow the school to new levels.

“The Heschel educational philosophy is well known and we are anticipating that it will attract people to move to our community,” said Bernstein.

For Mike Dressler, the role that Kehila plays in keeping children in the Jewish education system, cannot be overstated. “There’s a place for the Hamilton Hebrew Academy and a place for Kehila ... The fact that we can provide families with this option is needed in this community, otherwise some families might decide to send their children to alternative private schools or public schools,” he said.

To mark the next phase of its evolution, Kehila will host a gala reunion for all its alumni, teachers, principals and donors this September. Organizers have invited Susannah Heschel, daughter of the legendary Rabbi Heschel, as their special guest.

Bernstein is optimistic that parents who have previously held back from enrolling their children at Kehila because of concerns about its small size will be encouraged to reconsider and help Kehila  grow,” she said. “We built it. Now they can come.”