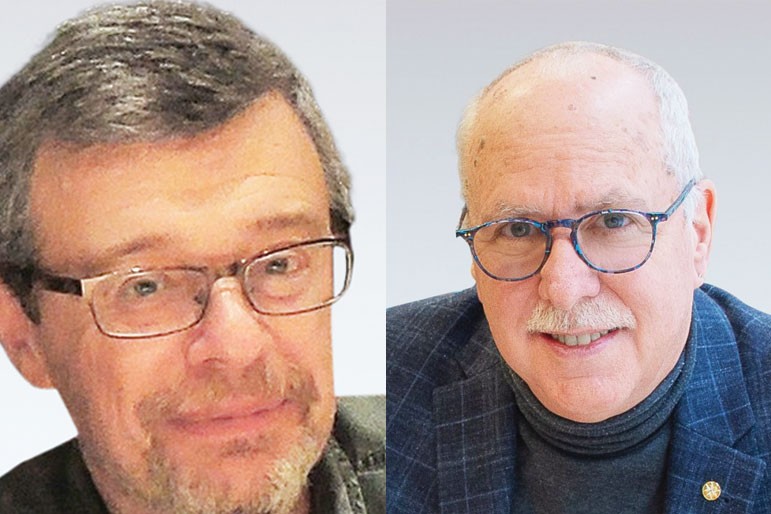 From synagogue and school closures and charities questioning their survival to individual pain and suffering as a result of losing one’s job or not being able to sit by a bedside during a loved one’s final moments, the COVID-19 pandemic has had a devastating impact on Canadian Jewish life.

While some might not see the demise of this country’s only national Jewish newspaper in the same category, when the Canadian Jewish News (CJN) announced in early April that it was ceasing operations, its loyal readership across the country mourned the end of a 60-year-old publication that provided a weekly mix of local, national and international Jewish news, thoughtful commentary, and a sense of national identity.

As it turned out, the mourning was premature. By mid-May, a new, online publication had stepped in to fill the void. The Canadian Jewish Record (CJR) was co-founded by long-time CJN journalist Ron Csillag and Bernie Farber, former CEO of the Canadian Jewish Congress and current chair of the Canadian Anti-Hate Network. Seed funding for the initiative came from a handful of local Jewish philanthropists whom Farber had approached with his vision of having newly unemployed Jewish writers continue to report the news on a pro-bono basis in the interest of keeping Canadian Jewish journalism alive.

At the first meeting of the CJR, which is edited by Csillag and published by Farber, 25 people joined the call, among them former CJN employees, journalism students and  young people with social media expertise. Csillag says there was some discussion in those early days about whether to delay publication to allow for the release of a very polished product.

“Instead we decided to go fast and iron out the kinks as we went along. So we hit the ground running and people knew it and turned to us right away. People are hungry for Jewish news and commentary, even if they disagree with it,” he says.

“Truth be told, without Ron this doesn’t happen. He is the editor and a mover and a shaker. That’s why we’ve been able to keep it together,” says Farber.

Csillag, who was set to retire in June, acknowledges that he is putting in eight to nine hour days.

“I take this pretty seriously, because no one senses the void as deeply as I do,” he says. In addition to assigning stories, liaising with correspondents, and working with his PR people, Csillag edits “virtually everything” to maintain the rhythm of uploading two fresh articles to the website every day. Those articles are written by a team of correspondents, among them, Hamilton-based seasoned journalist Steve Arnold. Other CJR writers based in Toronto, Montreal, Ottawa and Winnipeg are producing “some very professional CJN-level copy and commentary,” said Csillag, adding that he still hopes to find reporters on the west and east coasts to add to the mix.

Farber, who pens the CJR’s weekly editorials, said that despite the publication’s apparent success, the current model is not sustainable. “There is a commitment from a number of people to keep this going. All of us keep putting off winding this down. So as long as it’s needed and as long as there are people willing to write out of the goodness of their heart, we will, at this point, continue to do it,” he said.

Csillag says he and Farber did not envision the CJR as a permanent thing. “Our original intention was to keep the engine of Jewish journalism warm while the CJN reconfigured and figured out what it was doing and maybe came back,” he says. That’s still their hope. But the question remains, if the CJN does come back in some form, does the CJR dissolve itself or do the two publications merge?

Csillag says he is unsure why the CJN went away completely. “I think it was a shame,” he said, adding that, in the month of April alone, close to 200 newspapers across North America shared the CJN’s fate. “The print model, I think ultimately, is what sank us.”

In the meantime, both Csillag and Farber are enjoying doing what they see as a mitzvah to the community.  “We enjoy it because both Ron and I grew up this way (with the CJN), Ron as a journalist and me as the activist,” he said. “Canada is a country of 380,000 Jews, the third or fourth largest Jewish population outside of Israel. It deserves an independent national newspaper.” Until then, the CJR team will continue to strive for balanced news and commentary from all sides of the political spectrum.