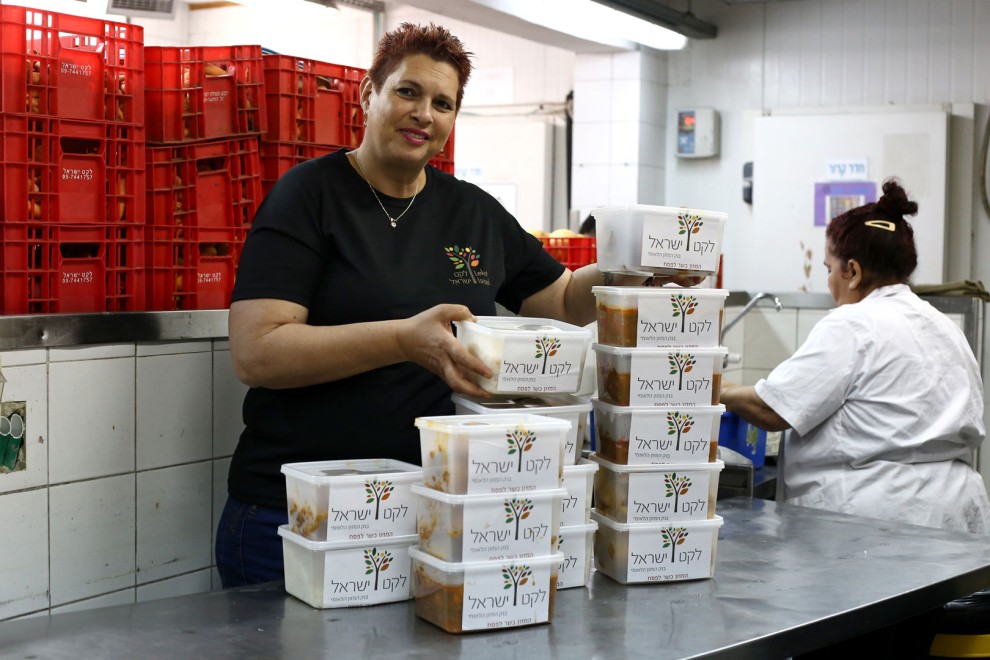 In the spring of 2014, through a dedicated donation of $25,000, Leket Israel – The National Food Bank, began to provide monthly food-purchase vouchers to a select group of Holocaust survivors living in the city of Haifa. Through the project, and with the assistance of the Foundation for the Welfare of Holocaust Survivors, an Israeli organization founded by Holocaust survivors in Israel to aid other Holocaust survivors in need, Leket identified 40 survivors who were in dire need of supplemental welfare help. In addition to delivering the survivors a NIS 250 ($75) food voucher each month for 12 months, the field relations specialist spent time with each of them, surveying their needs to understand how Leket Israel could best assist this vulnerable population group.

In 2018, Ohad Levy began to spearhead the rescue of surplus food from the Israel Electric Company (IEC) cafeterias throughout Israel. When the pandemic caused the cafeterias to close, Levy reached out to Leket Israel to find out if there was any way to continue to provide food to people in need.

“Before the COVID-19 pandemic, we were in a much better place and were able to donate 500 meals daily. We were about to open more cafeterias, and then suddenly everything fell apart. Even though our kitchens were closed, I knew people in need had not suddenly disappeared,” Levy said.

The Leket volunteer department paired Levy with the Foundation for the Welfare of Holocaust Survivors. Since March 2020, a group of some 20 volunteers from the IEC has been delivering Leket’s food parcels directly to each Holocaust survivor who resides in government-subsidized housing throughout the Haifa region.

To Levy, building relationships with the survivors is the most important part of volunteering. Some survivors share their personal stories from the Holocaust, while others ask for help with things that need fixing around their house. Even when the recipients are not eager to engage, the volunteers do their best to see if there is anything they can do to assist. In one instance, scheduling a food parcel drop-off turned into a lifesaving experience. The IEC volunteer, unable to reach a recipient to schedule the drop-off, became concerned and persisted in trying to reach her. Eventually, the recipient answered the phone and disclosed that she had fallen. Levy and other volunteers called for emergency services and went to her house. The fire department had to break down the door to gain entry, and the woman was transported to the hospital. Thanks to the scheduled food delivery, the woman was found and received life-saving medical treatment.

Leket is grateful for its passionate volunteers, whose dedication to both the recipients and to Leket’s mission help provide food to those in need.

“It is my privilege to be able to participate in this project, and our responsibility to help the people in need in our own communities,” said Levy.