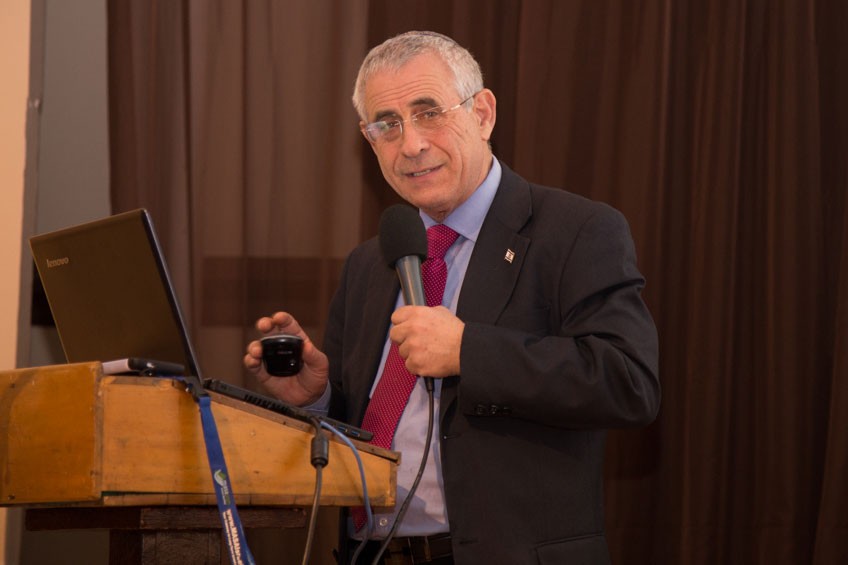 Dr. Mordechai Kedar is a man on a mission. One of Israel’s leading experts on the Arab world, the lecturer at Bar Ilan University’s Department of Arabic was interviewed by the HJN last month ahead of a speaking engagement for lead donors sponsored by the Hamilton Jewish Federation. With the zeal of a missionary, Kedar is intent on getting the message out that the source of the Israeli-Palestinian conflict is not due to Israel’s holding on to territories captured in 1967, but with an Islamic culture that cannot abide the existence of a Jewish state in its midst.

Can you comment on the current round of violence in Israel and the resulting Israeli discourse?
The struggle today is not between the ‘right’ and the ‘left.’ It is between right and wrong. People with liberal views try to downplay the role of religion in politics, because they themselves don’t have a religious point of view, but unfortunately our neighbours remind us again and again that their primary motivation is religious in nature. More and more people in Israel are understanding that  the Left’s message that claimed our neighbours would accept us one day was wrong, and those who were willing to give peace a chance have lost their faith in the whole thing.

You yourself were once affiliated with the left. What happened?
I was an officer in the army in the 1982 Lebanon War and I saw how Ariel Sharon, who was then minister of defense and Raful Eitan, who was then chief of staff, managed the war and I became leftist in my heart.

After the war I distanced myself from anything connected to Sharon and the Likud party and I joined an organization called Netivot Shalom, the religious sister of Peace Now. I took part in activities, demonstrations and all kinds of things in those years. But a few things happened to change my mind. First was when I was offered by one of the Arab activists from the counterpart of Netivot Shalom to resign from the university and they will pay my salary, so it drew my attention to the question, maybe the whole thing is about money.

Another was the eruption of the Second Intifada at the end of September of 2000. I was slightly injured (by a suicide bomber) but this isn’t what changed my mind. What changed my mind was realizing that we were actually facing a jihad and it wasn’t about the occupied territories of Judea and Samaria, but about the “occupied territories” of Tel Aviv, Haifa and Beersheba. Little by little I realized that this was a nice dream led by (former prime minister Shimon) Peres and (former Member of Knesset Yossi) Beilin and some others who dragged (the late Israeli prime minister Yitzchak) Rabin into the trap of signing (the Oslo)  agreement with the Palestinians without any exit.

You’ve been very critical of Shimon Peres and his vision for peace in the Middle East. Why is that?
After the Oslo Agreement in 1995, Shimon Peres took two jumbo jets full of Israeli researchers and high tech people to the Casablanca Conference in Morocco to show the Arab world what Israel can give them: medicine, agriculture, industry, infrastructure, water management — every aspect of life, and every one of them made a presentation about what his company can contribute. But afterwards we started to see articles in the Arab papers accusing Peres of wanting to subjugate the Arab world. … so they interpreted the whole Casablanca conference as a scheme tailored by the Zionists in order to take over the Arab world through all these innovations that they want to insert into our societies. Peres came in good faith ... but they see things from their culture, not from the Israeli culture. Because the Israeli culture means development at any price, solving problems at any price, because this is who we are, this is what we do ... Peres was the worst statesman because he was basing his policy on dreams rather than reality.

The Palestinian narrative of displacement and victimhood appears to have more adherents than the Israeli narrative today. What, if anything, can be done about that?
First of all, I don’t like the word narrative because the word narrative is used for political correctness, in order to show, you know, well if you killed your daughter because she brought shame on the family, we understand it, this is your culture. Your narrative. I don’t buy it. Look even after 9/11 which happened more or less a year after the beginning of the Second Intifada, the world didn’t want to understand that we are facing the same jihad.

What’s that about? Why doesn’t the world want to understand?
Maybe because people were believing that if you just give them the territories, (the Arabs) will love you and kiss you. But the world forgets that before the occupation of Judea, Samaria and Gaza, there was no peace. Jordan occupied the West Bank for 19 years between 1948 and 67, that’s 7,000 days. They had 7,000 opportunities to establish a Palestinian state with east Jerusalem as its capital, so why didn’t they do it? The answer is that, the Palestinians are Muslims so if Jordanians rule Jerusalem there’s no difference, but when Jews rule Jerusalem, that’s the problem.

Is Netanyahu good or bad for Israel?
Netanyahu is a necessity. Because Israel must project power and project the fact that it will be resolute in defeating its enemies. Whoever begs for peace in the Middle East is viewed as somebody who has lost the battle and is begging for his life. It is sad to see the lack of real understanding on the part of Israelis and the rest of the world as to what actually is happening in Israel because there is only one word that describes the truth about what the other side sees as reality ... That word, and it is the only applicable word, is “Jihad.” This, to many Israelis, is the word “that must not be said” because it tells us is that what we in Israel are experiencing at the present time is an Islamic religious war.