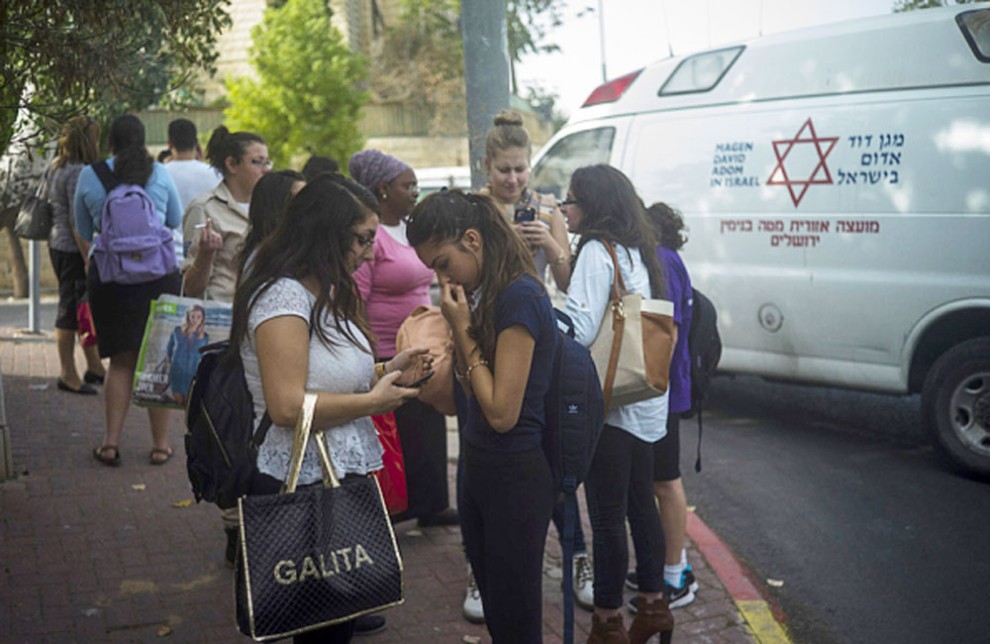 We thought it was over. There was the illusion of quiet. Terror was on the decline. It seemed as though the wave was receding, especially to those who believed that it was just a wave. But the events of the week of March 7 slammed us back into reality. Not once but twice. The relative quiet collapsed, clearing the way for the correct definition: we are on the threshold of a true intifada. Five widespread incidents in two days. Knives and firearms; a fatality, and critically wounded.

The spontaneous “youth intifada” in which we find ourselves is different from other confrontations that Israel has experienced, before and after its inception. These young people are provided with extreme incentives to go out and stab, run over, and shoot randomly. The success of any of these terrorists is instantly widespread and intensified on social media as well as on mass media, turning their acts into models to be imitated. Their modus operandi is to act alone or in pairs using knives, scissors, make- shift devices and weapons. Everything goes. This chaotic model is very difficult to prevent, as the targets are average citizens and not armed security personnel.

The State of Israel has not found a foolproof political nor military method to swiftly thwart these current acts of terrorism. We must admit that with this intifada, we are helpless. Albeit we are not talking about hundreds of deaths or thousands injured as was the case with the Second Intifada. But we cannot indefinitely go about our daily routines and exist without reasonable personal security. More importantly – this impulsive “youth intifada” in its current archetype can, with a flash of one single event, create a fully armed intifada.

If the State of Israel cannot yet accurately provide security against the current wave of terror, it must continue to strengthen efforts aimed at creating an ambience of security. Additional reinforced patrols of police and other security personnel on the streets, especially in highly populated areas, will provide two things: confronting the terrorist with trained and armed defense personnel; thus bestowing the general public with the feeling (or perhaps the illusion) of security.

The concept of terror must be broken down to its elements and a response for each one must be formulated. This calls for a cognizant attack in an attempt to persuade the Palestinians that spontaneous terror is not heroic, but rather that it is reckless.

Terrorism cannot stand on its own. News media and social networks control it easily, exposing it to new audiences. They are the fuel that ignites the combined international campaign against Israel. This campaign is in the political, economic, legal, academic, and public relations arena. It is in universities, commerce, in the streets and in homes.

It is virtually impossible to block the Palestinian social networks and the Arab and Palestinian media, which spread the incitement.

This intifada’s motivations are psychological, religious and cultural. The generator of this intifada, simply put, is one of an intense concentration and motivation toward one result; therefore its prevention, too, should be such.

In this campaign, Diaspora Jewry and the Israeli lobbyists in Canada, the USA and in Europe must assume the defensive position. This is not a simple operation. It is not exaggerating to say that today the international front and its victory is no less important than that of the Israel Defense Forces.

Yossi Tanuri, based in Israel, is the director general  of Jewish Federations of Canada - United Israel Appeal.