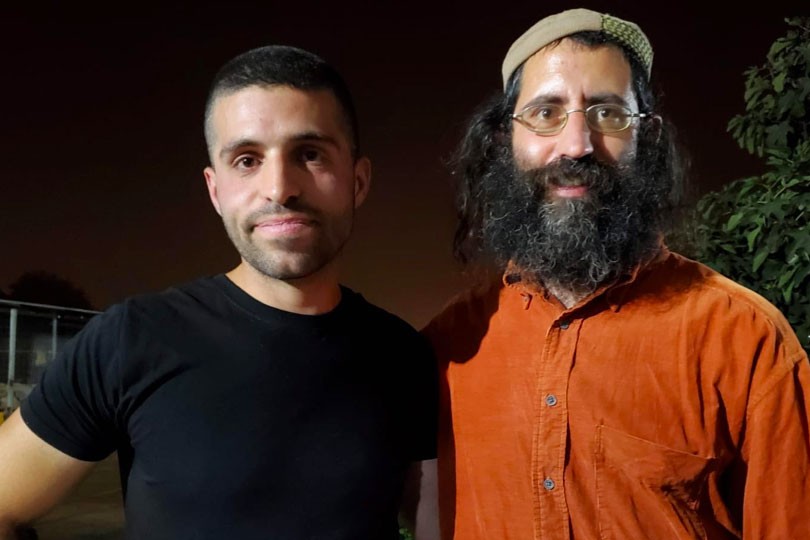 In November 2019, my husband and I, together with our son, had the opportunity to participate in a fascinating tour with Kaleidoscope to Israel.

Kaleidoscope represents the Jewish Agency’s new approach to tourism, with a focus on the vital relationship between Israeli society and diaspora Jews. Our tour, organized by Makom, a project of the Jewish Agency, placed more of an emphasis on giving us an authentic Israel experience over sightseeing, and it was a privilege to hear and get a sense of the full range of the richness and complexity of Israeli life over an intense five days. “Come, look and listen,” was the mantra.

Aynat Wilf, one of Israel’s leading public intellectuals and a former advisor to Former President Shimon Peres, provided us with a sweeping perspective on Jewish identity. We are a people of passage through history, she told us, influenced by civilizational changes from premodernity to modernity. Entering mainstream society has added further complexity. Identity and conflict emerged as the pervasive themes. Wilf advised that we refrain from seeking solutions and making judgments, but instead enter this Israel experience through listening to the rich dialogue, and feeling the push and pull of multiple perspectives and complexities.

And so, we entered the tapestry of Israel today. Arts and culture highlights included an encounter with Druze artist Buteina Halabei, whose interpretive paintings and depictions of the Holocaust were the first that Yad Vashem accepted by a non-Jewish artist. We were also treated to a screening of film director Barak Heymann’s controversial film Comrade Dov at the Jerusalem Cinematheque, the story of Member of Knesset Dov Khenin’s 13-year tenure at the helm of the Jewish Arab Party, Hadash. In describing what he calls the “open wound” of contemporary Israeli society, Khenin’s passionate advocacy on behalf of Israel’s Arab citizens left many of us grappling with our own thoughts and internal conflicts.

We were also introduced to exciting social enterprises, including the remarkable Bialik-Rogozin School in south Tel Aviv. The school, the subject of the award-winning film Strangers No More, represents Israel’s highly successful melting pot for the children of Israel’s 100,000 illegal migrant workers and 40,000 asylum seekers. The school addresses the challenges of Israeli society in the absence of a refugee policy. A young man, a graduate of the school, told us a heart wrenching story about his experience as a victim of human trafficking and his fervent commitment to the state of Israel.

Another enriching presentation was given Shmuel Rossner, author of Portrait of a Cultural Revolution, who spoke to us about Jewish identity and the religious fabric of Israel and North America. Rossner’s talk was followed by our dialogue with two brave individuals working to reduce conflict in Israeli society: a Haredi rabbi who took personal risks by introducing math and science to his young students to help them integrate into Israeli society, and a principal affiliated with the Reform movement who is integrating with an Orthodox school.

US Special Envoy Kerry Diamond also offered his perspective on how Israelis and Palestinians share an existential anxiety and desire for legitimacy.

Other encounters brought home the human stories behind the conflict, like that of the young woman from Israel’s nationalist camp, who shared her experience of trauma during the intifada, and the testimony of Noor Al-Bein, a Palestinian from Gaza, who spoke about  his fear of the Israeli soldier. We also heard from Rabbi Shaul Judelman who, together with Al-Bein, is advocating for reconciliation and co-existence through a joint Palestinian-Israeli grassroots organization called Roots/Shorashim/Judur. Through joint charity initiatives, including a kindergarten for the children of Jewish and Palestinian workers in the West Bank, the organization fosters understanding, non-violence and transformation.

On this trip, I learned that we need to move away from getting stuck in stereotypes; that listening to personal narratives removes political and institutional thinking; that existential identity needs to be the focus of successful dialogue; and that all of us need a legitimate identity, without which an “oppositionist identity” develops.

I am grateful to Kaleidoscope and the Jewish Agency for this opportunity to provide perspective and to feel the responsibility that we share.