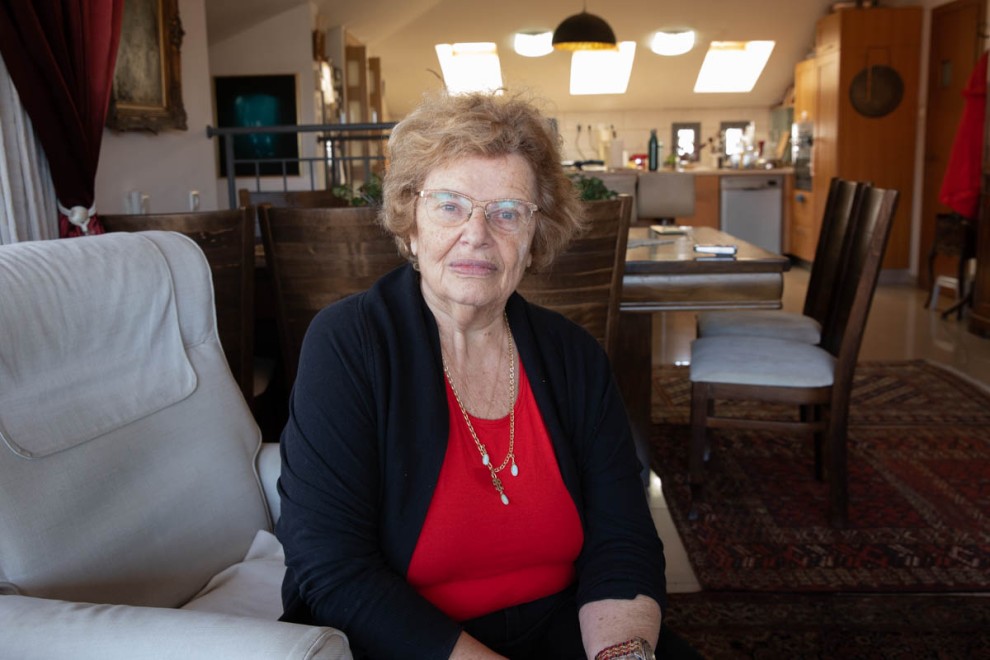 It was the sight of Italians singing on their balconies that prompted Rachel Korazim to post a Facebook message to her 1,000 followers on the morning of March 15, 2020.  Like the rest of the world, the 75-year-old freelance Jewish educator was in lockdown, but the singing Italians had given her an idea.

“I can’t sing like the Italians, but I know how to teach shira,” she wrote, using the Hebrew word that means both “song” and “poetry,” before announcing that she planned to teach a Hebrew poetry class on Zoom that night to anyone who showed up.

Teaching Hebrew poetry has been a post-retirement career Rachel Korazim took on in 2008 after 25 years as an educational emissary and consultant with the Jewish Agency for Israel.  At Israel’s prestigious Shalom Hartman Institute, where she is a member of the faculty, Korazim’s innovative approach to teaching Hebrew literature as a mirror into Israeli society has gained her a large following among rabbis, lay leaders and Jewish study enthusiasts. But even Korazim could not have predicted the enthusiastic response that had her upgrade her Zoom account that first week to accommodate the 100 people showing up night after night. And for those first few months, Korazim was teaching night after night — except for Friday and Saturday— and suffering the effects of jet lag from rising early every morning to prepare for the next day’s class.

What compelled her to keep up such a gruelling schedule?

“I don’t know. There was such a demand,” Korazim told the HJN.

“I had people in seniors’ homes. And they were in their rooms,” she said. “You hear the cri de coeur that people are alone. They need to talk and the poetry aroused something. This is what poetry does and why I teach it.”

The poetry certainly aroused something for Suzanne Levin, a retired oncology physician assistant, who appreciated having a community to feel a part of after losing her husband in December 2019.  Korazim’s “extraordinary classes” were “well ahead of synagogues, federations and many other organizations offering Zoom study opportunities,” Levin told the HJN in an email. “But much more than just learning, Rachel Korazim built a community, a family, a place where people all over the world found new friends, a home. For me, newly widowed, with family scattered around the country, it was a comfortable place I could go several days a week.”

Although we’ve never met, I feel as if I know Suzanne Levin, as well as fellow students, Audrey Asher and Mona Fishbane from the many hours I’ve spent in Korazim’s online archive.  The three women all attend three to four live classes a week and are among the “regulars” who stay on Zoom after the formal presentation for discussion and personal sharing.

Asher, a retired lawyer based in Kansas City, told the HJN that when she began attending Korazim’s classes, she felt “like I was going to Harvard.”

“She’s giving us a sociological history of Israel ... of how poets in any society reflect the society ... We’re getting the reflection of Arab Israelis, of Palestinians, of people on the far right, the left, the religious ... it certainly enriches my understanding of the country, makes me feel even more connected.”

Mona Fishbane, a psychologist from Teaneck, New Jersey, has spent the last two-and-a-half years immersed in online Jewish learning, most of it with Rachel Korazim.

“From the get-go I was totally hooked,” she told the HJN.  “What I love about her classes is she’s bringing ... all the nuances and complexities of Arab-Israeli relations, of Mizrachi-Ashkenazi relations, of Dati-Hiloni (religious and secular) relations, without judgement ... the whole of Israeli society through the lens of Hebrew poetry.”

Fishbane also spoke about the impact of Korazim’s sharing so much of herself with students.

“Her personal experience so deeply enriches it ... She brings her humanity forward and welcomes our humanity ... Her heart is big, her mind is expansive. It’s just been incredible and it’s really sustained me,” she said.

I could relate to Fishbane’s remarks, for I too felt sustained by revisiting material I had last encountered as a Jewish studies student in the 1970s and by Korazim’s quintessential “Israeliness.”  That’s why, when a family emergency brought me to Tel Aviv for a week last February, I reached out to Korazim and asked for an interview.

That’s how I found myself sitting in the sunlit living room of Korazim’s spacious Jaffa apartment on a Friday morning, listening to this remarkable woman’s stories about her pandemic adventures. I learned  that she logs into Zoom 30 minutes before class “because people come to see me,” and stays for at least 30 minutes after class to give everyone a chance to share; about the sponsorship model Korazim came up with that allows most of her students to attend classes at no cost; about her decision to reach out to unemployed Israeli musicians and pay them to perform during her poetry classes; that among Korazim’s most devoted students are psychiatrists, poets, university professors, a former senior legislative counsel for the U.S. House of Representatives and the CEO of the Sheldon Adelson Foundation; that the shidduchim (matches) she’s facilitated included rabbis and mourners, doctors with those seeking medical advice, and old acquaintances who’ve rediscovered each other.

I am still learning things about Korazim through her emails and classes which, thankfully, are ongoing.  For more information, visit rachelkorazim.com.