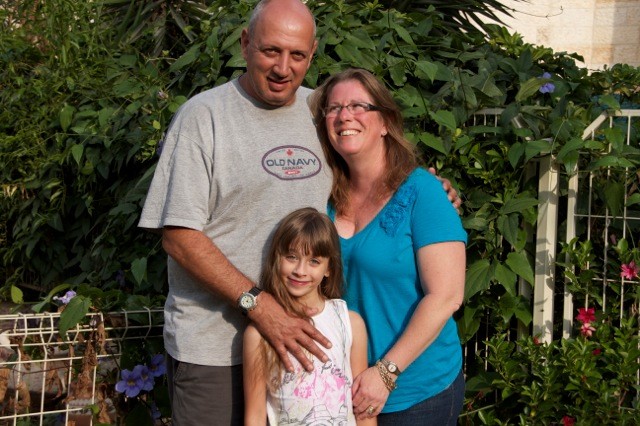 Shari Wright Pilo was among the hundreds of thousands of Israelis who took to the streets this summer in protest of the high cost of living and other social and economic inequities facing Israeli society. The daughter of the late Norma and David Wright, Pilo lives with her husband and daughter in Modi’in, a town located midway between Tel Aviv and Jerusalem.  Modi’in is a beautiful, modern city with a highly educated population, many of whom are immigrants from North America. But, unlike most of her neighbours, the Pilos can’t afford to buy a home. They rent their apartment, and have been forced to comply with arbitrary rent increases  on an almost annual basis. Two years ago their landlady raised their rent by 26 percent and recently informed Pilo that it was going up a further 10 percent this year.

“Maybe if we had bought an apartment when we first got married 14 years ago we could have managed,” said Pilo, “but we had infertility issues and any money we could have put into a down payment we put into having a child.”

The Pilos are grateful that seven years of infertility treatment resulted in the birth of their miracle baby, Ma’ayan in 2004, but the delay in purchasing a home has resulted in their being completely shut out of the housing market. They’re not alone. An entire generation of young, middle class Israelis are facing the same situation.

Pilo points to the experience of her husband’s parents as an example of how different things were a generation ago.
“Baruch’s mother moved here from Turkey when she was four years old and the family lived in tents for three years.  His father moved to Israel on his own when he was 16 from Morocco.  But they were able to buy a very small apartment in a good area and later moved into a bigger apartment.  Today they own a very beautiful large apartment in Netanya.”

The fact that her husband’s parents, without the benefit of a higher education, were still able to buy an apartment while she and her husband, who both have university degrees and good jobs, are forced to rent seems both absurd and wildly unjust.

One of the factors working against young couples looking to buy their first apartment,  said Pilo, is that Israeli mortgages require approximately 40 percent of the total cost of the home as a down payment, an amount only those with affluent parents or North American salaries can afford.

If the issue of exorbitant housing costs  struck a resonant chord with Israelis across the religious and cultural spectrum, another issue was the high cost of child care.  While public school education in Israel is free, the school day ends  before 2 p.m., forcing working parents to shell out money for after-school programs. Pilo spends $500 a month to keep her daughter occupied from 1:45 until 4:30 p.m. Day care for children under three is even more expensive.

The tent cities and mass rallies of the summer of 2011 have been seen, for the most part, as an exciting sign of the end of an era of Israeli apathy.

“Sometimes I think of Israelis – including myself – as being apathetic because of the stress factor of living here ... But all of a sudden this apathy has disappeared and that to me is amazing,” said Pilo.

And, she inststs,  despite everything, “There’s no place like home and  no better place to live in the world.”  As if to illustrate her point, she described  the scene the night she and her friend hopped on a train from Modi’in for one of the first of many mass rallies in Tel Aviv this summer.

“We saw all around us young, old, leftists, rightists, religious, not religious, Arabs. Beside us there was a young couple pushing a stroller. On the other side there was an elderly couple. In front of us there were kids from a youth group. Behind us there were the rock and rollers from Tel Aviv. At kitty corner there was a family with teenagers and three feet in front of us there was a young religious couple with a little boy with two prosthetic legs. And I said if he is here everybody should be here. I think it was one of the most exciting, fulfilling evenings that I ever had in Israel and I’ve been here for 30 years.”