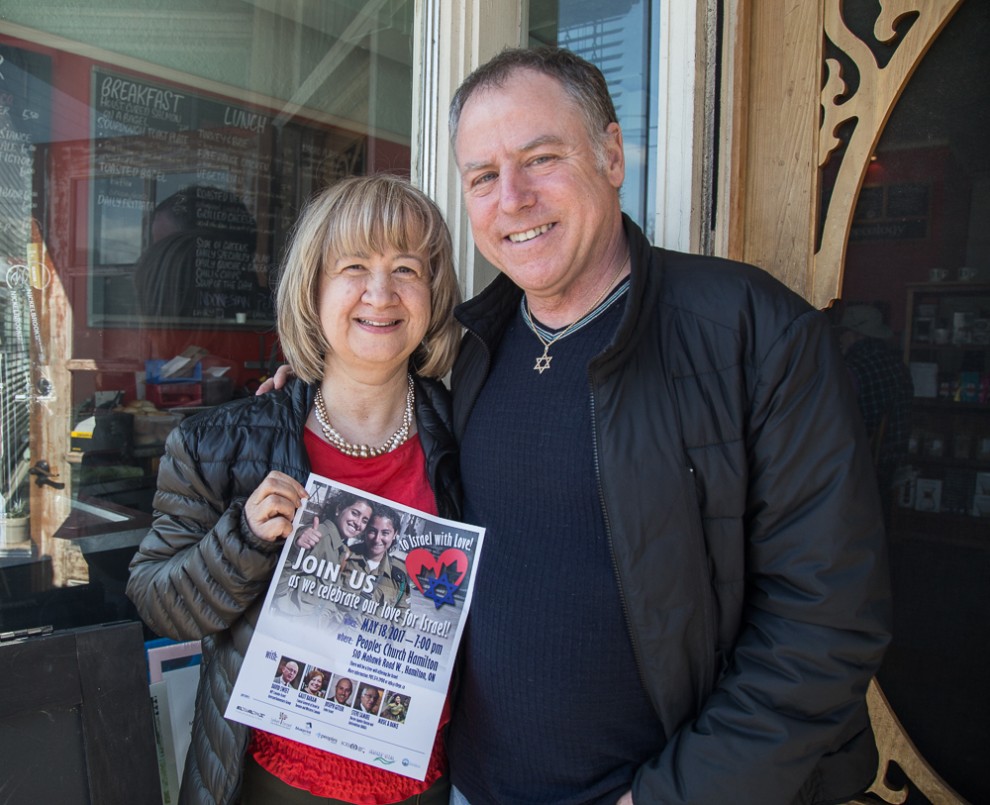 A crowd of more than 350 people came together at Peoples Church on Mohawk Road on May 18 to enjoy an evening of rousing song and dance, speeches and prayers honoring 69 years of Israeli independence.

According to lead organizer Ray MacDonald, the program had three major objectives: to celebrate Israel’s birthday, to educate the audience about the work of Leket Israel — Israel’s national food bank — and to provide an opportunity to demonstrate the depth and sincerity of evangelical Christian support for Israel to the local Jewish community.

The audience was treated to words of greeting from the Israeli Ambassador to Canada, Nimrod Barkan, Israel Consul General Galit Baram and local MP David Sweet. In addition, a number of local people who participated in the recent Leket Canada Mission to Israel gave moving reports on how the trip affected their lives.

The keynote address was delivered by Dr. Steven Samuel, Chair of Doctors Against Racism and Anti Semitism. Dr. Samuel, who is Israeli born, discussed the dangers of the unending scourge of anti Semitism; not only as it is expressed in contemporary Arab society, but within the western medical profession as well.  His organization was founded in response to a virulently anti-Israel – anti-Semitic article published in The Lancet. Among other things, he spoke glowingly of the value and meaning of Christian support for Israel and the Jewish people. His remarks drew a long standing ovation.

The audience was also addressed by Joseph Gitler, founder and Israeli director of Leket; Israel’s national food bank. Joseph provided an in-depth insight into the kinds of needs that Leket addresses in Israel and how deeply Leket values the support of its Christian friends in Canada and around the world. Joseph also expressed his appreciation to Leket Canada director Ray MacDonald, the Peoples Church and all the volunteers who made the event possible.

Program organizers were quite aware of Jewish sensitivities in attending a program held in a church sanctuary.  At significant expense, an immense Israeli flag was procured to cover over the fourteen foot tall crucifix hanging on the church altar.  Although Jewish attendance at the event was not especially large, everyone involved felt the effort was a valuable step forward in bringing Jewish and Christian supporters of Israel together.