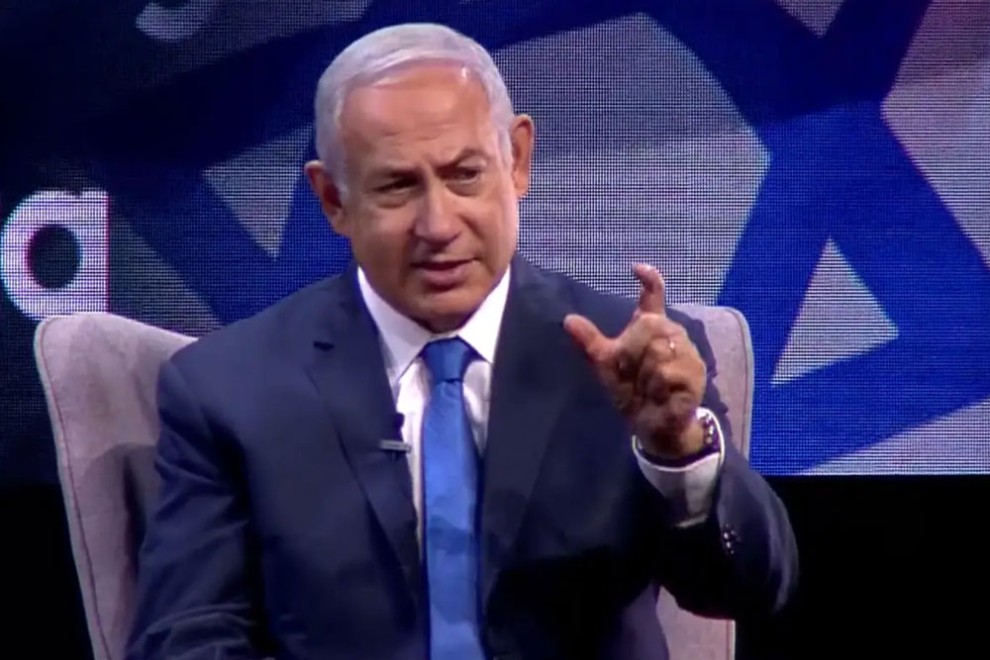 The Israeli elections for the 21st Knesset (or Parliament), will be held April 9. Much can change between now and then.

Nonetheless, a few trends have emerged.

All eight major Israeli opinion polls have consistently shown that the centre-centre right and the centre centre-left are running nearly neck-and-neck.

The “centre-centre right” is led by the Likud Party of Prime Minister Netanyahu. Together with other right-wing and religious parties, it has held a bare majority of 61 seats in the 120-member Knesset.

The “centre-centre left” is led this time by the newly formed “Blue & White” Party, an alliance between Yair Lapid of Yesh Atid and political neophyte Benny Gantz. It hopes to undermine Netanyahu’s previous monopoly on security issues because three of its top five leaders are former IDF chiefs of taff, including Gantz himself. Despite its well-publicized security bent, Blue & White hopes to garner the support of the traditional left-wing parties and the tacit support of some of the Arab parties.

Israeli voters cast ballots for parties not (directly) for individuals, though the leader of the party, together with the party’s platform, often determines the vote.

Astonishingly, 47 parties are registered to participate in the elections – a reflection of Israel’s vibrant democracy. However, only 10 to 12 parties will actually contend for seats in the Knesset. Following a law passed in 2014, parties need to pass a 3.25 percent vote threshold, which translates into a minimum of four seats.

About six million Israelis — two-thirds of nine million Israeli citizens over the legal age of 18  —  are eligible to vote.  Of these, about 70 per cent will likely cast ballots. In the 2015 election, 72 per cent of eligible voters participated.

Unlike Canada, where there are 338 constituencies (represented by that number of seats in the House of Commons), Israel treats the country as a single constituency where Knesset seats are apportioned according to the proportion of the vote each party receives.

The votes cast for parties that do not make it past the 3.25 per cent threshold are divided, according to a complex formula, among those parties that were more successful.

What’s crucial is that the party that gets the most votes does not necessarily lead the next government. Every Israeli government is, essentially, a federation of minority parties. Unlike in Canada, no Israeli party has ever acquired a majority in its parliament. Following the past elections, Likud held only a quarter of the Knesset seats. As a result, Israelis may switch their party vote but keep it within the bloc that will propose to President Rivlin who should be allowed to try to form the next government.

Blue & White is an exception to what has been this hard and fast rule. Its list of candidates includes both a former left-wing Meretz politician and two strong right-wing nationalists formerly from Likud. That is because, according to most pundits, this election will be determined not by economic, social or security proposals, but by whether people are for or against extending Netanyahu’s term in office.

Even after all the ballots are counted, it is not at all certain that a “victor” will be declared. In 2009, Tzipi Livni got one more Knesset seat than Netanyahu but, after consulting with all the parties, then-President Shimon Peres decided that the bloc backing Netanyahu was larger than the one supporting Livni. Netanyahu was, therefore, given the first chance to try to form a government, which he did.

With that historical precedent in mind, Blue & White is putting its entire electoral effort into winning at least three seats more than Likud. Yet even that might not guarantee Gantz the opportunity to form a governing coalition.

1. Who is more suited for the position of Prime Minister?
42 per cent Netanyahu, 38 per cent Gantz, 20 per cent Don’t Know

2. Did the Attorney General’s decision (his intention to lay corruption charges against Netanyahu) cause you to change your vote?
75 per cent — No;  12 per cent  — Yes; 13 per cent  —  Don’t Know.

One thing is certain: Many Jewish Canadians will be closely following Israeli news on April 9, proud of the Jewish State’s dynamic democracy and keenly interested in the democratic decision of the people of Israel.

Paul Michaels holds the position of Research Chair at the Centre for Israel and Jewish Affairs (CIJA).