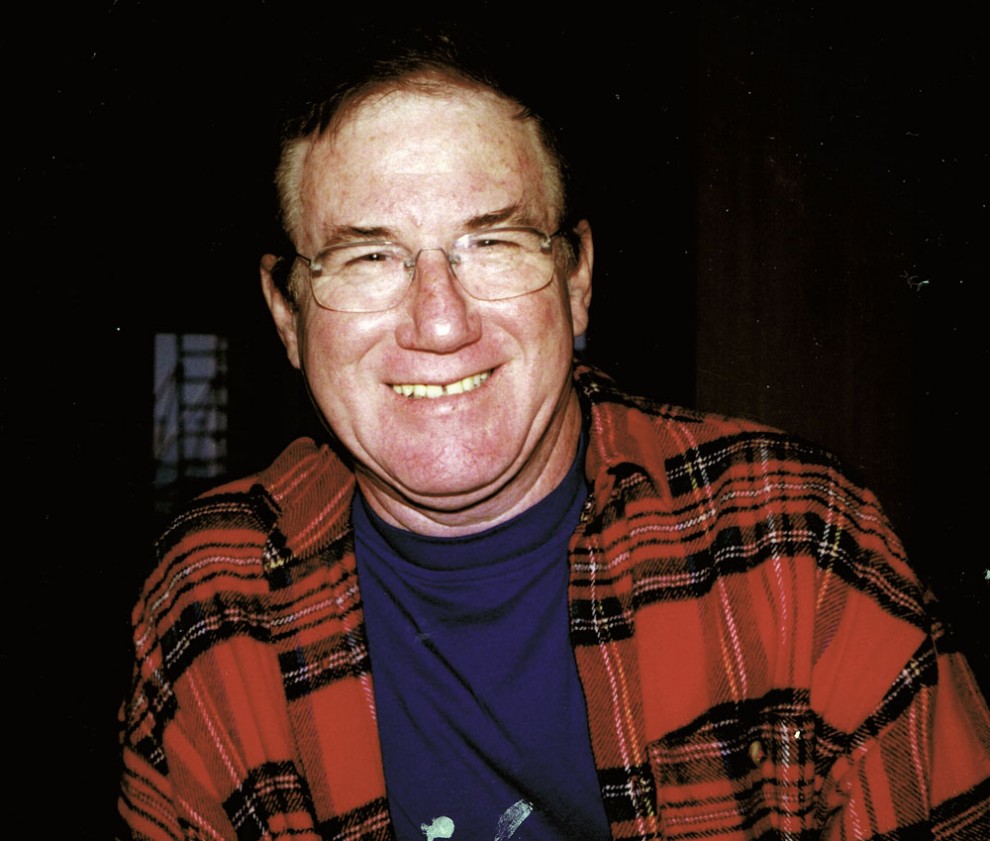 From our archives: a conversation with Israel’s most beloved songwriter, Ehud Manor

Until his death of a heart attack in 2015, Ehud Manor was Israel’s most prolific songwriter, whose songs of love, loss and belonging made up the contemporary Israeli songbook. In this 1999 interview, Manor spoke with the HJN about how he came to become the country’s foremost translator of Broadway hits, his affinity for American music and his love affair with American Jews.


On how he came to perform for North American Jewish audiences.
It started about four years ago when my friend Chanan Yovel suggested that we go together for Keren Hayesod to do a tour in Western Europe of my songs and I said, okay, why not? What I realized there was that our show would be different from other shows of a Zionist nature because I could only speak from my own experience. I never came with slogans, you know, about immigrating to Israel and making aliyah and how great your help is and that you need to contribute and all the rest. I only spoke about how I always felt an attachment to American Jews because as a kid I admired American culture and how in my heart I’ve always been writing American songs. Many of the people I’ve admired most were Jews and I didn’t realize it. People like George Gershwin and Irving Berlin, Richard Rogers and Lawrence Hart.  And so what I realized were two things. One, that when I’m very personal, I appeal to more people. The less I represent Israel, I represent it more, because I am Israeli through and through and all my experiences good and bad are so Israeli.

On discovering how he owes his successful career as a translator of Broadway hits to his younger brother.
A few years ago I realized that I owe my entire career in the theatre to my dead brother who was killed in the (1968) War of Attrition when he was 19. In 1969 the owners of the rights to the American rock musical Hair came here to work on an Israeli production. They came to this wonderful poet Hilit Yeshurun and asked her who should translate the show. And she said to them, “Listen, I don’t know who wrote the song, ‘My kid brother Yehudah,’ but I believe that whoever wrote that song is capable of doing it.’ For about a year I worked like a maniac on this Hebrew version. It was almost impossible actually, but it was an amazing school for both translating and rhyming and everyone in Israel at the time said that it was never going to do well in Israel because it’s too American. But they were all wrong, because the musical got rave reviews. I’ve since translated almost 200 plays. And she told me that story only five years ago. Can you imagine only after 25 years in the theatre I found out that I owe my entire career in the theatre to my dead brother. And since I found out, I’m not the same person anymore because when I work, it’s like I’m close to him when I translate now, because this is something that happened only entirely thanks to him and it’s an unbelievable feeling.

On ‘raising children with fears’ and why he could never live anywhere else.
I wrote "My Kid Brother Yehuda" in 1969 and my son was only born in 1974. I’m very grateful to my wife for agreeing to call him by my brother’s name, but the truth is that I’ve never been able to call him by his name. I call him Yady. There’s this business of raising your children with fears. You thought that it would end with my parents’ generation, and then it moved on to ours. And now my children have children of their own and this fear doesn’t disappear. On the other hand there’s no other place I could live in. You know I used to think when I was much younger that the best thing in the world would be to be of no nationality, that all men are brothers and that it doesn’t matter where you live and if you live with people that you love then that’s all that matters. And then I studied at NYU in the ’60s and later on in life I spent three years in Cambridge University in England and I realized both times that I could not stay where I was, that I had to go back. That in spite of myself, I wanted to be part of something. I wanted to belong. And I realized that all the images that I see in my mind, no matter what the subject is, are from the first 10 years of my life.

On the impact of participating on a North American young leadership mission to the former Soviet Union.
I was invited to join a group of young American Jewish leaders to Lithuania and it was the most amazing experience for me because my parents never wanted to go back. When we arrived in Vilnius it was several degrees below zero and really snowing hard. We went to the Ponary forest where tens of thousands of Jews from Vilnius were massacred. And it was very very cold. We walked around the forest in the snow. All you could hear in your mind was the screaming of the people that were killed there. I was freezing, and I said to myself how odd is it that I stand there in this place in Eastern Europe, wearing my son’s long johns that keep me warm, whose name is Yehudah, who’s named after my younger brother Yehudah, who died in the War of Attrition in the Suez Canal, who was named after my grandfather Yehudah, who was killed by locals in his home during the war. It was like coming full circle. And something else happened to me there. I fell in love for the second time with North American Jews because the group that I was with, they were all great Zionists, but it didn’t end there. They came stuffed with food and medicine and money and they went in groups of three and four to visit old Jews who lived on the seventh story somewhere in Minsk, who couldn’t get out of their apartment. It was just unbelievable, this physical thing of embracing them, of giving them $100 and $200 that could keep them for a long time there. I was moved to tears so many times and the amazing thing was I, with my sabra Yiddish, made the connection between those American Jews and those old Russian Jews. That was three years ago and it made also another change in me and this is why I became involved in the Israeli spirit.

Israeli philanthropy
The Israeli spirit is like the UJA but the idea is that you don’t ask Jews abroad to support Israeli causes. You ask Israelis to contribute, because even I took it for granted that we should be supported by by Jews from the world. That’s how I was raised. And only in recent years did I realize how wrong this is because first of all we are able to help ourselves. It all happened because of this trip I made with those young American Jewish leaders. That was the beginning for me.

LISTEN to the HJN interview with Ehud Manor.