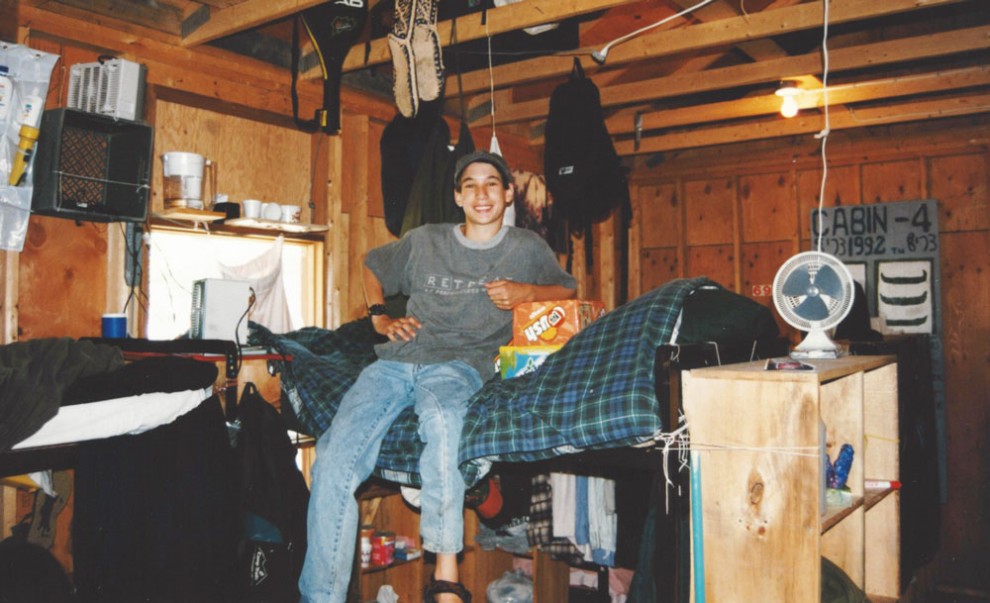 Towards the end of June each year in the parking lot of the Beth Jacob synagogue there was a frantic rush as scores of children swarmed the bus. Duffel bags were tossed around, kids screamed excitedly as they reunited with their friends, and teary eyed parents waved their goodbyes. Then the bus drove off to Camp Ramah in Canada with a full complement of Jewish children from Hamilton and the surrounding areas. This scene, so prevalent for many summers throughout the 1980s and early ’90s, has vanished. As an alum of Ramah and a parent with young children who will shortly be of camp age, I can’t help but ask myself the question … where have all of the Hamilton campers gone?

Today, Camp Ramah is booming. With state of the art facilities and a beautiful campus on Skeleton Lake in the heart of Muskoka, the camp is seeing more activity and excitement than ever. Enrollment continues to rise and Ramah will sit near capacity this summer, thanks in part to large increases in campers from cities such as Toronto. Yet despite the increasing enrollment numbers, campers aren’t coming from Hamilton like they used to. Why?

At its peak around 1990, Hamilton was sending more than 50 children each year to Camp Ramah. Matthew Ogus, alum and parent of a current Hamilton Ramah camper, reminisced that at one point so many children from the area were going that “people would tell you they were from Dundas rather than Hamilton just so they could differentiate.” But by the late ’90s the busses stopped coming to the Beth Jacob, and the Ramah population in Hamilton went into decline. So what happened? A look at some anecdotal evidence might suggest that what happened to the Hamilton Ramah population is a microcosm of some of the challenging trends we see today in the greater Hamilton Jewish community.

Local demographics have changed since I first attended Ramah at the age of seven. Throughout the course of my eight years as a camper, at least 10 local children of the same age attended. Not one of those Hamilton campers still lives in the area today. What can our community do to ensure we keep young Jews living in Hamilton?

Much of the traffic to Ramah was fostered and orchestrated at the time through the Beth Jacob, and particularly by Rabbi Israel and Gloria Silverman. They were a large part of the Ramah community and present in camp each summer. “Our family had quite a legacy at Ramah”, says Lanie Goldberg, alum and parent of four Ramah alumni. Her mother Gloria, would encourage children at the Beth Jacob Hebrew school to spend their summers at Ramah. At the time, there were hundreds of children attending the after school programs at the Beth Jacob. Those numbers dwindled in the late ’90s and throughout the following decade until a recent resurgence in the last few years.
“The decline of the after-school movement in Hamilton was a big hit to Ramah,” says Goldberg.

It’s more than a coincidence that the Hamilton Ramah population steadily declined as the school numbers did. Can we do more in our Jewish schools today to encourage families to send their children to Jewish summer camps?

Perhaps most pertinent has been the dramatic rise in the cost of Jewish education and programming, which forces parents to prioritize the dollars they spend. Ramah fees are $8,400 for the entire summer and $5,400 for one month (not including HST).

With two children, and a third on the way, I am staring at large bills in the near future for Jewish day school, summer camp, and other community programs and obligations. Thankfully, there are scholarships available through the camp that can help to reduce the financial burden on families. Can we, and should we do more in our community to fund Jewish summer camp experiences despite competing priorities?

For me, Ramah was a chance to completely immerse myself in a Jewish life, an experience that can be difficult if not impossible to achieve in the city. Matthew Ogus describes this as the “everyday Jewish experience.” Lanie Goldberg remembers that her parents truly believed in Ramah as an educational model to impart a sense of Jewish identity to children. Ramah teaches the idea that “living a Jewish life is not just a separate little part of turning your brain on at certain times, it can be your whole being.”

For me, this experience manifested itself not just in summers spent on the waterfront, playing sports, or camping (it had those experiences in spades), but in lifelong friendships and a strong sense of social responsibility within the Jewish community. In Ogus’s words, “Some of my most favourite times of my entire childhood were at Ramah, and I don’t think that would have happened at a different place”.

And so I lament the decline of Ramah campers in Hamilton, yet at the same time, I express my cautious optimism. Sending our kids to camps like Ramah are a perfect opportunity to continue revitalizing this community and is well worth the investment. Half a dozen Hamilton campers will be attending camp this year and my own children will join them in a few short years.

Ari Levin and his wife Laura, moved to Hamilton three years ago with their two children (with one on the way). Levin is a senior manager at Accenture, a global consulting firm.