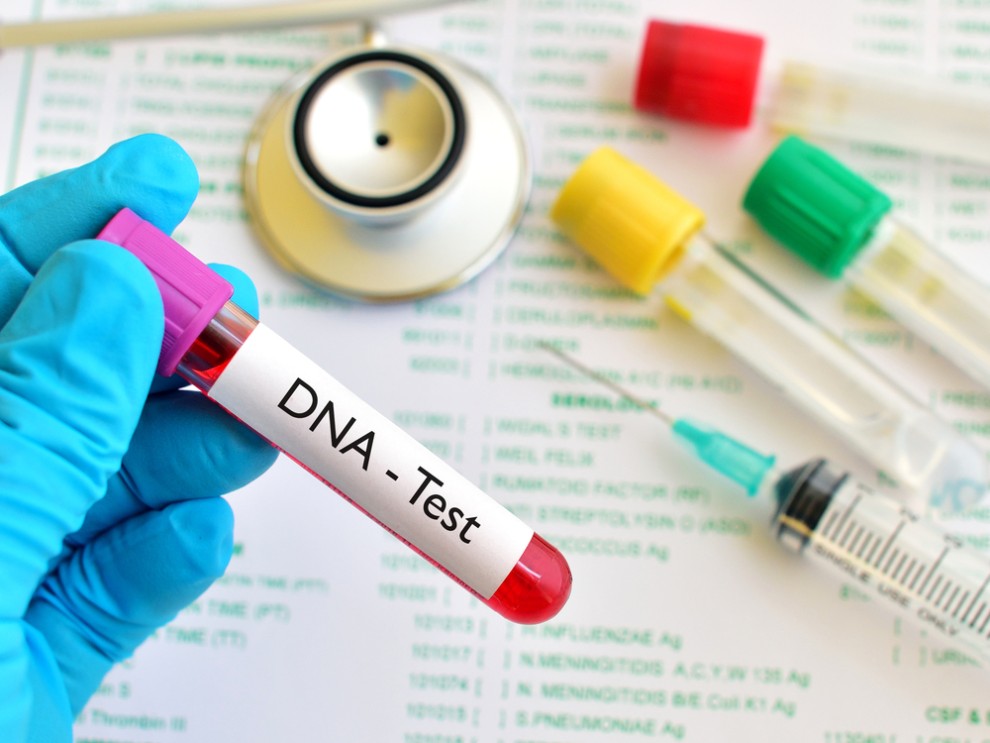 July 2018
Steven Brock
Reprinted with permission from Treasured Times: the newsletter of the Jewish Genealogical Society of Hamilton and Area
How would you feel if you suddenly discovered that you were not who you thought you were?  Ever since scientists mapped out the human genome in 2003, huge leaps in the technology of genetics have been made.  The potential to scientifically determine your family’s DNA sequence has been of special significance to genealogists.  In the past decade, several companies have capitalized on this interest and now offer inexpensive home testing kits.  Upon receiving a small sample of saliva, these labs can map out your DNA and determine among other things, ethnicity and ancestral migrations.  But are people fully prepared for what they might discover?
Over the past months TV stations have aired commercials touting the benefits of this genealogy-based DNA Testing to the mass public.  The marketing campaign has been as relentless as it has been appealing.
In one popular commercial a smiling man relates to the television audience, “We always thought we were German.  But since we took the DNA test we now know that we are Scottish.  So I traded in my Lederhosen for a kilt.”
The first time I saw this, I thought it was clever and effective.  Once the company maps out your DNA sequence, they compare and match patterns with other samples in their ever growing database from known ethnicities and parts of the world.  So if parts of your gene chains have shown up in samples of people from Scotland but not from Germany, then it may well be time for a wardrobe change.
But then I began to question “Why DID you think you were German?”  It is likely because the parents and grandparents who raised you were German.  So now, how does it come to pass that you are in fact, Scottish?  If both you and your natural parents all take the test, it will indicate that you have about a 50 per cent match to each of them.  Similarly each of your natural siblings would also have inherited a 50 per cent of their DNA from each parent.  However it is unlikely that each sibling would have gotten the exact same half of each parent’s DNA.  So most natural brothers and sisters only share between 34 to 52 per cent of their DNA with each other.
In at least three instances over the past 12 months, people have confided in me that they have no genetic match to the person that they always believed to be their father.  How could this happen?  While there is always a chance for errors in the testing, genetic matching to other people is usually pretty accurate.
The answer to this question may be perfectly innocent or equally horrifying.  Were they adopted and never told?  Were they and another baby switched at birth (in which case, neither known parent would be a match)?  Or even more disturbing, was their mother unfaithful or assaulted resulting in a pregnancy?  There are many possibilities as to what may have transpired.
While there are many benefits to doing this testing, there is also the potential to unearth long lost secrets that could have devastating effects on families.  Subsequently, if the person / people involved are no longer alive or otherwise able to explain the situations or defend their actions, then the details of the uncovered secrets may be lost forever.
Another increasingly common scenario involves a natural father having had relations with someone other than his wife.  While this could have happened before or during a marriage, children might suddenly discover that they have half siblings of which they were never aware.  These discoveries happen, because the testing company compares your sequences with other test samples in their database.  When matches occur, they will offer to put you in touch with relatives you may or may not have known you had.  Over the years their databases have become quite extensive.  AncestryDNA, for instance, has more than six million people in its DNA database. The company also reported sales of more than 1.7 million home test kits during the 2017 Black Friday weekend alone.  So the numbers will inevitably grow.
In the vast majority of cases, it is likely that most people undertaking this sort of test discover exactly what they were expecting.  Even unexpected results, culminating in the discovery of relatives that you never knew existed, can be viewed as a blessing.  In all three cases confided to me, the people were happy and excited to find out about their new familial links.
However, before taking the test on a lark, based on the entertainment aspects publicized in the advertising, one should be aware of the possibility of discovering unexpected results and irrefutably exposing secrets that have the very real prospect of tearing apart a family.
To that end, the advertising suggesting that these test kits be given to people as gifts is — in my personal opinion — misguided.  People should only embark on this type of testing on their own volition and only once they are aware of the possibilities they might discover.