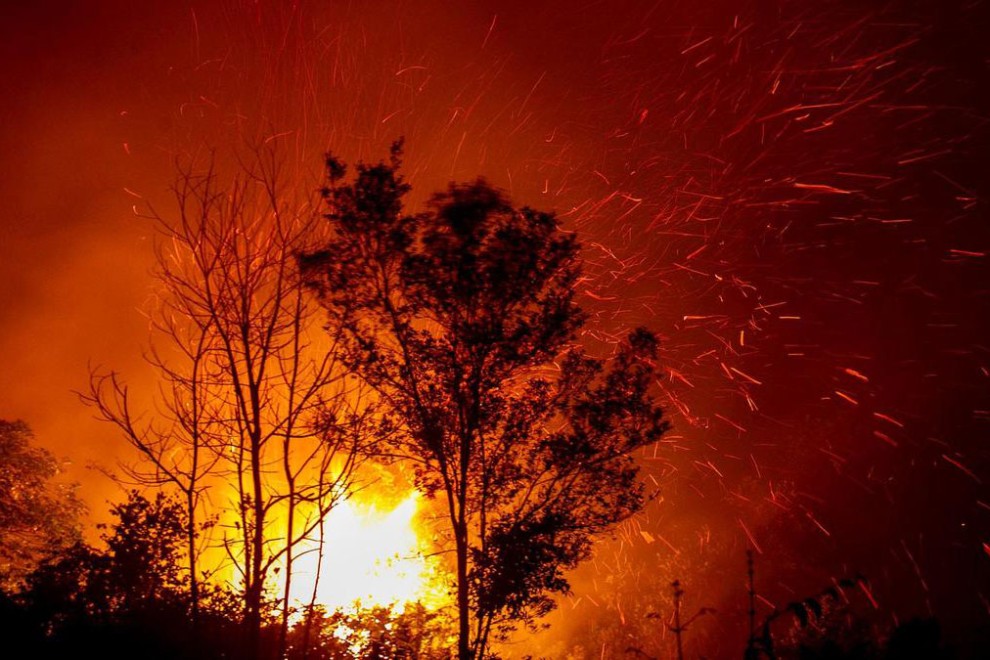 Our house is on fire. I want you to panic!

These are the words of young Swedish climate activist Greta Thunberg to The United Nations.

Is our house on fire? Yes, the planet is warming up at an alarming rate and human activity is the cause. Are we panicking? Only a few people are. Mostly it is business as usual, even for governments that profess to be fighting climate change.

Why is this so? Several reasons are apparent. First, there has been a multi-decade campaign of misinformation and cover-up by the fossil fuel industry. Recent exposure of their internal documents show that their scientists warned industry leaders back in the 1970s that burning fossil fuels (coal, oil, natural gas) was leading the planet to dangerous levels of CO2 emissions with dreadful consequences. But they chose short term profits over long term harm to civilization, with the consequence that it is now too late to avoid the oncoming climate chaos.

A second reason, built on the first, is that the implications for our current fossil fueled economy and way of life are so great that politicians do not want to confront them. They know what to do, but they think they won’t get elected if they do it. Some politicians are even doubling down by denying human causes of climate change or opposing obvious solutions, such as taxing carbon.

This comes to the third reason. Because of weak leadership and the fossil fuel industry cover-up, most of us have not taken to heart the seriousness of climate change. This is a future of increasing extremes of weather causing drought, floods, forest fires, insect-borne disease, of sea level rise and acidification all of which will drive food and water scarcity, human dislocation, refugee flows and overall economic and social disruption. The poorest and weakest will be harmed first, and most, but no one, however rich, will eventually be able to insulate themselves from the consequences.

A fourth reason is human nature. We respond to immediate threats but not distant ones. Not that threat is distant for those who have already suffered from some of the worst hurricanes or extremes of heat. But mostly the impacts are in the future. We defer or deny the need for action because it changes our way of life. Of course, for some, the poorest and weakest, usually the ones who are only minimally polluting anyway, their lives are already on a knife edge and there is little they can do to further reduce their fossil fuel emissions.

This leads to the moral question. If my actions are causing others to suffer today and even more tomorrow, should I not change my behaviour? Knowing the consequences of doing nothing, should I not set an example to others by making big changes in my life? Just because I am one of the lucky 10 per cent in the developed world who will be the last to suffer, should I avoid action today?

My answer is no. Everyone should act. They should educate themselves on the causes of human-created climate change and what actions our economy and society have to take to minimize the damage (it’s too late to avoid a lot, but we can stop it from getting worse).

It will take a lot of change in our personal lives, our laws, our regulations and taxes to drive the changes in consumer behaviour that are necessary. Don’t let special interests—and there are many—block the needed changes. Push at every level, your family, friends and local community, your faith group, your clubs, your work, local and national politicians, to make the needed changes. And stop pouring fuel on our house fire!

Dave Carson is a resident of Dundas, and a member of Environment Hamilton and climate advocacy group Hamilton 350.