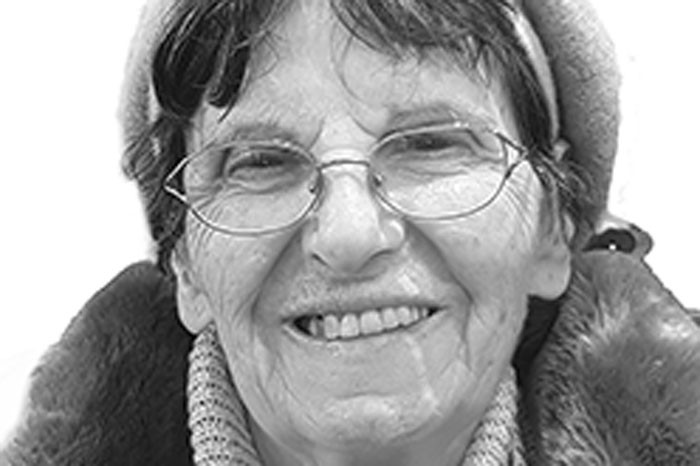 “Vive l’année 1954!” This is how my classmates and I greeted the new year in Alexandria, Egypt. I had a wonderful time that New Years Eve, trying not to think about my family’s decision to leave the country. I had bittersweet feelings, anxious to get to the land of our ancestors, yet knowing I might never see my friends again. But there was no choice — the situation in Egypt was rapidly deteriorating for the Jewish community since King Farouk was overthrown by a military coup in 1952.

We departed a month after my 16th birthday. We were given a kind of permit on which were stamped the words: “ALLER SANS RETOUR” — departure with no return. Since the authorities considered Jews as potential spies, they were not allowed to return to the country once they left it.

I lived in Israel until I was 24, when I married a Canadian who took me to Toronto. Fast forward to 2020. Here I am, an 81-year-old widow with two daughters living in two different countries. Sharon lives in Jerusalem with her family, and Mira, a grandmother of two, lives in Philadelphia.

Toronto has a lot to offer an active senior, and I was quite prepared to live there, hopefully independently, for the rest of my life. My girls, however, wouldn’t accept the possibility of my ending up in a nursing home. After many intense conversations, it was decided I would return to Israel as a “returned citizen.” Sharon and her husband Chaim offered their home until I could move to my own apartment.

My daughter Mira was to accompany me to Israel in the summer of 2020 but when COVID-19 hit at the end of February, there was nothing I could do but wait.

Air Canada began flying to Tel-Aviv again in June, and my daughter, Sharon, ordered me a ticket for Aug. 2. I didn’t want Sharon to come and be quarantined here for two weeks. The border between Canada and the U.S. was closed, so it was out of the question for Mira to travel. I was on my own.

I must mention that I had experienced a sciatic attack in January, which incapacitated me for about four months. Now, I had to renew my passport and the Israeli consulate was way downtown. How was I supposed to get there with my sore leg? Mira discovered a volunteer organization in Toronto called “Kavod 19.” It consisted of a group of women who would not let COVID-19 defeat them. One woman took my passport application and, a week later, brought me back my passport right at my doorstep! Then a relative arranged for an accountant friend to help me with the banking formalities. This is when I felt that God was with me and that I was not alone after all.

Sunday, Aug. 2, 2020 is a date I will remember for the rest of my life.  I was 16 when I left Alexandria for good and now, at 81, I was doing it again, leaving Toronto for good. Only this time I had no regrets—I was going home!

To the last minute, all the passengers were apprehensive that the flight might be cancelled. Indeed, just before boarding, some agents came to take our temperature one last time. The tension was palpable ... but we landed at Ben Gurion airport safely. With tears in my eyes, I quietly recited a “Shehecheyanu.”

Rachel Weinper wrote this piece from her new home in Givat Ze’ev in the Jerusalem area.