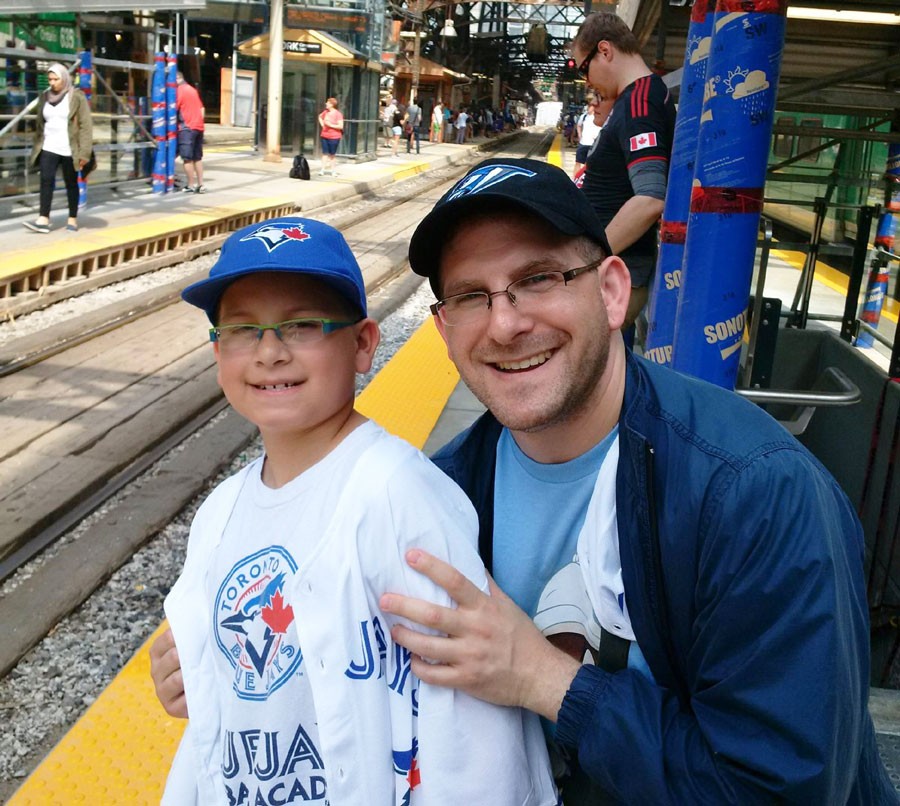 I cannot reflect on the York Street that I heard stories about during my childhood. About how my great-grandmother Gitel Zucker owned a deli there; Or how my grandfather met my grandmother there; How people congregated there or at other places up and down a street that is now a boulevard that mirrors nothing of its past.

Nor can I reflect upon the Delaware Avenue Jewish Community Centre in its heyday. Unlike my mother and late father, and their kin and friends, I cannot reminisce about how teenagers congregated there for dances, for social events or for other activities. The JCC that I recall on Delaware was a far-away building that housed others’ memories and the smell of must, rather than a vibrant social calendar of the Jewish community.

The Hamilton Jewish community that I tell my son about includes Sid the tailor, Curly the milliner, with special meals at Maxwell’s when it was actually owned by Max.

I share my Sunday morning memories of the early ’80s through the ’90s with my son, my reflections often bringing up pangs of sadness — my father dutifully schlepping me to Switzer’s for some of Joel and Bernice’s fare and not exactly excellent service,  before that establishment was sold, then sold again, then sold again. No matter who the owner, the Buffalo buns remained consistent — large, sprinkled with granular sugar, and served warm, with butter.

Sunday mornings didn’t end at Switzer’s. The kibitzing with stalwarts Butch and Mort, with our neighbours, the Bromsteins, with my parents’ friends, the Harrises and Shapiros, and many others who are now gone, was only a prelude for what can best be described as the “Field of Screams” down at Churchill Park, where much of the community descended upon sandy, sometimes muddy fields for Sunday morning baseball.

Parking at Churchill Park was sometimes difficult to find, particularly if you had an 11 a.m. game. The baseball games took place at the same time as Temple Anshe Sholom’s Breakfast Club, where many members of the community engaged in intellectual seminars over hard-boiled eggs, bagels and coffee. I was far too young to appreciate the erudite discussion inside the Temple where the small, yet robust Alice Sorger, and the friendly and funny Mel Gunns of the world stood as the foundation of a congregation to which my parents once belonged. 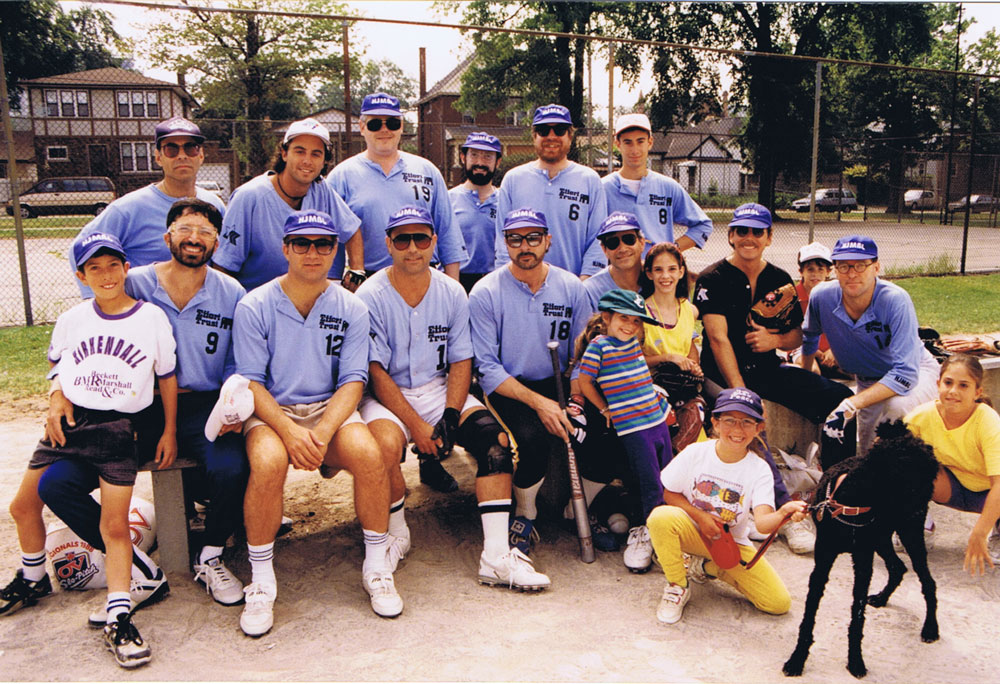 The rules of these baseball games were modified to meet  the needs of the players. Early on, when each team was known as the Royals and differentiated themselves only by the colour of their shirts, attempts to tag runners out at home plate were allowed. Shortly after my father had his elbow shattered, during a collision at home plate, (among other now forgotten incidences with — or between catchers and runners), the rules were modified to include a line over which the runners scored. On-field cigars were absolutely permitted, to accommodate Bill Morris, who always had one dangling from his mouth while catching the ball at first base.

Initially, registration was modest. But as the Toronto Blue Jays’ popularity and success grew, so too did Sunday morning baseball. Team jerseys now featured sponsors’ logos, and there were no longer enough fields for the amount of teams, a sign that head organizer, Harvey Waxman, solved by scheduling two consecutive rounds of games, one set beginning at 9 a.m. and the second at 11 a.m. Convergence occurred at around 10:30 a.m. when second-round players showed up to warm up.

And the league had its stars. For example, play on any given diamond came to a complete stop when Marty Katari stepped up to the plate. His home runs were so impressive, that they could disrupt an entire game on another side of the park. Fleet-footed Phil Cohen manned centre-field like no other. Joel Goldberg’s infield glove-play was so talented, he was nicknamed “Tony” after the acrobatic major league short stop Tony Fernandez.

At the end of the regular season there were play-offs. This is when everybody tried harder, and where the injuries lasted longer — the moans and groans coming from the benches not only a reaction to lackluster plays, but from pulled hamstrings and groins. The season culminated in a championship game, where players from teams that didn’t make the play-offs, nevertheless came out to watch. People were interested.

Over the years, what started out as a dynamic league made up of many teams dwindled down to only a few. Players got older. Priorities changed. Some sponsors went out of business. Some moved away. Others did not live to see another season. As time marched on, so too did the desire to congregate at Churchill Park.

For me, these recollections of a time and place where people knew you, where we spent a few hours together every week over the summer, will always be precious. I can only hope that my son will have his own memories of what this Jewish community provided him during his childhood years.