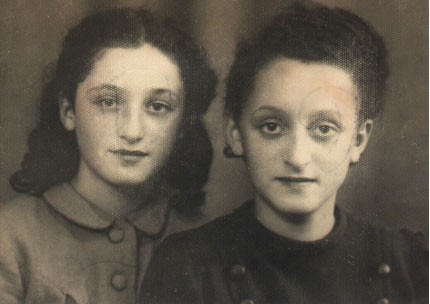 It was the winter of 2002. I was living in Jerusalem, in my second year of a three-year acting course at the Nissan Nativ acting studio. We were sitting in a circle towards the end of the class, when our teacher asked us to prepare an exercise on a character that we know well, preferably someone who is still alive.

I felt no hesitation. I knew that I wanted to bring my grandmother to the stage. My grandmother, Esther Feldman Shaish, whom we called Grandma Edja, was my role model in so many ways, and I wanted to honour her. I was busy collecting memories, phrases and stories that she used to tell, when I suddenly remembered that she’d been interviewed for Steven Spielberg’s Survivors of the Shoah Visual History Foundation. The interview took place several years earlier, when I was still an officer in the Israeli army. However, I never had the courage to watch it. I didn’t feel ready to hear difficult stories from her childhood spent in the Lodz ghetto during the Second World War.

But now, I took a deep breath and cleared my schedule for the night in order to watch the video. I watched it repeatedly, moved and sobbing, from the sad yet optimistic story. I was inspired by her story of how she managed to run away from a Nazi soldier, and how she showed bravery along with kindness.

One thing in particular caught my attention. Her diary. After the war, my grandmother, then about 14 years old, was asked by her principal to write all that had happened to her and her family. She spent some time journaling and handed it over to him. She said that he had given the diary to a museum that no longer exists. And that was it. There was no trail.

But soon my heart lit up. I was so intrigued by the story and I felt sure that her diary could be found. After a sleepless night, I contacted my mother and we brainstormed about where the diary might be. Within a few hours, we found it at Yad Vashem, the largest Holocaust museum in the world.

I canceled my engagements and dashed to Yad Vashem to view the diary with my own eyes. There it was! I found a booklet written in Yiddish in beautiful handwriting signed by my grandmother, Ester Feldman. While the handwriting was nothing like my grandmother’s handwriting today, her signature was the same! It hadn’t changed over the years.

I was so moved and excited. I asked if I could take the diary home, but I was told that it wasn’t possible. Instead, I made a photocopy and dashed back home, forgetting about the assignment and my scheduled classes.

That evening, the entire family gathered at my uncle’s house. We had a lovely dinner but the main surprise was yet to come. At the right moment, we showed my grandmother the copy of her diary. She was moved. We all were. There wasn’t a dry eye in the house. We were all crying and hugging, surrounding her with infinite love and support.

Not so long after, my grandmother translated her diary into Hebrew and a new family tradition was born. Every time someone new joins the family, whether by birth or a wedding, they receive a copy of the diary.

My grandmother lived to see my brother and me get married and starting families.

This was the most important and absolute victory over the Nazis.

Last week, my 10-year-old daughter looked at me and asked me if I missed Savta Edja. When I replied yes, of course. She said: but you have her smile. I hugged my daughter, took a deep breath and said: you too. You too have her smile.


Caption: Esther Feldman Shaish and her sister Karola. Esther's diary about life in the Lodz Ghetto was discovered by her granddaughter Tal Shaish decades later at Yad Vashem.

If you would like to submit an essay to the “What we inherit” section, please email the editor at wschneider@jewishhamilton.org.