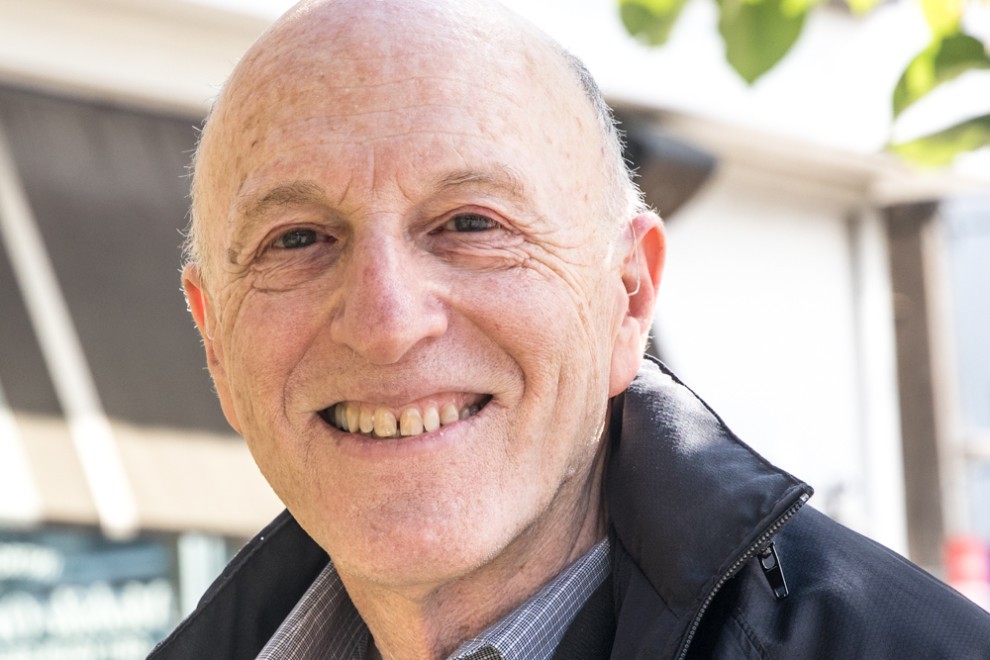 They call Chanukah “the prettiest holiday of them all.” When I stand in front of the hanukkiah with my wife, my sons and daughters-in-law, and our five grandchildren, I think not only of the wonder of the Chanukah story, but of the wonder that I and they are here at all.

If you think about it, everyone’s life is miraculous, from conception forward. There is chance at every turn. I am perhaps more sensitive to the idea of chance than others. If I were more religious, I might use a different word. But that my father lived beyond his twenties, that he came to Canada when very few Jews were admitted, that he worked, married, had children and grandchildren and lived a full life here from 1935 until his death in 1990, was grounded in one single, chance conversation.

In 1935, my father Jack Starkman was 21 years old, living in a shtetl in southeast Poland called Klimontow. His father died when Jack was young, but paternal uncles and aunts had come to Canada in the early 1900s, part of a wave of Jewish immigration from Poland and Russia that revitalized existing Jewish communities across the country, including our communities in Toronto and Hamilton. By the 1920s and 1930s, the barriers to immigration — particularly immigration from marginalized groups like Eastern European Jews—had been erected and fortified. Those were the years when “none was too many.”

Cut to Toronto. It’s also 1935 and 25-year-old Allan Grossman was courting Jack’s cousin, Ethel Starkman. Grossman was laying the basis for a future career in politics that would see him elected municipally in 1952, provincially in 1955, and elevated to a cabinet position in the Ontario government in 1960. But all that lay ahead. In 1935, Grossman was still at the boasting stage, bragging about his connections and influence. A skeptic, Jack’s uncle demanded proof. The challenge probably went like this: “If you’re such a big macher, why don’t you bring more family to Canada?” To my eternal gratitude, Allan Grossman did. Money was raised for train fare to Ottawa, hotel accommodation, and probably to schmear a political palm or two. In the end, Grossman returned to Toronto with a blank entry permit in hand.

Because my father was the eldest of three children, my grandmother Kaela decided that he should be the one to come. It was Jack’s goal to work hard and bring the rest of his family to safety. That goal was never realized. Germany invaded Poland in 1939. In 1942, the Shoah began in earnest. In October, Kaela, Simcha, Chaim and other members of my family perished at Treblinka.

Jack never completely overcame his survivor guilt. He questioned whether his was the right name to appear on the permit. He wondered if one of his brothers, given the chance, might have succeeded, as if the isolated actions of one man could have changed their fate.

But Jack did take the chance he was given, and he used it well. In 1942, he met and married Lillian Caplan, a Hamilton girl from a typically large York Street family. My maternal grandparents, Shalom and Rivka became his parents; he had two sons and three grandchildren when he died. Two more followed his death. There are currently five great grandchildren, the eldest also named Jack. He embraced his new country and its language with a passion. As a landed Torontonian, he had little good to say about my mother’s hometown. Nevertheless, whenever we crossed the Canada / US border and the customs inspector asked him where he was born, my father, strange as it seems, would invariably answer "Hem-il-tun" in his soft Polish Yiddish accent. Remarkably, we were always waved through.

Are the outcomes of our lives, like the arc of a spinning Chanukah dreidel, governed by miracle or chance? If they are, my family landed on Gimmel.

Harvey Starkman is a Toronto-based writer. He dedicates this, his first HJN article  to the Caplan, Cohen, and Foreman families who bind him to the Hamilton community.