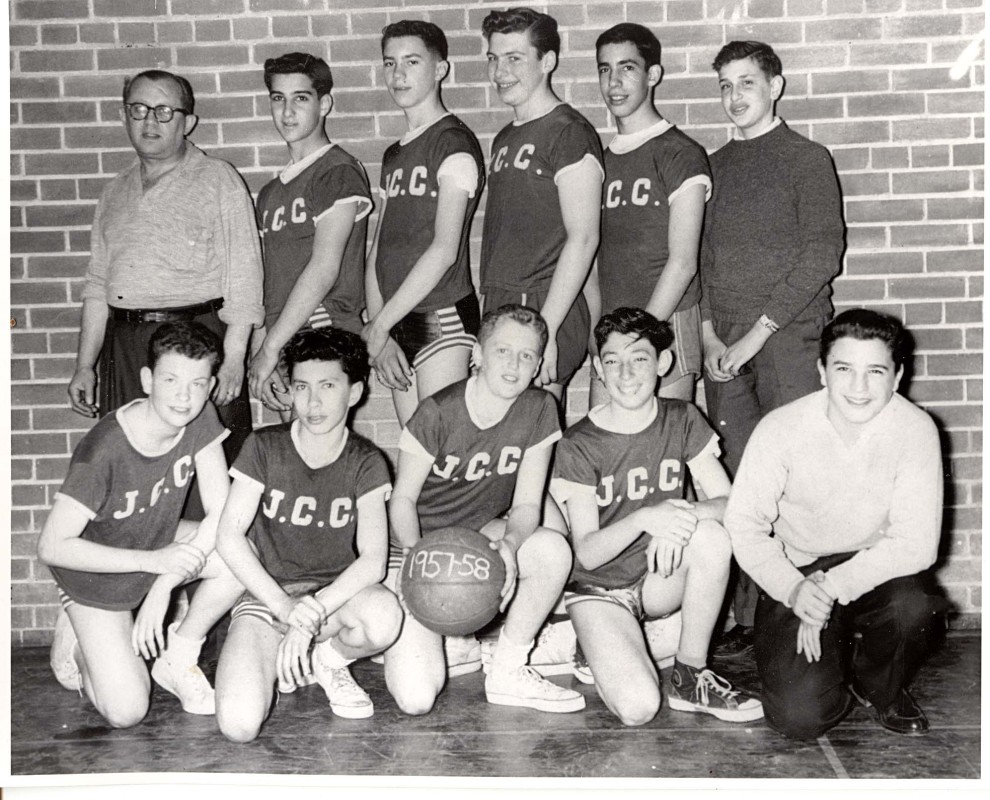 An article I came across recently on the benefits of play and laughter took me back to a time when I did a great deal of playing and laughing at the Delaware Avenue JCC.

The JCC was first and foremost a safe place. Our parents dropped us off there with the peace of mind that comes from knowing that our wellbeing was the primary concern of the adults who worked there. These men and women knew who we were and where we came from. Max Rotman, Sam Brownstone, and Bill Stern were exceptional people, and nothing got by them — good or bad. They were our spiritual and surrogate parents.

Most of my recollections of the JCC date back to the mid-1950s to the mid-1960s,when my family lived on Delaware Avenue. It was a wonderful neighbourhood full of beautiful streets, lush trees and gardens, wide boulevards, and a cadre of young Jewish boys and girls. Our hood went from Sherman Avenue to Wentworth, King Street  to Cumberland. Our names were Eber, Levy, Szpirglas, Smurlick, Freeman, Perlmuter, Seidenfeld, Moscovitch, Welkovics, Lindenberg, Lieberman, Goldstein, Silber, and Minich. We were inextricably bound together both by age and by the fact that most our parents were immigrants or Holocaust survivors.

Camp Kadimah
We would have first encountered each other at Camp Kadimah. There were basketball,volleyball, baseball, football, and dodge ball games on rainy days. Any game with a ball was worth a try. There were field trips to Port Dalhousie. Webster’s Falls, the Dundas Driving  Park, La Salle Park and the SS Lady Hamilton, and overnight outings to Beverley Township. I can’t forget the feeling of sitting by the campfire listening to spooky stories eating barbecued hot dogs and roasted marshmallows.

Who can forget Mrs. Charlotte Rosenfeld’s great lunches that included trays of egg, tuna, peanut butter and jam sandwiches served on large cardboard trays with bug juice in stainless steel jugs. It goes without saying that the gauntlet was thrown to the ground as to who could eat the most sandwiches. One had to be very scrupulous and meticulous in the count here, as some claimed to have eaten 10 sandwiches, when they were really only 10 half sandwiches. Who can forget the occasional lunchtime entertainment of Earl Waxman getting up on a table to belt out his rendition of Elvis Presley’s “You Ain’t Nothing but a Hound Dog”, always met with thunderous applause?

It occurs to me that one of the reasons we were such a close knit group is that we started every camp day by singing Hatikvah by the basketball court and ending our day, hands interlocked singing Day is Done. As an adult, I recognize these rituals  as effective team building exercises, but back then it just felt good to be joining hands and reaffirming our friendship with each other at the end of every day.

Talmud Torah
The community Talmud Torah, or “terrible torture” as many of us called it, occupied the second floor of the JCC. It, too, was staffed with special people, including Rabbi Katz, Rabbi Altshuler, Rabbi Seidenfeld, and the diminutive Miss Kroch. Small in stature she may have been, but Miss Kroch was  a powerhouse, her operatic voice belting out the holiday tunes she taught us. No matter how hard we tried to weasel out of singing along, she allowed  no exceptions — you either participated or she was in your face.

For that matter, non-participation was never tolerated in any of our classes, be it Hebrew reading, grammar, prayer, Chumash, or learning about the Jewish holidays. Yelling was the norm for both  teachers and students. We spent our class time passing notes, mocking the teachers and each other, and decorating the ceiling with spitballs— anything to disrupt the class. It was not unheard of for teachers to respond to our disruptive behaviour with corporal punishment, that included the occasional chalkboard eraser launched at us from the front of the room.  It was a badge of honour to be kicked out of class and stand in the hall. Of course, that lasted all of 30 seconds because we ended up wandering downstairs to some ongoing activity. We usually got caught by someone — more often than not by Sam Brownstone, whose office was also on the second floor  — and sent back upstairs.  Notwithstanding our taking every opportunity to test the limits of our teachers, Talmud Torah gave us the gift of a Jewish education, something we didn’t appreciate at the time.

Hadassah Bazaar
The annual Hadassah bazaar, held in the JCC’s big gymnasium, was one of the year’s most-anticipated events. Crowds would begin lining up in the early morning,waiting for the doors to open. Each of the many Hadassah chapters participated.  One collected and sold high-end second-hand clothing;  Another ran bingo and games of chance. My mother’s chapter, Hannah Szenes, worked for days in the JCC kitchen preparing all sorts of baked goods to sell. My mother would invariably return home with stories of how their goodies sold out in a matter of minutes, leaving her colleagues who had hoped to take some treats home to their families out of luck. Eventually a solution was found by squirreling away some choice items so that the Bazaar ladies had something to purchase at the end of the day. The added bonus for my friends and I was that we too got to share in the goodies.

My mother’s chapter was particularly proud of the fact that, despite their small numbers, they managed to raise more money than any other chapter.

One year I remember playing a game of chance at one of the booths and subsequently winning quite a bit of money. I proudly went over to show my mother at the cake kiosk. She immediately took off her apron, marched me back to the  booth, and had me make a “volunteer donation.”  It was a lesson I never forgot.