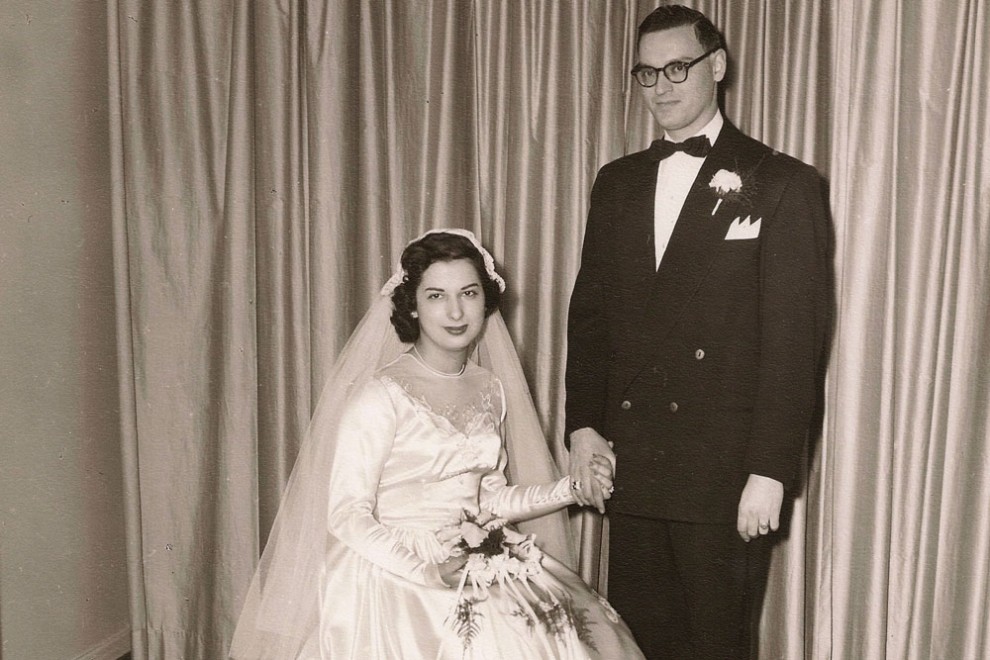 How can you measure the worth of a person’s life? In Twelfth Night, Shakespeare wrote, “Some [men] are born great, some achieve greatness, and some have greatness thrust upon them.” There are people whose achievements are remembered for generations to come, but does that mean that someone who leads an honest and pious, yet non-descript life, is any less great? Embracing Jewish values, we strive to earn a “Shem Tov” – a good name.  In Proverbs 22:1, we learn that “A good name is more desirable than great wealth, more than even silver or gold.”

When I think of my father, Louis Brock, who passed away earlier this year, I look at a man who did his best to do everything right, though much of his life was not easy. He and my mother were happily married for 66 years. They raised three children and subsequently enjoyed eight grandchildren. With his kind, gentle nature, ever present smile and unremitting sense of humour, with never a complaint, he worked and struggled to provide for his family, yet always found time to volunteer and support his community.

Enjoying reasonably good health right up until a few months before his passing, he volunteered weekly at a B’nai Brith Senior’s Residence in Montreal. With the self-anointed title of “Head Garbalogist,” he diligently scraped off dirty plates into the trash after lunch, preparing them for washing. If anyone would ask him why he continued to perform such a messy task at his age, the 92-year-old would reply without a hint of sarcasm, “I like to help old people.”

Yet there always seems to be a desire to achieve more; to create a legacy that will endure beyond one’s years on earth. In my father’s case, his desired immortality centred around a jar of jam. He had once read that if you live to the age of 100, the Smuckers jam company would put your picture on a jar of their preserves. Whether true or not – and I don’t believe he ever checked – from the time he heard about it, his goal became to reach his 100th birthday.

Sadly, he missed his mark by seven years and never ended up being the face of grape jelly. I always found this to be odd, for a man who never ate jam.

While you will never read about Louis Brock in the history books, in his own way, he achieved greatness and did his part to leave this world a little better off than when he entered it. His good name now lives on in the hearts and minds of his family, friends and all the many people whose lives he touched.

Sleep well, Dad. You have earned your well deserved rest.

Steven Brock is a frequent contributor to the HJN.