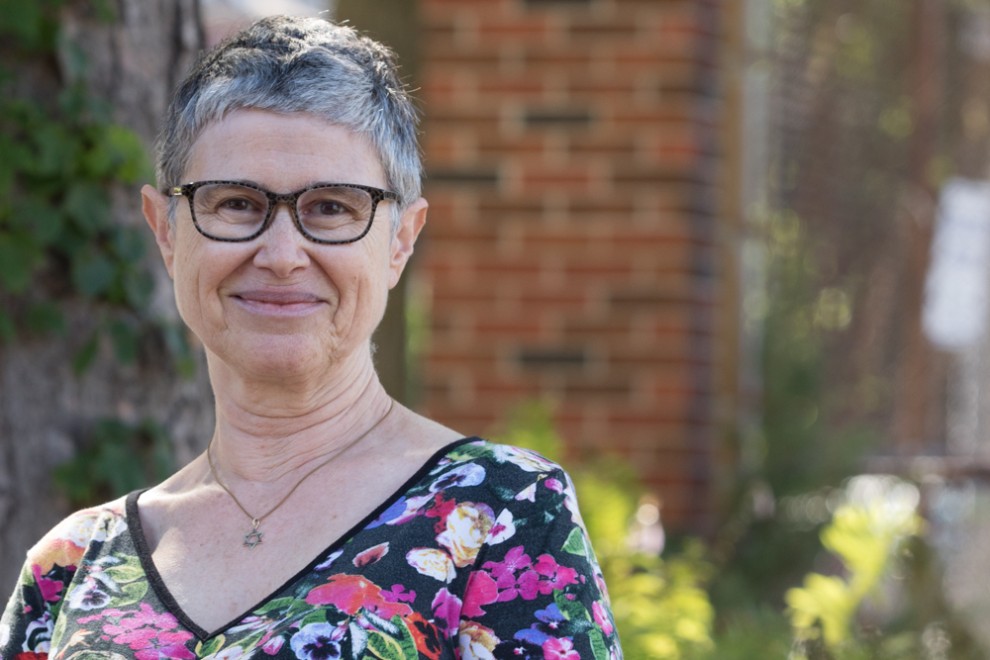 Over the ages, Chanukah has lent itself to various interpretations, and even the historical facts are not entirely clear. However, we know that the Hebrews lost their religious rights and control of their temple for some time, and then got them back. When I was growing up in the Israeli public school system, the emphasis was on the attempt at forced assimilation as well as the victory of the freedom fighters.  On both counts, I cannot but think of the parallels between colonization in antiquity and in modern times.

In October, the Haldimand County police services board called on the Ontario Provincial Police to take action against what it called “acts of terrorism” committed by Haudenosaunee land defenders who have halted a housing development in Caledonia.

Looking back on our own history in today’s terms, the Hashmonaim, more commonly known as the Maccabees, with their guerilla tactics, would no doubt be hunted down as terrorists. But unlike that armed revolt, the Haudenosaunee land defenders have been non-violent. It is the OPP that has used violence against them.

Taking over land and other natural resources, through whatever means required, is a hallmark of colonization. On Turtle Island (the Indigenous name for North America), the signing of treaties with no intention of keeping them was considered acceptable against people who were considered “savages.” To this day, despite the Truth and Reconciliation Commission (TRC) and Canada’s commitment to uphold the United Nations Declaration on the Rights of Indigenous Peoples (UNDRIP), Canadian authorities continue to ignore Indigenous sovereignty. They repeatedly take drastic actions affecting Indigenous land, water and holy sites without obtaining the required free, prior and informed consent. Land claims are being dragged through the courts endlessly.

Forced assimilation, often in partnership with the churches, has been one such colonial tactic. if you can “take the Indian out of the child,” there will be no one left to resist.

Legal and violent measures were used to prevent spiritual and social practices, including use of Indigenous languages; children were punished and tortured for speaking their mother tongue. As Jews who have fought to reclaim Hebrew, we may have a glimmer of the enormity of this hurt. And of course, the massive, violent residential school project that removed children from their communities, traumatizing not only the children, but their parents and communities too, resulted in widespread and long-lasting inter-generational trauma.

Canada has apologized to survivors of the residential schools, and some provinces have apologized for the theft of children from their communities that followed. But just as residential schools were being shut down, “child protection” services began a massive removal of children from their homes, communities and cultures, between 1955 and 1989, to be adopted by non-Indigenous parents and even outside of Canada.

The Ontario Association of Children’s Aid Societies has even acknowledged that the “Sixties Scoop,” and many current practices have resulted in cultural genocide for the Indigenous people of Ontario. Despite these apologies, Indigenous children are still being removed from their communities at alarming rates.  Instead of supporting traumatized and impoverished Indigenous parents and communities, children are removed and money is poured into the foster system. There are few cultural supports for these young people, who lose their identity and are lost to their communities.

As I write this, I am sadly confident that my ruminations on the fight against colonization will still be relevant at Chanukah time. In Caledonia, it is Six Nations that are defending their land; in B.C., the Wet’suwet’en are resisting a Canada-owned pipeline expansion that will go under their water sources, destroying pristine, unceded territory, homes, and sacred sites.

In Halifax, the Mi’kmaq fishermen are left to fend for themselves while they and their traditional — and legally recognized — fishing rights are under attack. These are just a few of the current struggles for Indigenous rights.

At this time of year, as we celebrate our freedoms, let us consider what our government is still doing to those who have cared for the land which we inhabit.

Miriam Sager works with others to stop climate change, and leads listening circles.