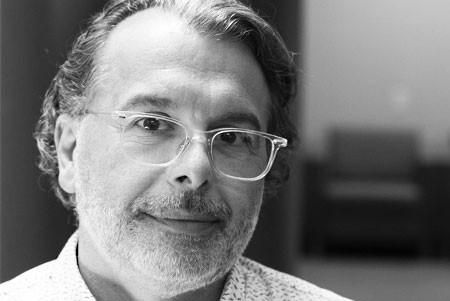 My heart breaks as I scroll through social media, which is overflowing with horrible scenes of the Israel-Hamas conflict. The misinformation, the carnage, and, most importantly, the lives of innocent civilians lost.

In Judaism, every life is precious, a universe with unlimited potential. Like my fellow Jewish Canadians, and so many Hamiltonians, my heart is heavy for the loss of all life—Israeli and Palestinian alike. And, like many Hamiltonians, I yearn for peace.

A real peace can only be built on truth. Here’s what happened. With domestic tensions already running high, the latest violence was instigated by Islamic Jihadist terrorist groups in the midst of a power struggle following the cancelation of the first Palestinian election in fifteen years.  It was purportedly sparked by a property dispute in East Jerusalem, which Palestinian Islamic Jihad and Hamas—a listed terrorist entity— has exploited to launch more than three thousand missiles – indiscriminately targeting Israeli civilians and using Palestinians as human shields.

Meanwhile, Israel has taken steps to limit their own response to military targets only. It is an inescapable truth that, if it were not for the Iron Dome, there would be many more Israeli lives lost.

I welcome the news of a ceasefire and mourn the lives lost on both sides.

Everything about the Israel-Hamas conflict is almost incomprehensible for many born and raised in Hamilton.

Ask yourself: how would you feel?

I lived in Argentina, and I survived the 1994 bombing in Buenos Aires of Asociación Mutual Israelita Argentina by the Iranian-funded terrorist proxy, Hezbollah. I was working next door when it happened. The blast murdered 85 people and injured hundreds more.

I know first-hand the feelings of horror and heartbreak of a terrorist attack.

The job of a Canadian leader is to bring people together.

During the current strife, there are those who seek to divide us.

In a Facebook post on the Israeli-Hamas conflict, Member of Parliament Matthew Green (Hamilton Centre) shared an article, The right to resist in occupied Palestine: denial and suppression. Citing an article that is so imprecise in its condemnation of violence, without clear delineation between violent and non-violent protest, is tantamount to approving terrorists’ use of indiscriminate violence against civilians. Then Mr. Green redoubled this dangerously vague support of ‘resistance:’ After sharing the article, he assured us that he will “strongly stand” by his convictions.

Since the conflict began, I have not seen or heard Mr. Green ever publicly condemn Hamas and Islamic Jihad’s indiscriminate targeting of civilians. Indeed, he has condoned it, playing up one-sided spin in the media while his party exploited disinformation about the conflict as a fundraising opportunity. Think about it: The NDP is fundraising on the backs of victims of a conflict.

The role of a Canadian leader, of a Member of Parliament, is to bring people together. It is neither to stoke divisions nor take an uninformed, simplistic side in a complex foreign conflict that risks tearing neighbours apart. Yes, the Israeli-Palestinian situation is complex. Yes, there are uncomfortable conversations, but it is now clear that, for Mr. Green, Israeli lives simply don’t matter.

A worrisome rise in antisemitism
Unfortunately, what has happened in Israel and Gaza has resulted in a rise in domestic antisemitism. In connection with the conflict, there is now a horrifying and toxic spate of antisemitic acts unfolding in Canadian cities across the country. In Montreal, during a peaceful rally, members of the pro-Israel community were pelted with rocks. There are reports from Edmonton, Toronto, and Montreal of anti-Israel protesters harassing residents of predominantly Jewish neighbourhoods; of Jewish homes targeted with specious “eviction” notices; and countless more similarly horrifying incidents; of parents scared to send their kids to school. Montreal police went as far as calling what is happening “a hate wave against the Jewish community”.

We cannot stir hatred. We must come together and strengthen our resolve for peace.

Jewish Canadians are resilient, but all Canadians of good will must stand together united against antisemitism.

United in peace
At home in Hamilton, we must do what Hamiltonians do best: come together for peace in the face of unspeakable tragedy. Just as we did when the Hindu Samaj Temple was burned in 2001. Just as we did after the massacre at the Tree of Life Synagogue in 2018.

Now, as then, Hamiltonians must come together. United against violence. United in peace.