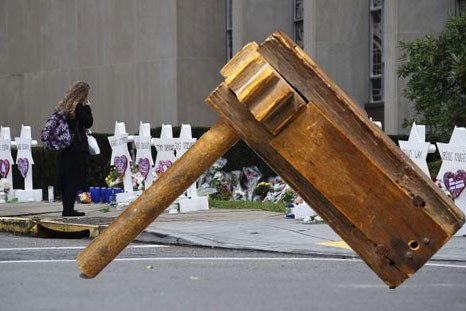 After the October 27 attack that left 11 dead, a top story in the New York Times was headlined “Who Is (sound of grogger)