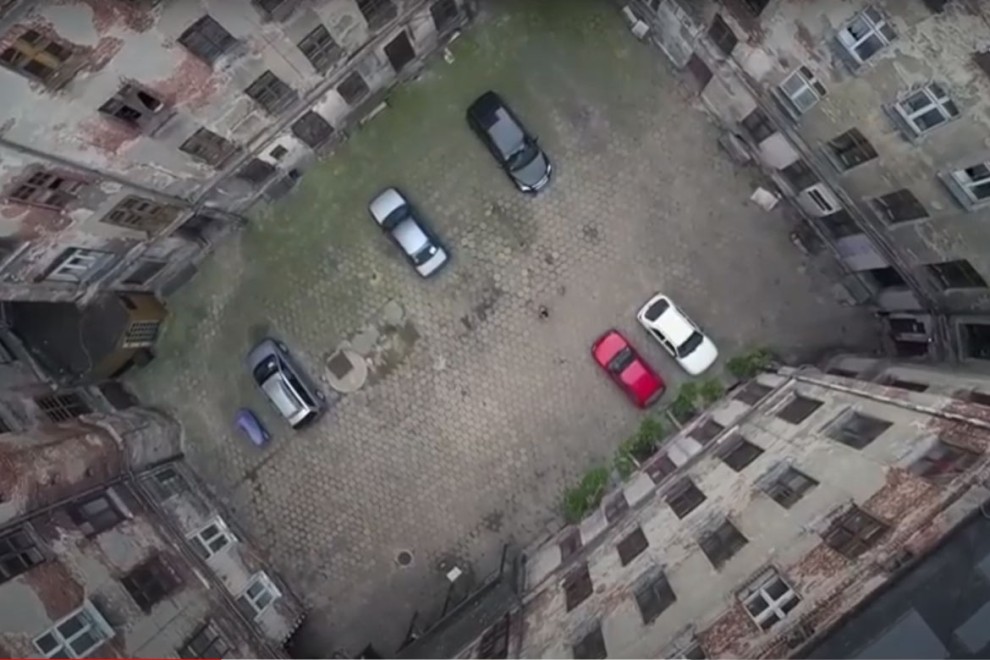 Have you ever experienced the flood of memories brought on by a single photograph? That is exactly what happened to my mother, Sonia Ger, during the Hamilton Jewish Federation’s virtual screening of the documentary Still Life in Lodz on Yom HaShoah (Holocaust Remembrance Day.)

Still Life in Lodz centres on a Jewish woman’s emotional return to Poland 48 years after her family was expelled from the country during a wave of antisemitic reprisals following the Six-Day War. Back in Lodz, historic researcher Lila Elbaum comes face to face with a still-life painting that hung in her family’s apartment from 1945 to 1968. What follows is a deeply personal detective story and an ode to the lost generations of Jewish Lodz.  Ironically, my mother experienced a similar flood of memories from her past when a photograph of  four apartment buildings surrounding a central courtyard appeared on the screen.

“I lived in that building,” my 91-year old mother told us, and soon, she was sharing details of her life during and immediately after the war that we had never heard before. My mother’s carefree childhood in the town of Pinsk was harshly interrupted by the German invasion of Poland when she was 13 years old. She, her parents, and a cousin survived the war, due to the kindness of their Christian housekeeper, Sofia  Fiodorchenko, who hid them in her cellar for nearly two years. When Pinsk was liberated by the Red Army in 1944, they came out of hiding, to find the town destroyed and only a handful of Jews left alive. My grandfather moved his wife and daughter to Lodz, where they lived for a year. They were so grateful to their housekeeper that they brought her with them and set her up in her own apartment in the same building where they lived. My mother went to high school in Lodz and my grandfather, who was a baker, opened a bakery. After a year, the family relocated to a Displaced Persons camp in Germany and Sofia remained in Lodz. My grandparents stayed in contact with Sofia and sent her packages of products to sell so that she could support herself. This went on for many years until she passed away.

After the screening, Federation CEO Gustavo Rymberg connected us with Elbaum, who had access to detailed information about pre-and post war tenants of the building featured in the film, and was happy to explore whether this was,  indeed, the same place my mother’s family had lived.

We provided Elbaum with the names of my mother’s parents, Yisrael and Chavah Kuper, and Sofia, their housekeeper, but she could not find any information relating to my family, the high school my mother attended or the location of my grandfather’s bakery, nor any documentation that confirmed my mother’s family had lived in the building. In those years, there  were many buildings of similar structure and appearance in Lodz.  Although we did not find any additional details about my mother’s family, the film stimulated many memories and allowed our family to learn more about my mother’s life in her youth and our family’s resilience through the horrors of the Holocaust.